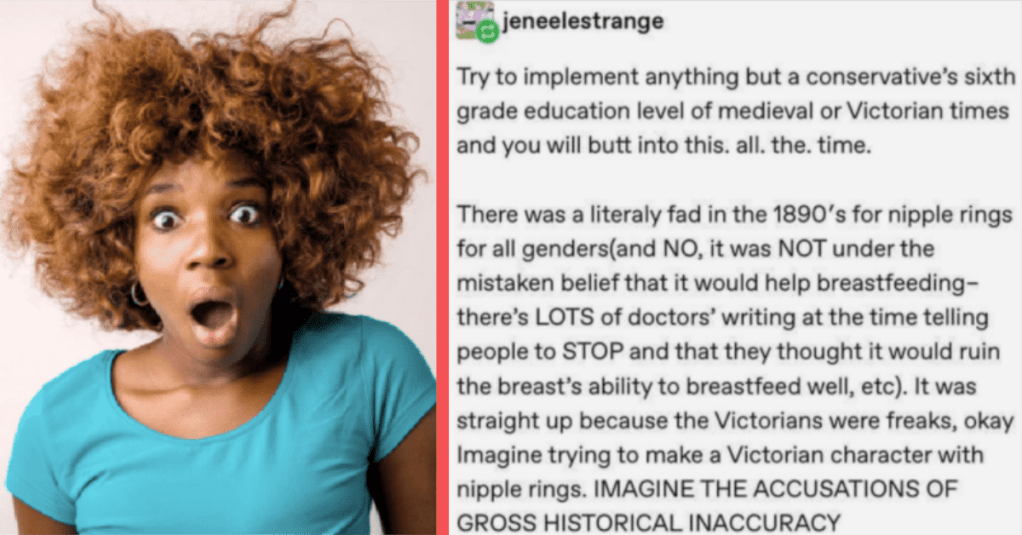 For some reason, people have this idea that all, or at least most, past humans were super prim, proper, and conservative.

Though this isn’t true, so many people believe it’s true that authors, filmmakers, and artists of all sorts are basically unable to write the truth because what’s real would generally read as anachronous to the average person.

Not sure what I mean? This Tumblr thread, which begins with the real fact that “Tiffany” was a common name in the late middle ages. 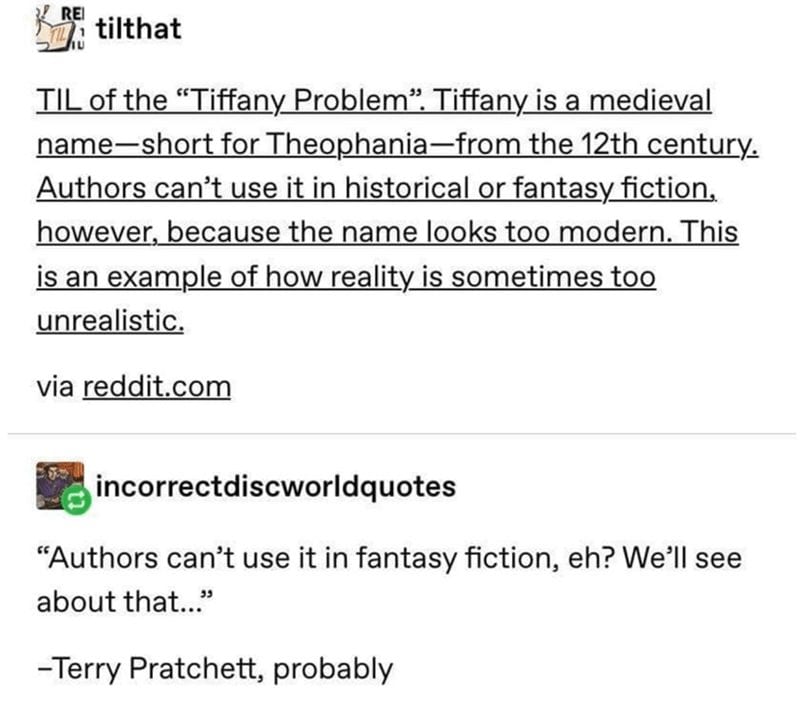 Then, we get the news that nipple rings were a thing in the Victorian age. 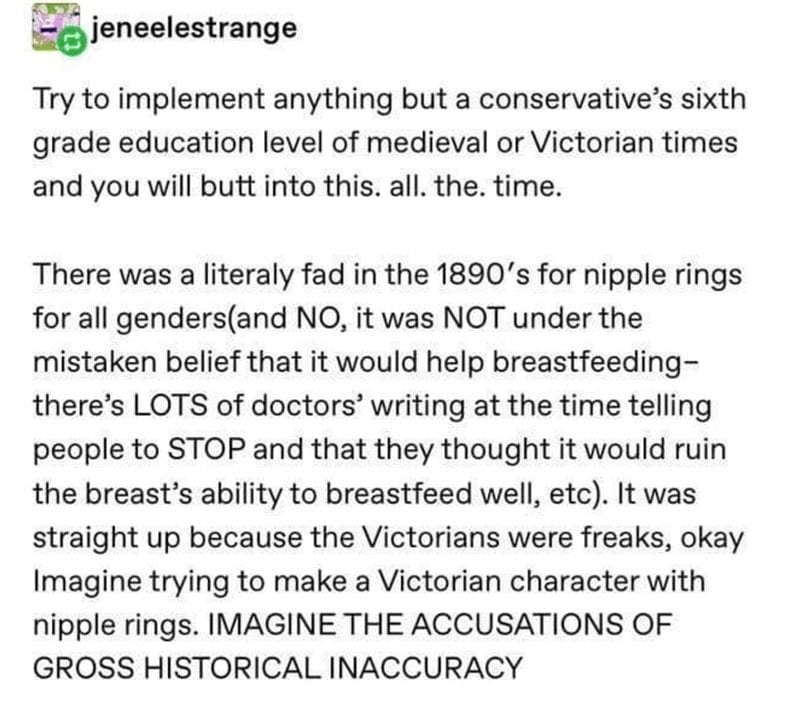 I was with them on the Vikings until “freeform rap battles.” 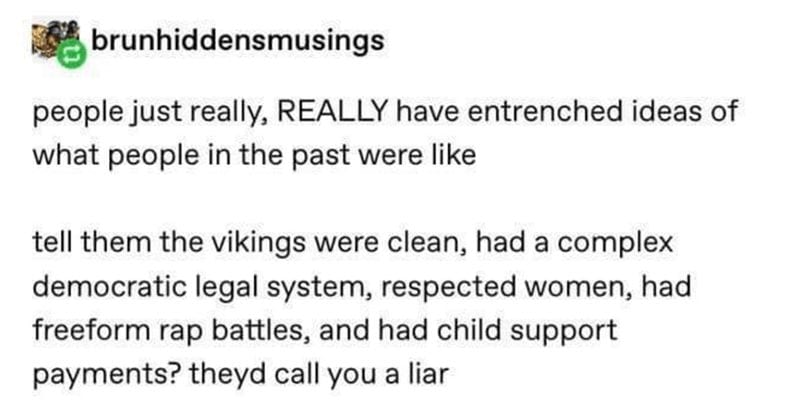 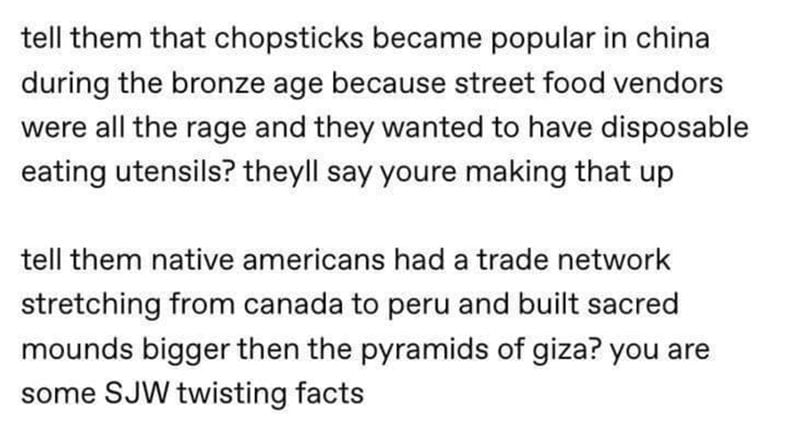 Honestly, all of these sound like better ideas than what actually happened in the last 3 seasons of Game of Thrones. 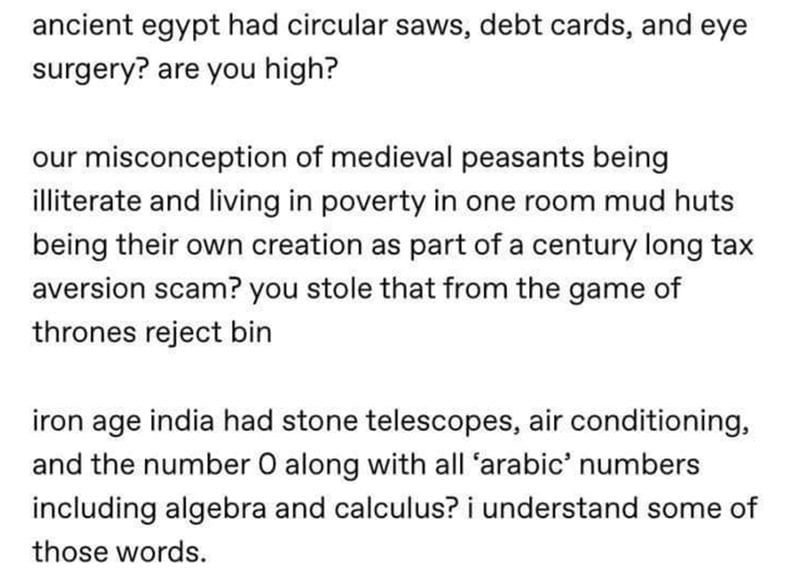 As an ancient historian, none of this shocks me and I wish more people knew the truth! 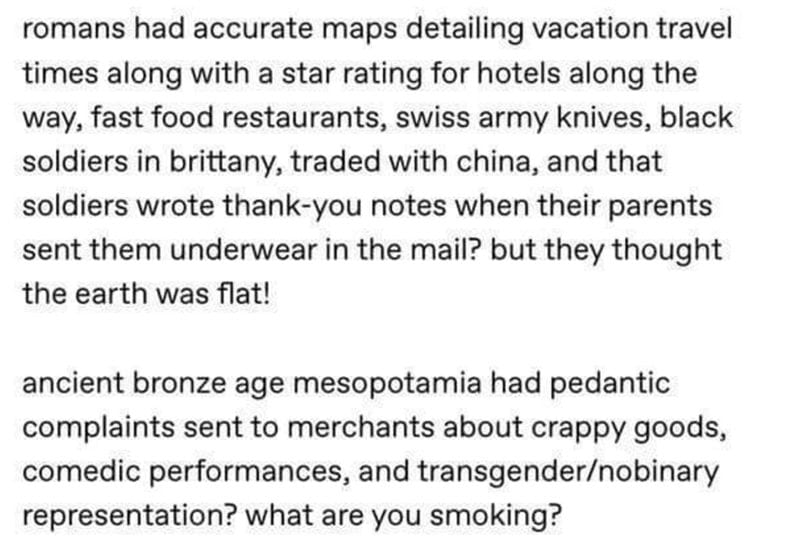 History is definitely weirder than you think. 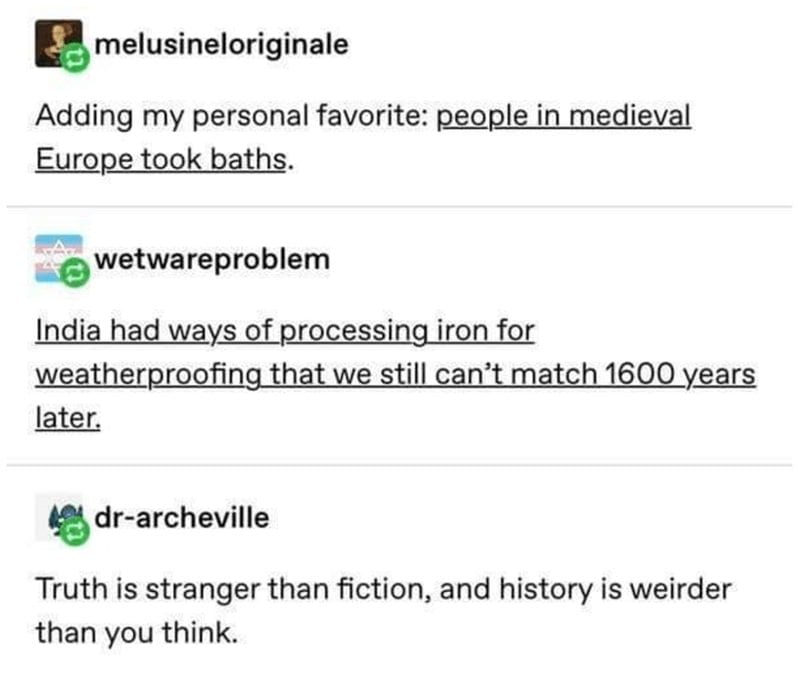 I love each and every one of these facts, y’all!

How many of them surprised you? Any?

Western education has a long way to go, don’t you think?