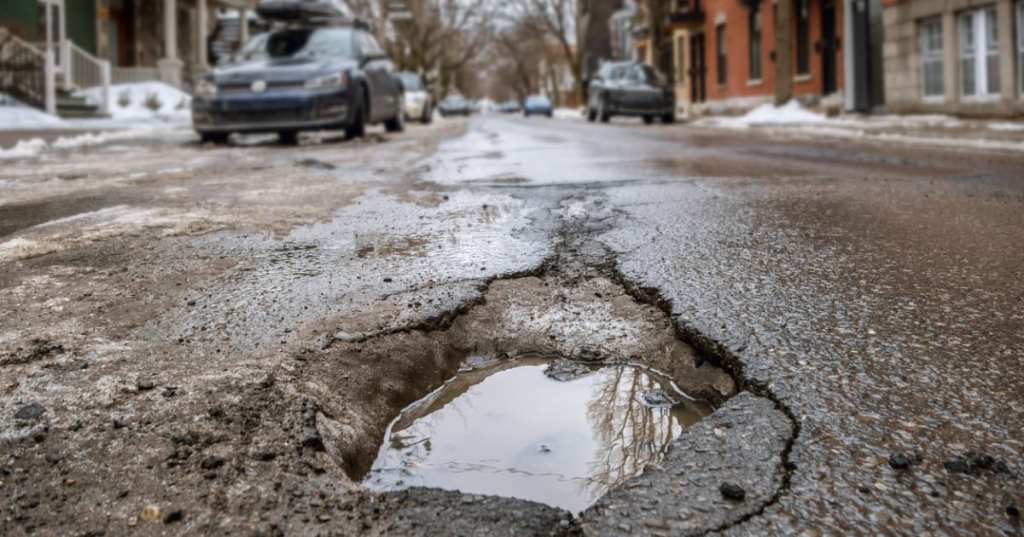 How Your Street Ends Up With Those Annoying Potholes

It’s coming up on pothole-fixing season, y’all. I suppose this is superior to pothole-making season (winter and early spring) but honestly, all of our lives and cars and pocketbooks would be better off if there were no potholes at all.

Maybe the key to preventing potholes is knowing how they get there in the first place (it’s worth a shot, right?) but even if it’s not, knowledge is never a bad thing. 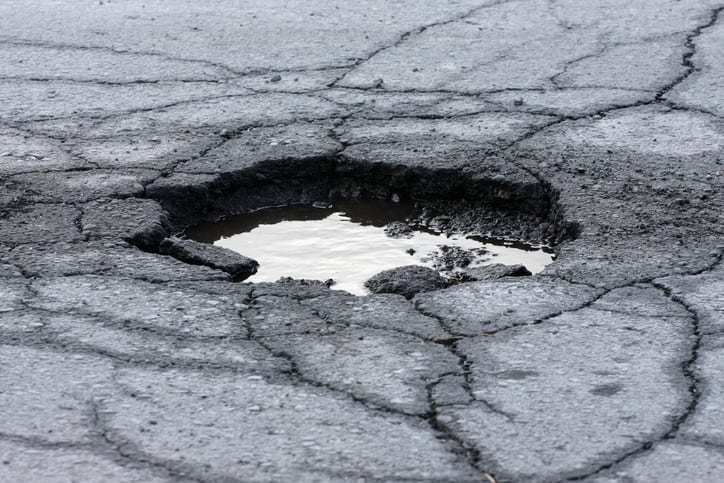 So, without further ado, here’s what makes those annoying, broken spots in the road over the winter.

Potholes happen when water seeps into the rock, gravel, and soil that sits underneath the asphalt on the road and then freezes, which is why they’re most common in the winter and early spring.

Once frozen the water expands, pushing up against the pavement, weakening the asphalt until the pressure finally cracks it, allowing the water to seep toward the surface. Along the way it will freeze and then thaw several more times, leaving gaps and voids and more cracking. 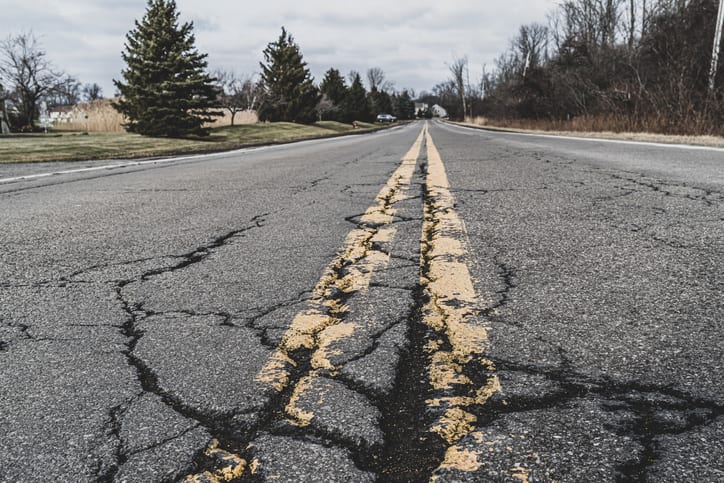 This weakening is further exacerbated by the constant traffic putting pressure on the pavement from the top, which pushes asphalt back into the gaps created by a melting cycle in the ice.

The result is a hole, sometimes the size of a crater, always willing to make you spill your coffee on the way to the office in the morning.

Potholes cause damage to car tires by puncturing them or bending the rims, and can also knock your alignment out of whack fairly quickly. Make sure you’re paying attention, that you keep space between you and the car in front of you, and slowing down if you can’t avoid running through one. 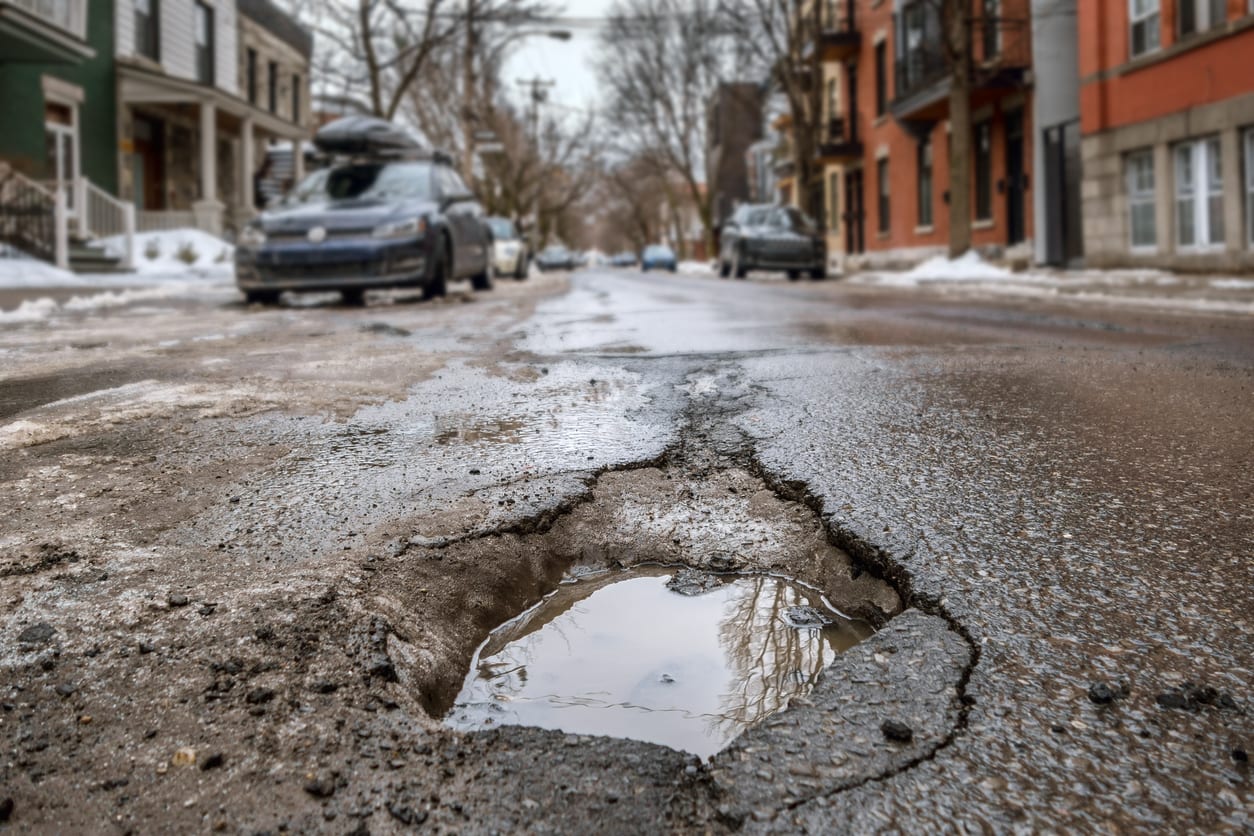 So stay away when you can, y’all – fixing your car isn’t cheap.

Do you have any more tips for saving money on car maintenance? Share them with us in the comments!