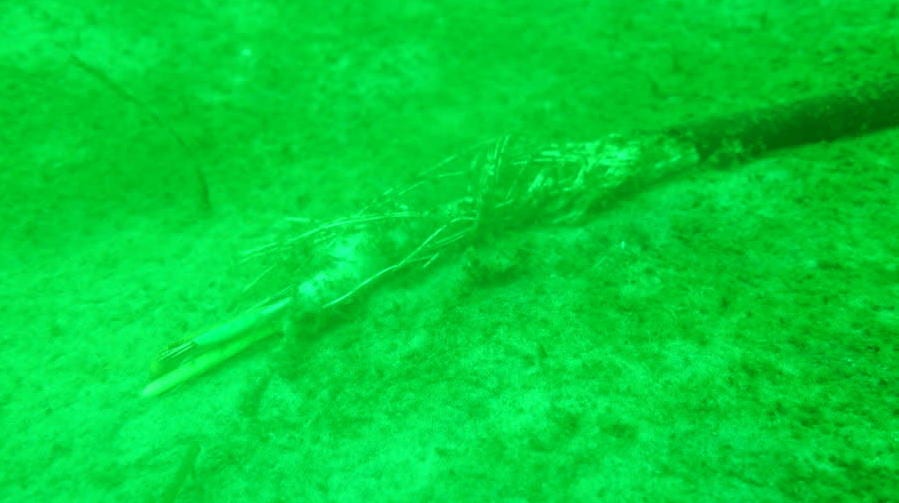 There’s no easy way to say this, so let’s just dive right in: a large underwater observatory has mysteriously gone missing. It was on the seafloor, and now it’s not. Nobody knows why.

The Boknis Eck Observatory has been on the seafloor off the northern coast of Germany since December 2016. It’s managed by GEOMAR Helmholtz Center for Ocean Research Kiel and the Helmholtz Center Geesthacht.

For almost three years, the observatory collected information about water temperature, nutrients, salinity, the speed of water flow, and concentrations of chlorophyll and methane.

But on August 21, transmissions from the observatory suddenly stopped. Divers went down to the site to investigate what went wrong, and they discovered that the entire structure had disappeared except for a shredded transmission cable, Gizmodo reports.

An underwater laboratory disappeared one night last month, and scientists have no idea what happened. https://t.co/EPR3bTHeJg

Sure, it could be an accident. But officials think it’s more likely that someone intentionally removed the observatory, because the structure is so large and heavy that natural causes (such as a storm or animals) couldn’t possibly move it.

But who would steal an underwater observatory? And why?! For now, it remains a mystery. German police are now investigating the incident, and the scientists have asked anyone who knows anything to come forward.

The instrument, located off Germany’s Baltic coast, cost more than $330,000. But its data was ‘priceless,’ one expert said. https://t.co/YHsUOA5rBA

“[At] first we thought of a transmission error,” Hermann Bange, project coordinator for the Boknis Eck Observatory, said in a GEOMAR statement. Then the diving mission revealed that the problem was much larger. “The devices were gone, the divers could not find them anymore. When the divers reached the bottom of the sea last week at the observatory’s location, they found only the torn off land cable. It was completely shredded,” Hermann said.