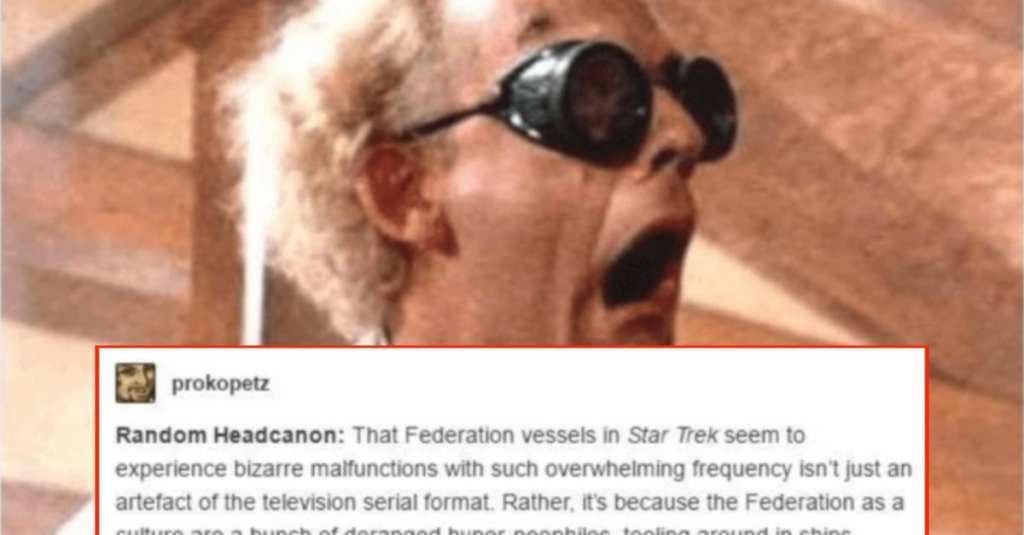 People who love Star Trek really, really love Star Trek. That’s a universal fact that you can carry with you just about anywhere you ever go.

One reason people love Star Trek is that humans are generally pretty great in the show. And by great, I mean they’re fearless and intrepid and just don’t stop.

Recently, Tumblr decided to pick apart exactly what makes humans such an interesting part of the show. The entire thread is really fascinating and is a must-read for any and every Star Trek fan out there.

It all starts with those Federation ships. 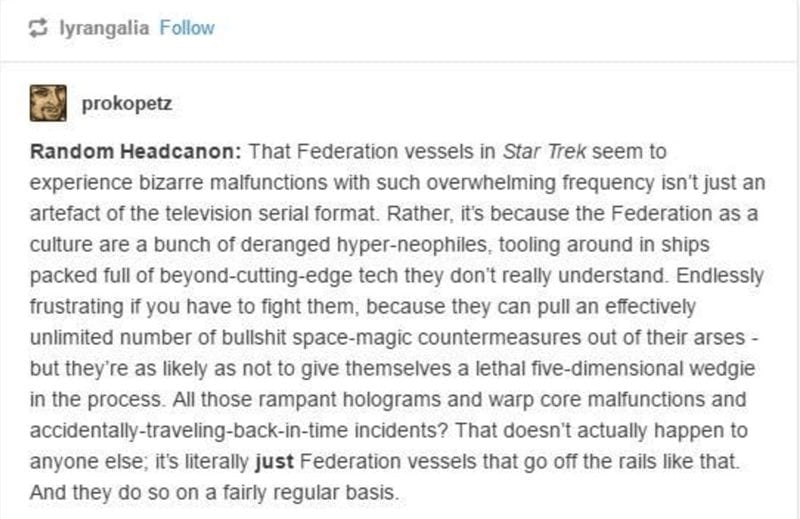 Basically… the humans are Doc Brown? 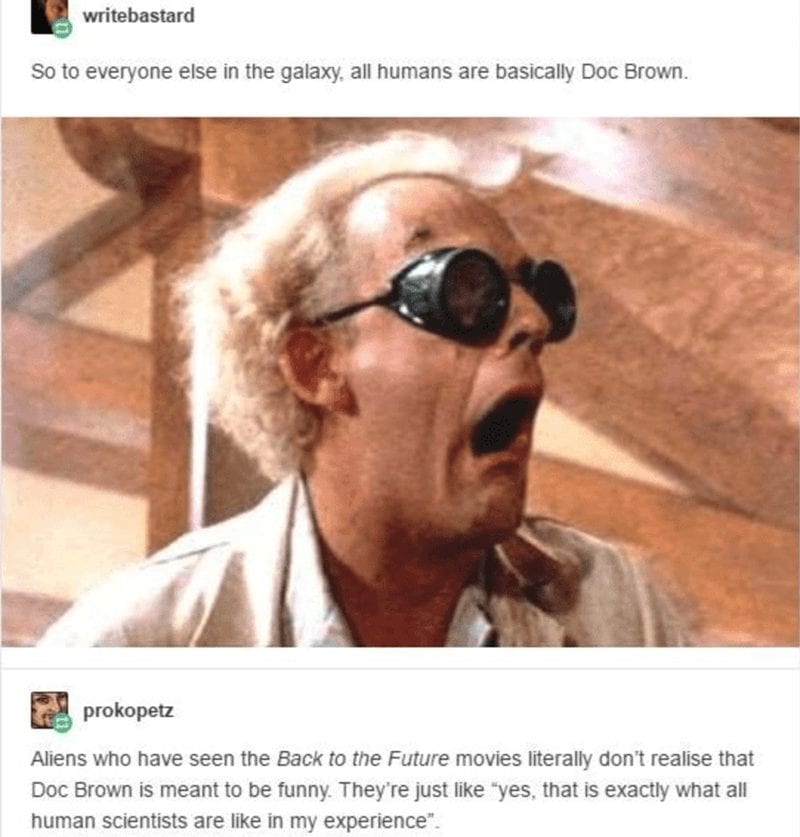 I see… humans in Star Trek are just fools who don’t give up. Sounds familiar! 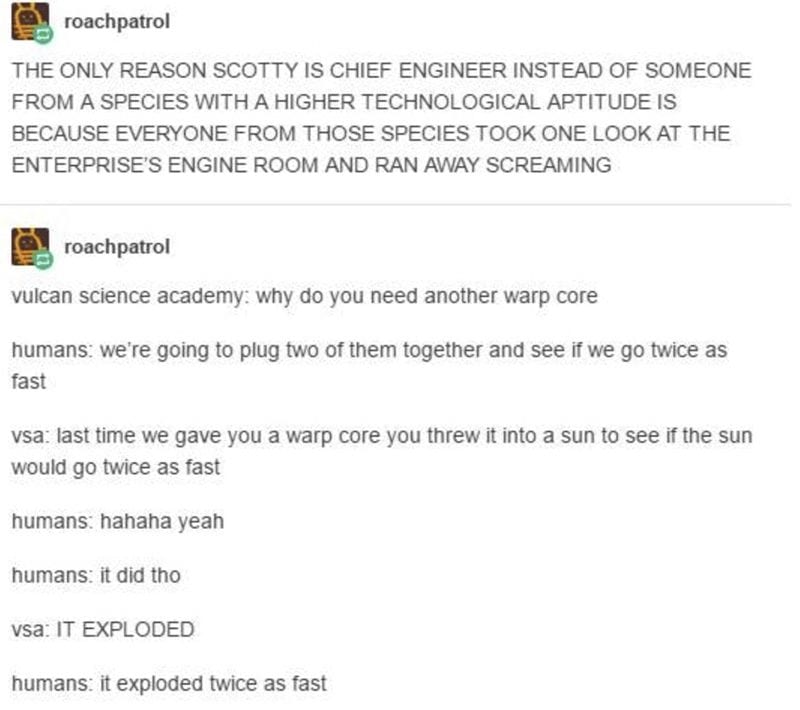 Tumblr even came up with a pretty funny team name for the humans, and it’s pretty hard to deny the accuracy. 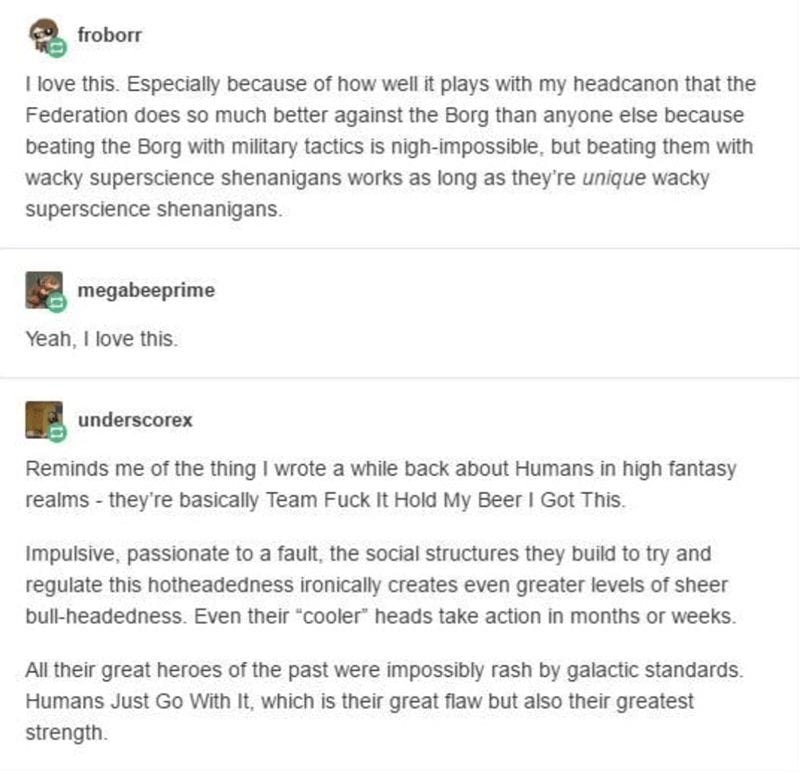 “All their great heroes of the past were impossibly rash by galactic standards.” 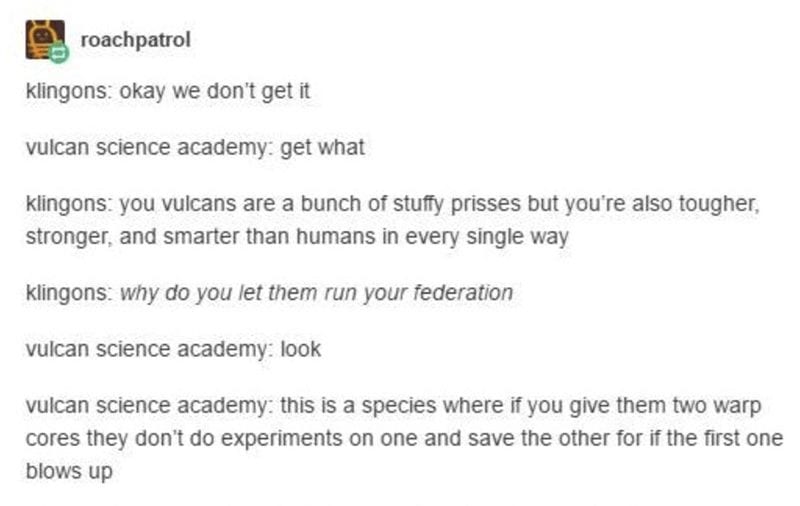 If any group of beings could most accurately read a room of humans, it would undoubtedly be the Vulcans. 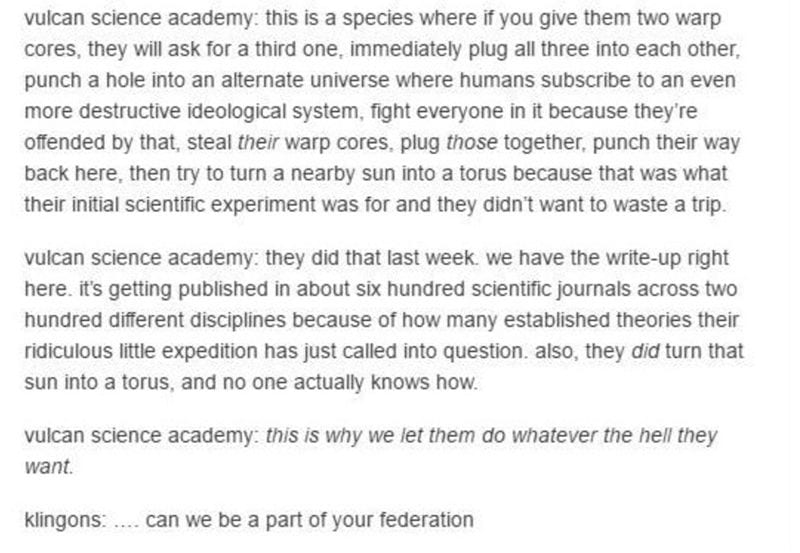 If we have to be infamous for something, it might as well be blowing up stuff and smashing established theories.

Who knows? Maybe there are alien species out there watching the experiment we call Earth right now. 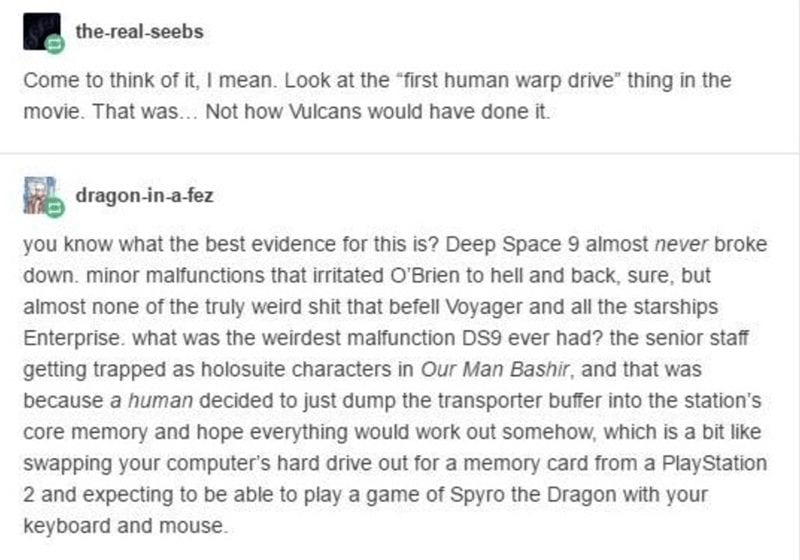 But wait! There’s even more. 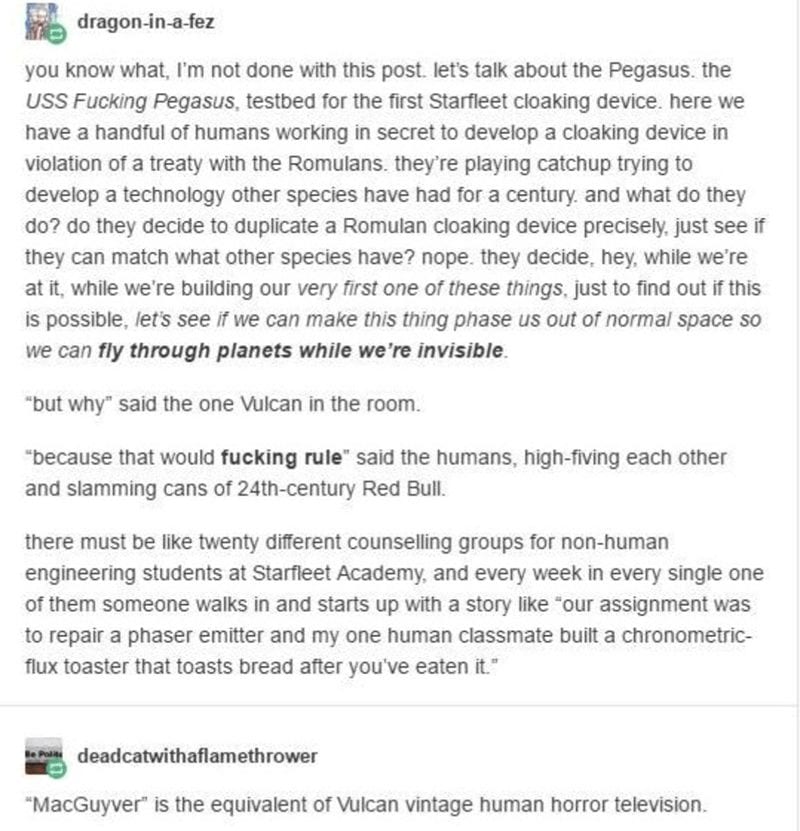 And of course, as all things do, this one ends with the Borg.

What do you think of that story? It’s a pretty amazing one.

Don’t forget to share this with your friends who love Star Trek, and let us know what you think in the comments!