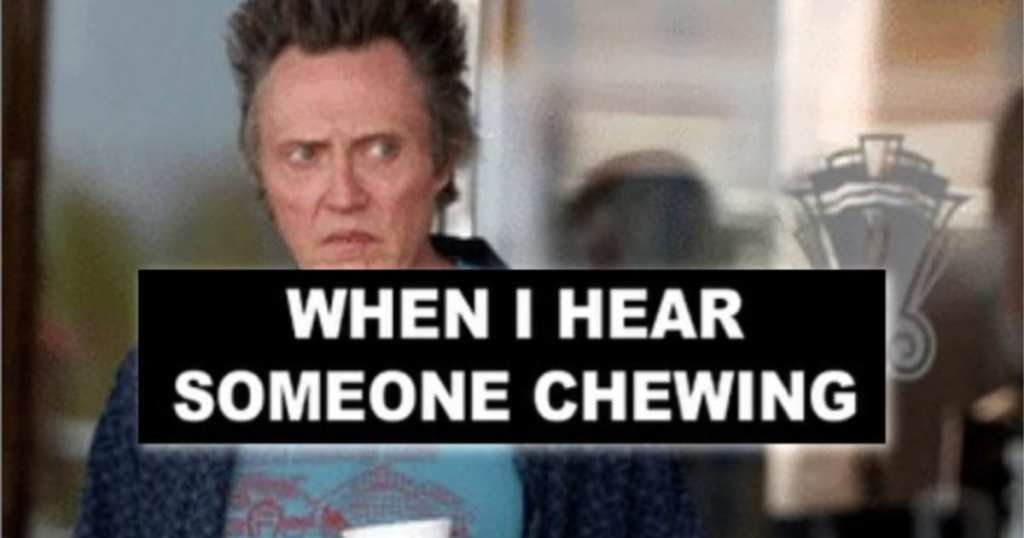 If Certain Noises Make You Angry, You’re Not Alone and You’re Not Crazy, Either

If you’re like me, there are certain noises that drive you absolutely bonkers. And not like, they annoy you. Like, they cause a full-blown rage spiral, and if the person making them is living in your house, they’d better look out.

For me these sounds include, but are not limited to, chewing, eating ice, smacking candy, cars without mufflers.

If you have sounds that make you rage (there are plenty of us!), you might have a brain hardwired to produce an excessive emotional response to particular noises.

The condition is called misophonia, and it’s more than just being annoyed, like I said – those “trigger” sounds can create so much instant stress that it can activate a person’s fight or flight response.

For the first time, researchers have conducted brain scans on people who suffer from misophonia and found that their brains have physical differences from “average” brains.

During the study, scientists played a range of sounds – some neutral, some pleasant, some unpleasant, and then a person’s trigger sound – and found that the region of the brain that links our senses with our emotions was sent into overdrive when the subject heard those “trigger” sounds. They responses ranged from annoyance, to hatred, feelings of being threatened, panic, and extreme stress.

One of the subjects, Olana Tansley, spoke with BBC News.

“I feel there’s a treat and get the urge to lash out – it’s the fight or flight response.

It’s not a general annoyance, it’s an immediate ‘Oh myGod, what is that sound?’ I need to get away from it or stop it.”

Like I said, if you’re someone I know well enough to scream at and you’re making that noise, watch out.

Other subjects said that they feel shame and embarrassment after an intense reaction, even though they can’t control it, and to that I say, bah. Stop it.

“They are going into overdrive when they hear these sounds, but the activity was specific to the trigger sounds not the other two sounds.

The reaction is anger mostly, it’s not disgust, the dominating emotion is the anger – it looks like a normal response, but then it is going into overdrive.”

Those of us who live with the condition have figured out ways around the response, like leaving the room, using earplugs, or threatening murder, but the study doesn’t leave scientists with any real ideas on how to treat it.

Fingers crossed for marriages everywhere that’s the next step!