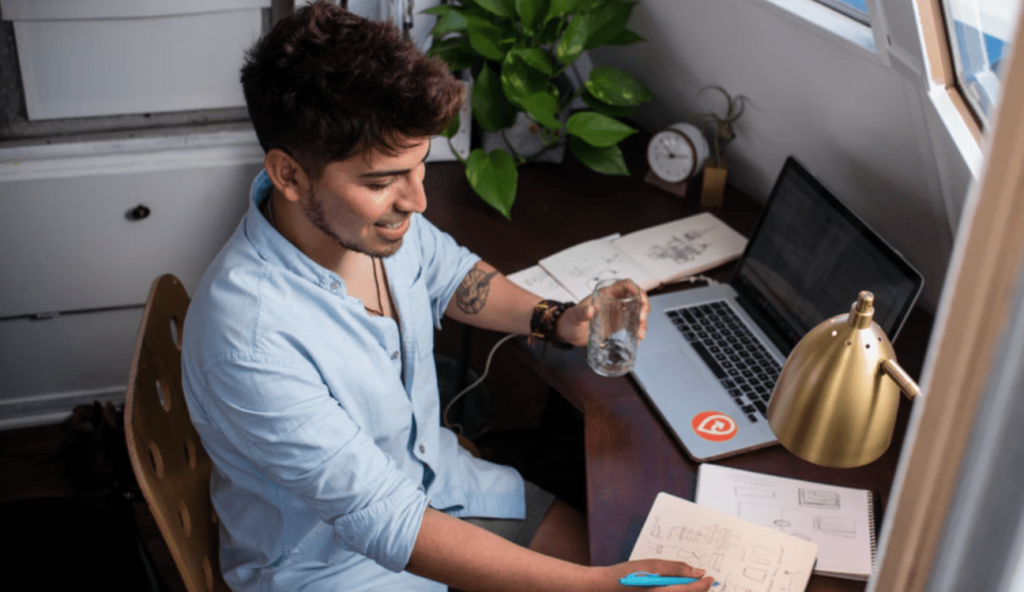 Love ’em or hate ’em, online trolls are everywhere. At this point, they’re just a part of the fabric of social media and they’re not going anywhere.

And they get a big feather in their caps when they start fights and arguments online that spiral out of control.

Seriously, this is what some people do for fun…

Trolls opened up on AskReddit and talked about the biggest s**t shows they created online.

“I got into an argument with some guy on an Australian friend’s Facebook status (I do not live in Australia). It escalated and he ended up private messaging me, saying he’d beat me up and so forth.

I looked at his profile to see where he lived and worked, and looked on Google Maps to find a supermarket or something in that area. Told him to meet me there and settle it like a man.

About 20 minutes later he starts asking where I am and cussing me out for being a pussy and not showing up. I’m sitting in bed (it was like 10 pm my time) in an entirely different country laughing my ass off”

“Back in my WoW raiding days I was in a guild with weekly donation requirements for raw materials used in potions/food. The guild would then hand all of us consumables on raid night.

The idea was to prevent people from being cheap on raid night by making sure people actually used them. The problem was that the potions we received most of the time were the cheap ones.

I figured they were selling the materials for gold and then selling the gold for money. So I logged into my brothers account and sent the GM a message about buying some gold from him. He sent me his Skype info and I took screenshots of the whole discussion.

I dropped the bombshell during raid night in Ventrilo with the screenshots and 50+ people in attendance. People were LIVID and you just saw “so and so has left the guild” as well as 30+ minutes of the GM and his wife being berated.

The GMs wife yelled at me in Ventrilo and I said “that’s what you get, you cheap potion having ass”. We made a new guild called “Cheap Potions”.”

“When I was in middle school, I made a fake facebook account of a pregnant teenager. I added a ton of people who went to this one random ass high school in Indiana (I’m nowhere near Indiana) and ended up with maybe 400 friends from there. People kind of just assumed that I was from their area.

I posted regular updates (headless belly pics I found on the internet) and would make statuses about the progress of my pregnancy. I even posted a baby picture at the end of all of it and got soooooo many comments congratulating me. Even the high school gym teacher commented saying she couldn’t wait to meet my little one.

But this is the sauciest thing that happened from all that…. This one guy who had a girlfriend messaged me that he’d never been with a pregnant chick before, wink wink, and so I forwarded that message to his other half. She broke up with him.

A real-life couple that was together for one year broke up because of a bored 13-year-old more than 700 miles away lol.”

“When I was an edgy little 14 year old I’d put my dad’s laptop beside the family computer, log into different Club Penguin accounts on each one, and have my two penguins stand on opposite sides of a room having an argument with each other. Gradually, other penguins would join in.

Eventually I could leave the room, play some games, and come back to find the argument still in full swing without either instigating penguin.

This was especially entertaining during the 2008 presidential election.”

“Before Star Wars Episode III came out, I posted some BS “spoilers” on TheForce.net message boards. I found some German magazine site online article about the movie, linked to it, and made claims about battle scenes on Kashyyyk, a scene with Chewie delivering babies, etc.

I got on IMDB and looked up the name of some production director for Episode II and said he was the guy who provided the magazine with the info, as well as Peter Mayhew himself.

I guess nobody on that site actually read German, so everyone just believed my BS.

Well it got so much attention that it got posted on the sites’ home page, and then got referenced on other Star Wars sites. Then, in some interview with Rick Macullum (EW I think), they asked him about the rumors and he got really confused and defensive.”

“I once commented on a neighborhood facebook page on which someone named “Jose” was flexing his salary and pickup truck. All I said was, “No way Jose” and it collapsed into racists death threats that got 25 users banned, the group admin quit and the cops called.

Thats a lame joke for such good results.”

“Back when I was around 12 years and roblox wasn’t that big. So I was in this Germany nation group (basically a robloxian group where you can role play as being a citizen of Germany) which had like 10k members.

I had a pretty high rank in the group. There was tensions between Germany and another Italian group but things were settling down.

I eventually decide to go to the Italian’s place and begin killing everyone.

I started a full scale war which lasted for around 2 months.

Would do it again.”

“A few years back I came across a UFO/alien abductee survivors forum whilst at work. I had a good laugh at some of the stories and blurry photos of frisbees believing it was all BS. Later that evening I decided to set up a troll account.

I made up a story about mystery UFOs flying over my home town and posted it in the forum. I decided to play the long haul game and spread it over a few days, then drop the act and reveal the hoax.

The next day at work props were made and the following evening blurry out of prospective photos were taken. I worked at a small brewery at the time and brewery equipment can make some rather convincing sci-fi props.

It was then decided (at thus point it grew into a team effort) that some fake social media accounts needed to be made for even further “proof”. Wikipedia pages were made, threads on random boards like mums-net were made, and photos galore were posted.

Then a local news website caught wind and posted an article which escalated the hoax to the next level. We had bona fide proof!

After around 10 days I was ready to drop the bombshell on the original community. The problem was they didn’t believe me! Apparently I had been “gotten to” by some MiB types, or had been “re-programmed” following an abduction, or some other equally ridiculous conspiracy.

The joke had gone full circle. No matter what proof I posted that I had made the whole thing up, I was seen as the idiot who didn’t believe the truth. The photos I had saved of the actual props in real perspective were passed off as fake, the fake social media accounts were seen as suddenly hacked, it was crazy.

I could do nothing but walk away. I learnt a good lesson though – don’t try and troll the truly insane people.”

“I made a website called twotowersprotest.org which protested the movie the two towers saying that it was disrespectful to the victims of the twin towers collapse.

That generated 1 million views and thousands of angry emails as well as interview requests from many reputable news outlets. It’s amazing how gullible people on the internet are.”

“One time my friend and I posted a lengthy post on The Walking Dead subreddit about how Judith doesn’t contribute to the group and doesn’t deserve to survive if  she doesn’t help more.

For anyone who doesn’t watch, Judith is an infant and was born during the zombie apocalypse. People were PISSED and stating the obvious again and again like…WTF IT’S A BABY SHE SHOULDN’T HAVE TO WORK SHE’S AN INFANT.

“Not me, but one of my (American) friends is a world class troll. He told me he went onto a Youtube video relating to an election in Alabama a few years back and commented something like “Americans! This is not your country! Stay out of Albanian politics!”

Then went to sleep. He said he had 500+ notifications, mostly people saying “f**k you, you commie” but also plenty of people saying “hey leave him alone- he made a mistake! English isn’t his first language!” Then those people started arguing with each other and so on.”

“When I was in college I invited my entire friends list to a party that randomly showed up on my news feed a mutual friend was going to. I also said to bring friends!

Apparently a horde of like 30 dudes rolled in and started drinking all the beer and the host flipped out when he realized he knew like no one at the party at his house.

Apparently they tried to throw out my Facebook friend horde and they in turn threw him out of his own party. Dude then called the cops and like 7 people got arrested.”

“I questioned whether or not The Wizard of Oz was a musical and someone created an entire subreddit to discuss it (and make fun of me).”

Jeez…that’s why I don’t engage with trolls EVER.

I don’t even want any part of it.

Have you ever had a bad experience with a troll online?

Heck, maybe YOU were the troll?

Tell us all about it in the comments, please!