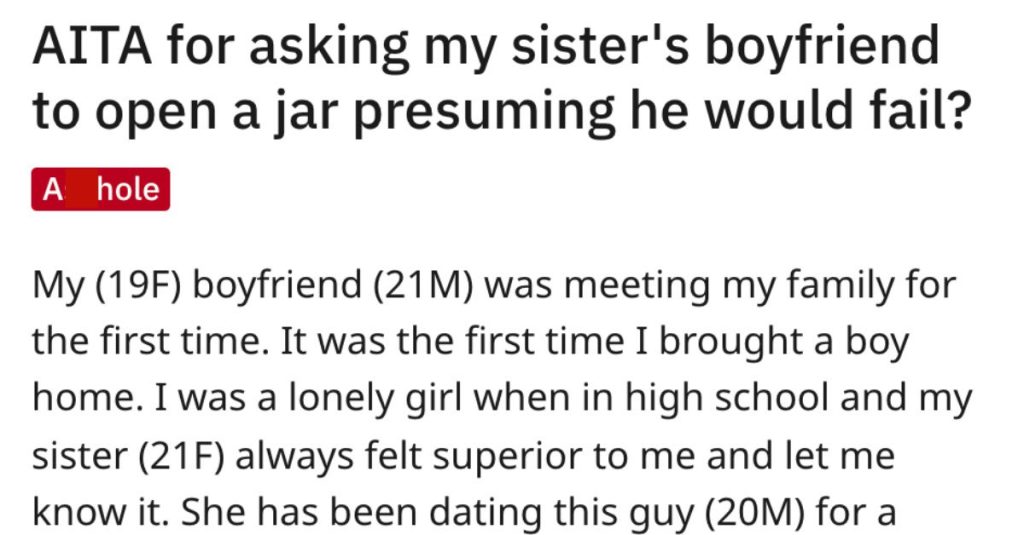 Is It Wrong To Embarrass Someone Just To Make A Point?

There are some posts in Reddit’s Am I the A$$hold forum that really make you think – there are two sides to every story, after all, and we’re only getting one of them.

Then there are posts like this one, that are so cut and dried it’s hard to believe that anyone could have claimed to not understand who was being a jerk in the scenario – and also, that make it hard to believe anyone who was a so-called adult could write the whole thing down.

OP is a 19yo woman who claims to have been a shy loner in high school, a fact that made her subject to bullying from her family, her older sister in particular.

Now she has a big, muscular boyfriend, as opposed to her older sister’s boyfriend, who is “more intellectual” looking.

My (19F) boyfriend (21M) was meeting my family for the first time. It was the first time I brought a boy home. I was a lonely girl when in high school and my sister (21F) always felt superior to me and let me know it.

She has been dating this guy (20M) for a year or so and I don’t have any problem with him. My boyfriend goes to the gym a lot and it is super muscular and strong. My sister’s boyfriend is more of an intellectual guy and looks really weak compared to my boyfriend.

OP’s family was starting to give her a hard time in front of her new boyfriend, and instead of blowing up like she normally would have, she decided on a new tactic – she asked her sister’s boyfriend to open a jar she suspected he couldn’t.

After awhile, once everyone was watching, she had her own boyfriend open it easily. This upset her sister and mother.

When we were all together with my parents my sister started being mean with me as always. I never know how to react because I get really angry but if I do something too strong then my parents act like it is all my fault.

So, I got an idea. I found a jar in the kitchen that was hard to open and asked my sister’s boyfriend to try. He didn’t want to but I insisted and after he failed I make him keep trying for some time. This, as I expected, drew attention from my parents, my boyfriend and my sister.

Finally he gave up and my boyfriend opened it really easily. My father thought it was funny but my mother and my sister realised what I have done and were upset.

Now everyone, even her own boyfriend, thinks she owes the sister’s boyfriend an apology, but OP isn’t sure.

My boyfriend says that although he understands that my sister is bad, what I did to her boyfriend was not justified because he haven’t done anything wrong.

Let’s see exactly how Reddit puts her back in line, shall we?

The top comment is brief and to the point – OP treated someone poorly who had done nothing to deserve it, so they must be in the wrong. 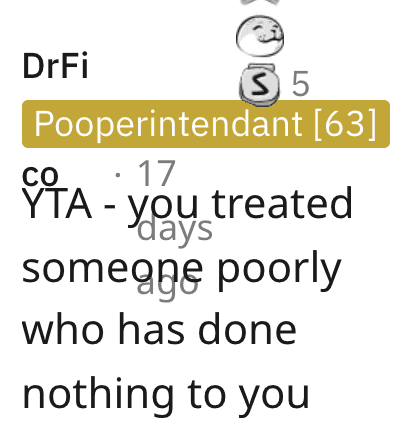 OP has turned into the bully she has always despised. 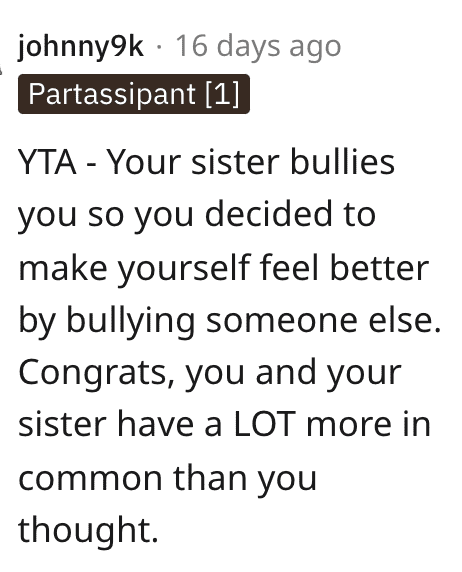 Many people agreed her behavior was extremely childish, and it’s hard to argue. 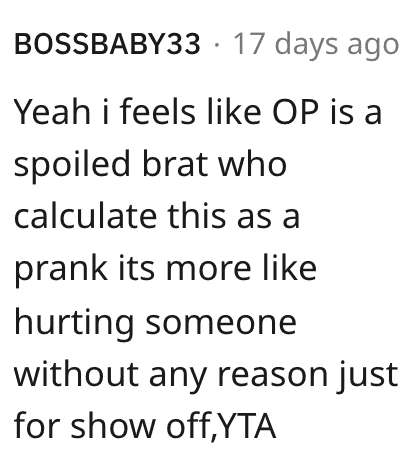 Plenty of commenters agree we’re probably not getting the entire story when it comes to OP’s relationship with her family.

This part bothered me, too. 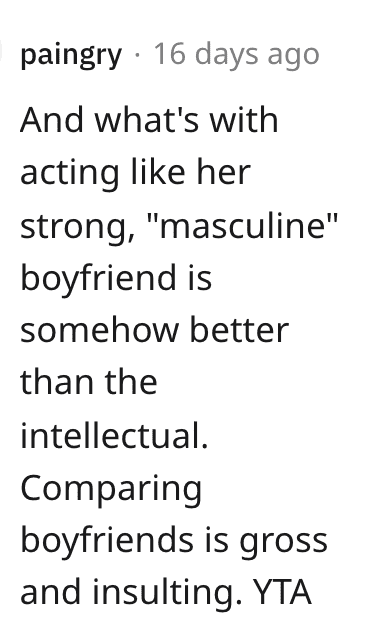 Basically, I can’t believe anyone who is 19 years old would act like this in the first place, but then to actually believe she was in the right? Wild.

What are your thoughts? Lay them on us in the comments!