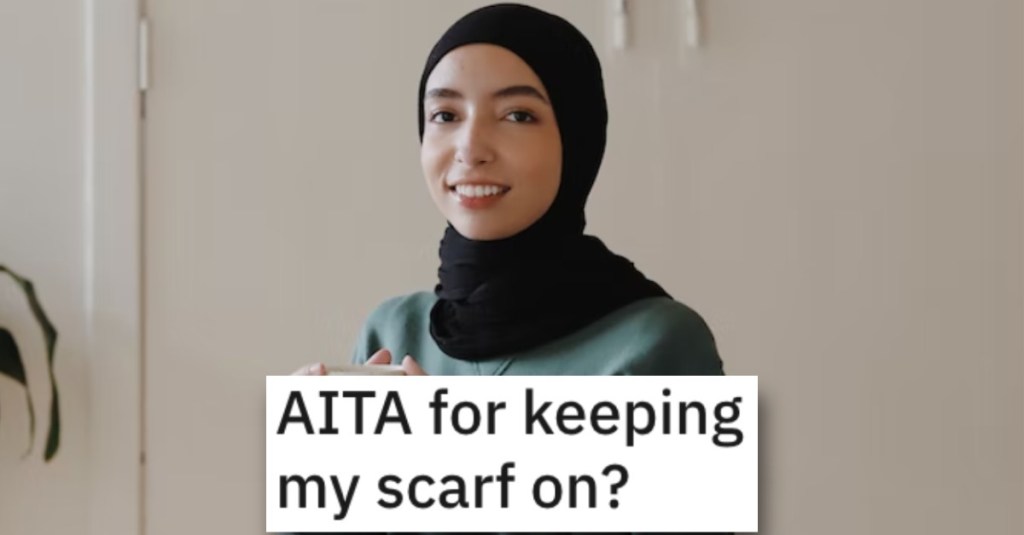 Is This Woman Wrong for Keeping Her Headscarf On? People Responded.

I think I know how most people are going to react to this story, but I could be wrong…

Because you never know what’s in store for you with stories from Reddit’s “Am I the A**hole?” page!

Check out what this woman had to say and let us know what you think in the comments.

AITA for keeping my scarf on?

“I’m 18F, and I’m a Muslim woman. I choose to wear a headscarf (hijab) because, well, I do. I’m studying for my finals for my senior year of HS and I was is a study group, and had to go to someone else’s house to study. I’ll call her Rachel.

I arrive at Rachel’s house, and, keep in mind, I was one of four girls coming over. At the door, Rachel’s mom encourages me to remove my scarf, and Rachel follows suit. Her mom said that it made her nervous. I told her it was not coming off, especially since there was a man in the house.

Rachel swore up and down that there wasn’t, but sure enough, when I got in there, her (older) boyfriend was there. One of the other girls in the group called this out, but her mom claimed to not know he was there (which I don’t understand, but, whatever I guess).

Everything went pretty smoothly after that, until Rachel just texted me, claiming that her mom was having a panic attack due to my scarf and it made her boyfriend feel threatened.

She told me it was her house so her rules, that I was an AH, and that I would not be welcomed back. One of the other girls is taking it next time, I know her family and they’re great, but Rachel says she will not be in attendance because her mom doesn’t want her near me.

This reader said she’s NTA and she was standing up for her boundaries.

Another Reddit user also said she’s NTA and her friend and her mom are bigots. 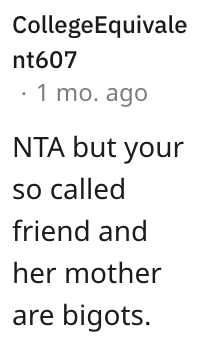 And this individual said she’s NTA and it’s not her responsibility to make people like this feel comfortable. 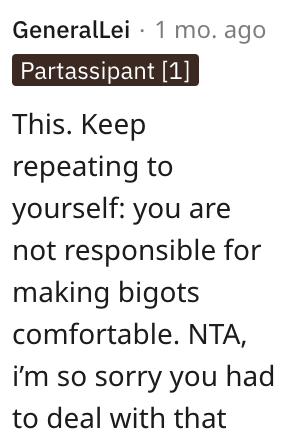