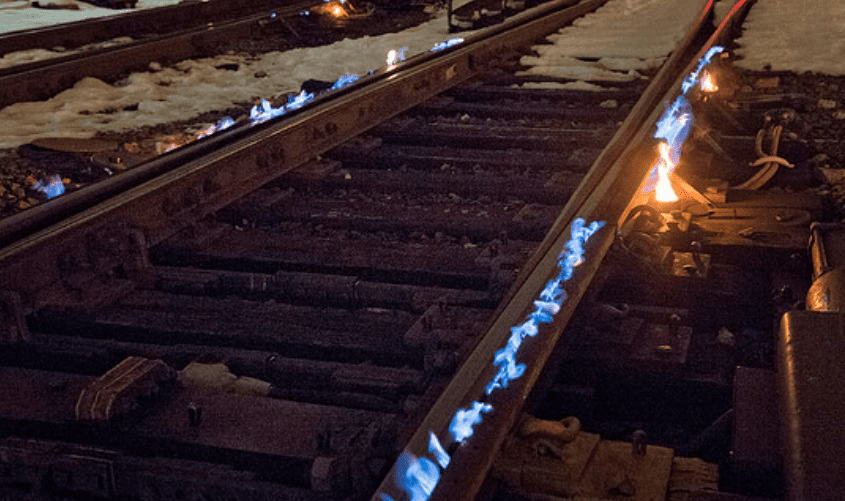 As someone who lived in Chicago for five years, I can honestly say I’ve never heard of this or even imagined that it was a possibility before.

The polar vortex caused the temperatures in Chicago (and plenty of other places) to drop so far below zero that Metra, the city’s transit system, lit their train tracks on fire.

It’s so cold in Chicago that workers are setting fire to railroad tracks just to keep the trains moving. The extreme cold — around -22 F Wednesday morning — can cause rail defects. https://t.co/7NG3VKuPYV pic.twitter.com/vzGRJg5AVs

Apparently, it’s more common than you think – the fire melts away ice and snow from the switch points on the tracks to ensure the trains run smoothly. We’re talking roughly 30 degrees below zero here, so you know they need to do this to keep the city moving.

The flames are actually running next to the tracks in a gas-fed system that heats up the switch points on the tracks. Either way, it looks pretty amazing.

It’s so cold in Chicago, crews had to set fire to commuter rail tracks to keep the trains moving smoothly. https://t.co/ccrTwwwO6C pic.twitter.com/av7o5opEQ8

It’s warming up now (thank god), so let’s go ahead and hope this system doesn’t see any more use this year. Sound good?