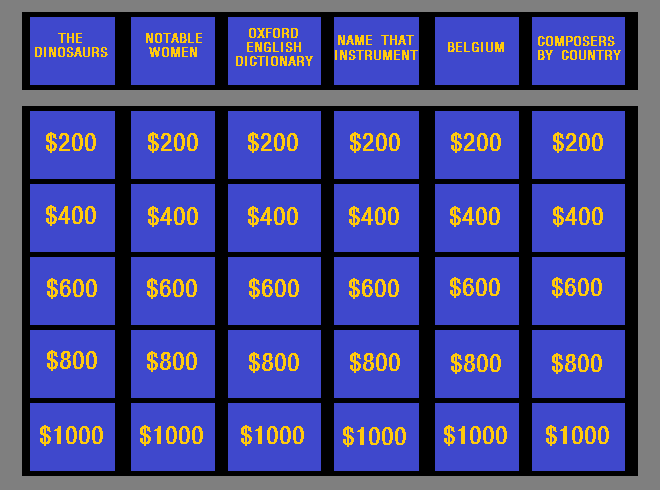 Jeopardy! Fans Have Created a Database of Almost Every Question Ever Asked on the Show

Are you a Jeopardy! junkie? Do you tune in religiously to see how folks from around the country will perform under pressure and how wide their knowledge is?

I know I do! I love shouting along as Alex Trebek hosts the iconic show, and I’m always excited to see what the categories will be for the night.

Well, if you’ve ever wanted to take a really deep dive – and I mean really deep – into the show’s quizology, you need to check out a website called the J! Archive. Some diehard Jeopardy! fans created the website, which, as of today, contains a total of 384,440 questions from 36 seasons of the incredibly popular game show. The archive dates back to when Alex Trebek started hosting the show in 1984.

The website was founded 15 years ago by a patent attorney named Robert Schmidt. Since then, Schmidt has had help updating the J! Archive from a small group of hardcore fans of the show.

One of the people involved in the site is a man named Mark Barrett who has spent countless hours watching old VHS tapes of past Jeopardy! episodes in order to update the site (and, we assume, because he likes to). Barrett said that he has about 150 episodes that he taped to go through, but that there could be as many as 1,400 episodes worth of questions that need to be cataloged and added to the site.

Each episode catalogued contains all the important information, such as the date of the episode, the contestants, and, of course, the questions.

Spend some time on the site and give that brain of yours a workout!