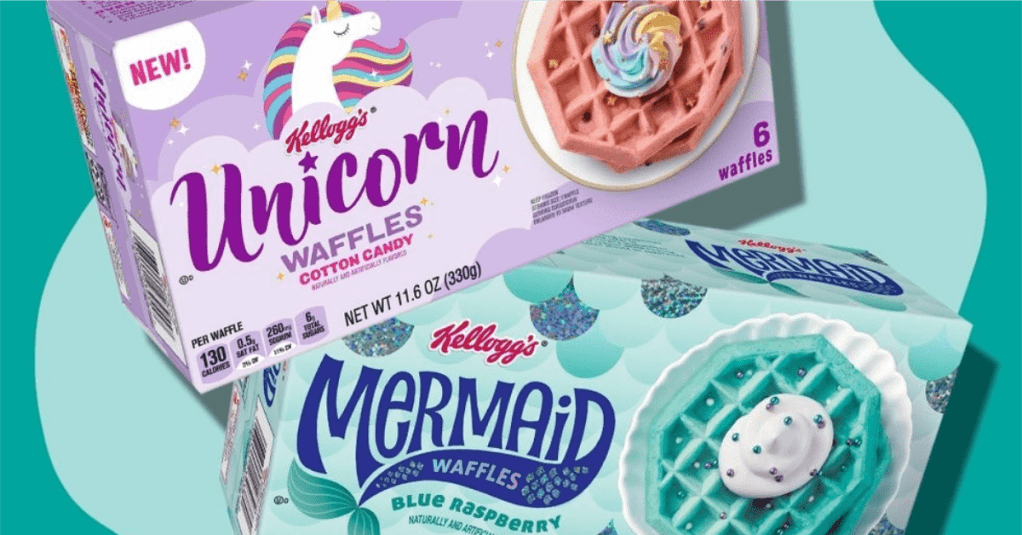 Mythical creatures continue to trend, and Kelloggs in’t going to miss the bandwagon. These waffles look perfect for the parent whose kids love all thing magical, the lazy teenager who only eats them to be ironic, or even just the adults like myself who gets excited over novelty food items.

Although these are Kelloggs frozen waffles, they are not included in the “Eggo” line. No, these fantastical breakfast breads stand alone with their pastel colored boxes of blue and pink.

Each box contains six waffles, sprinkles not included, although the Unicorn cotton candy waffle does include little blue bits of sugary goodness inside.

According to Holly of The Impulsive Buy,

“Despite the strong smell, the blue raspberry wasn’t overpowering. A few more bites in and it reminded me of when you’d get those snow-cones with the chunky ice…”

Although not mythical in nature, Kelloggs has also released a Birthday Cake waffle that promises to be just as good, if not better, than the unicorn and mermaid verity. 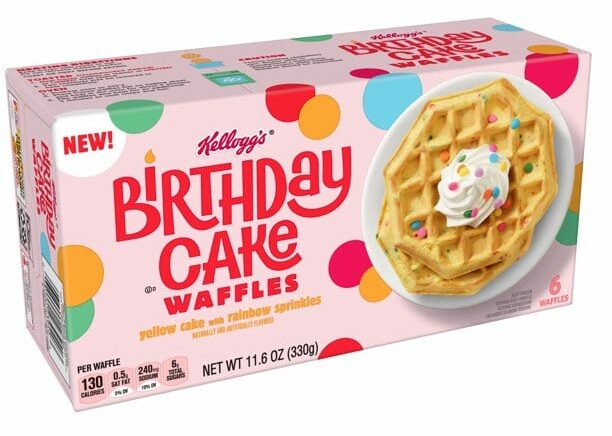 To be clear, the flavor is technically “yellow cake” with “rainbow sprinkles” inside the waffle.

All three varieties are available now. Why not buy one of each and mix and match? Stack them up and try them all at once. Or maybe turn them into a breakfast desert by adding ice cream and whipped topping!

Which one would you try first? Let us know in the comments!