Sign language has been changing the lives of deaf people since its invention in the 17th century. Now, a Kenyan engineer is taking sign language to the next level. He invented a pair of gloves that translate sign language to speech.

Roy Allela is a software engineer and the program manager of Intel in Kenya. He also happens to have a deaf niece. He saw how often she had to use a translator when she went out in public.

“I was trying to envision how my niece’s life would be if she had the same opportunities as everyone else in education, employment – all aspects of life,” Roy said.

So he invented Sign-IO, a glove that recognizes various signed letters and translates them into vocalizations.

“My niece wears the gloves, pairs them with her phone or mine, then starts signing. I’m able to understand what she’s saying,” Roy told The Guardian.

The gloves consist of flex sensors stitched on to each finger. The sensors quantify the bend of the fingers to pinpoint the letter being signed. 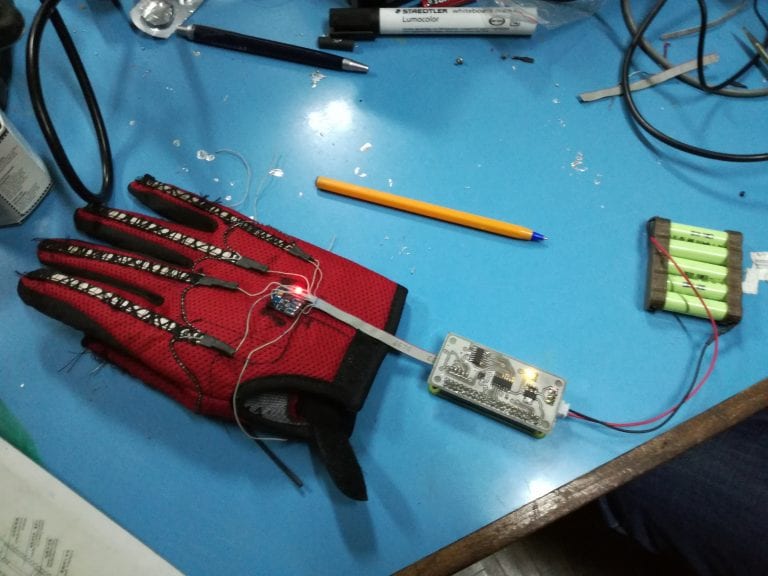 Also, the gloves can be packaged in any style, from princess gloves to Spider-Man gloves.

“It fights the stigma associated with being deaf and having a speech impediment. If the gloves look cool, every kid will want to know why you have them on.”

No word on when you’ll be able to buy a pair of these impressive gloves for yourself, but Roy aims to place at least two pairs in every special needs school in Kenya. With 34 million people worldwide suffering from disabling hearing loss, this type of technology is long overdue.