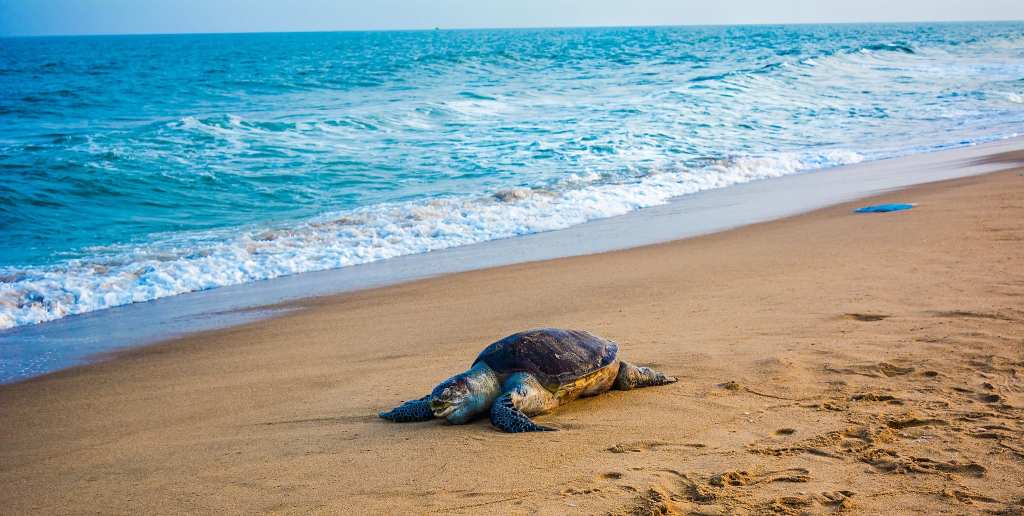 Largest Bale of Sea Turtles Ever Recorded, Captured on Film by Drone

Did you know a group of sea turtles is called a bale (like, herd is to cattle as bale is to sea turtles)?

The olive ridley turtles, named for the color of their shells, are one of the smallest species of sea turtles. They live in the tropical areas of the Pacific, Indian, and Atlantic Oceans.

There are an estimated 800,000 egg-laying females worldwide, which makes them a fairly abundant species as far as sea turtles are concerned. However, their populations are considered vulnerable or threatened, as their numbers are in decline.

At one time, they were overfished for their meat, eggs and leather. Fortunately, they are protected by laws now.

Which is what makes this footage so cool, and the most relaxing, calming video you will see all day.

Biologist Vanessa Bézy was flying her drone over the coastline of Costa Rica when she captured what is being talked about on National Geographic as the largest bale of sea turtles ever seen on film.

In the video, thousands of olive ridley turtles are swimming together offshore, by Costa Rica’s Ostional National Wildlife Refuge, as they migrate to a beach to lay eggs. Since they are threatened as a species, this phenomenon is a crucial component to their survival.

The footage from the drone appears to show an unheard of ratio of one turtle for every square meter. Thousands more turtles are likely swimming below the ones that can be seen from the air.

Bézy told National Geographic, “I immediately knew there was something special going on. To this day I’m still blown away by the video. They look like bumper cars out there.”

Costa Rica established Ostional National Wildlife Refuge as a nesting area for the turtles in 1983, so the turtles have been going there for some years now, but this is the first time they’ve been filmed from the air swarming the beach.

Bézy released her video to the public to show how important it is to protect the turtles and their nesting grounds. Countries that benefit from tourism walk a fine line between allowing development and preserving habitats. So far, Costa Rica has sound regulations in place, but with a staggering rate of only 1 in 100 turtles surviving natural threats from the nest to the sea, enforcing ordinances is critical.

We want the turtles to thrive.