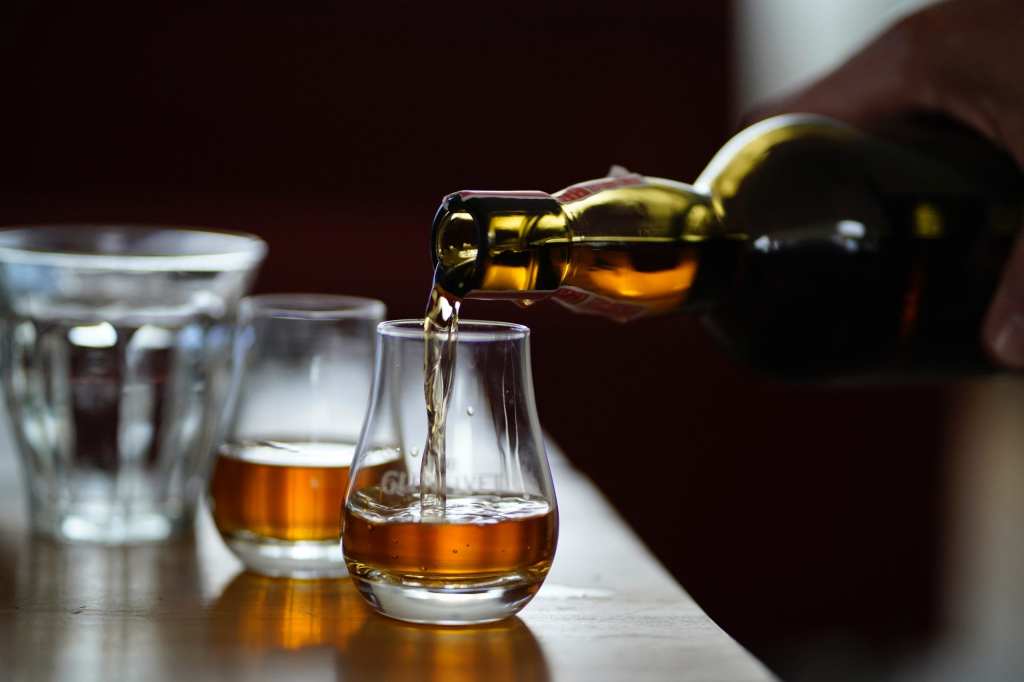 This Winter, Cure Your Cold Symptoms with a Warm Drink of Whiskey

The common cold sends millions of people to the couch every winter with congestion, sniffles and a deep desire to sleep the symptoms away. While there isn’t a fool-proof cure for a cold, a warm drink of whiskey can actually provide some much-needed relief.

Be warned: This isn’t an invitation to finish off a bottle of Jack Daniels or Jameson. However, a small amount of the belly-warming liquid can alleviate some of the nasty cold symptoms that sideline many of us each wintertime.

Rather than knocking back a shot, try mixing up your own hot toddy with a carefully crafted combination of whiskey, honey, lemon juice and hot water. This magic elixir can help clear nasal congestion much like a hot bowl of momma’s homemade chicken soup.

Science even suggests that whiskey can stop the sniffles. According to Dr. William Schaffner, chair of preventive medicine at Vanderbilt University Medical Center, alcohol dilates blood vessels and makes it easier for the body’s mucus membranes to deal with an infection.

While small amounts of whiskey will help alleviate cold symptoms, keep in mind that overindulging in alcohol is a recipe for disaster. Anyone who has stumbled home at 3 a.m. after bar-hopping can attest to the adverse affects of excess alcohol. From waking up with a dry mouth to trying to deal with a pounding headache, it’s clear that too much alcohol can leave you regretting that two-for-one special.

As a diuretic, alcohol pulls fluids from your body, which is the last thing you need when you are under the weather. So after you drink your hot toddy, make sure to stay hydrated with plenty of non-alc*holic liquids such as water, tea or Gatorade.

So whenever you are feeling a cold coming on, don’t be afraid to break open a bottle of bourbon. After all, it’s (basically) the doctor’s orders!