PBS’s show Finding Your Roots had a pretty amazing surprise for its viewers during the season 4 premiere: Larry David and Bernie Sanders are actually related (not just for the sake of an SNL sketch). 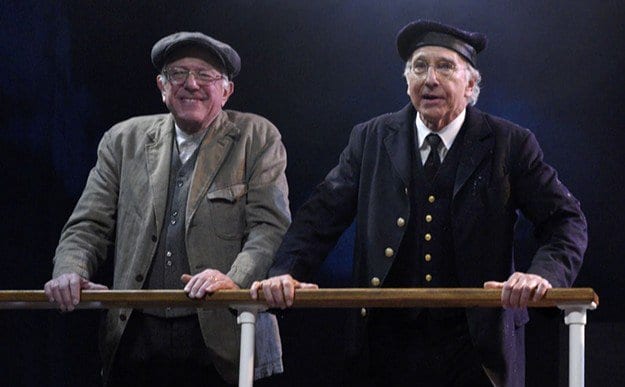 People started to notice a similarity between the two during last year’s presidential primary, which led to David parodying Sanders on television, and it seems the two had a pretty good laugh about it a couple of times. But when they sat down with the host of Finding Your Roots, it’s easy enough to tell that neither expected to find out they actually share DNA.

David’s response (after musing that he hoped it was a good athlete), was “What the hell?” Followed by laughter, of course. For Sanders’ part, he laughed, too, saying that it was “unbelievable” and that people had told him that David “does a better Bernie Sanders than I do!”

It is pretty amazing, when you think about it – that’s some strong DNA!

Check out the video on Facebook to watch their reactions for yourself!