Las Vegas Is Dealing with a Massive Invasion of Grasshoppers

Have you ever seen the 1950s sci-fi classic Them! about an invasion of ants grown huge due to atomic radiation? 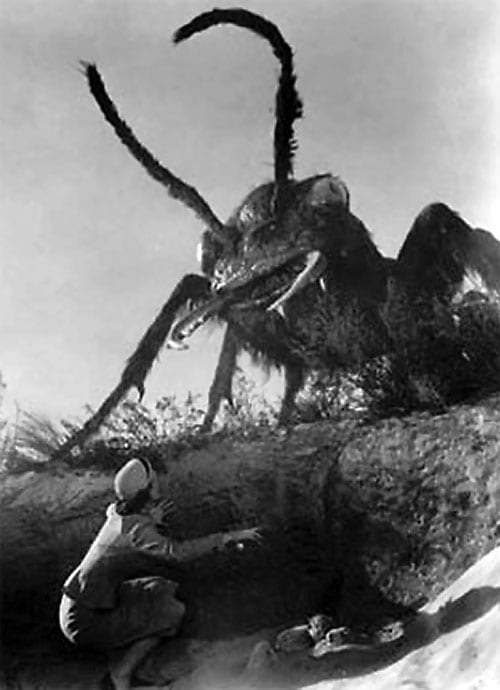 Well, this story is kind of like that, except with grasshoppers…and these bugs are a little smaller, so don’t get too alarmed, okay? Also, no atomic radiation.

But the fact remains that Las Vegas, Nevada, is being overrun with massive hordes of grasshoppers. GRASSHOPPERS! EVERYWHERE!

This is legit the linq rn pic.twitter.com/IIZTFTgsCv

These particular insects are called pallid-winged grasshoppers, and they aren’t messing around. An entomologist named Jeff Knight said that this type of grasshopper’s number increase after wet winters and springs, and the evidence is in the videos and photos that people are sharing from Las Vegas of the insects’ migration.

Nevada was one of the five wettest states in the first five months of 2019, double the national average. So, while it may be a normal-ish migration for these grasshoppers, people on social media are freaking the hell out – with good reason.

The good news? Jeff Knight said the insects don’t bite, don’t carry disease, and they won’t cause damage to anyone’s yard during their weeks-long invasion of Vegas.

Knight also said this isn’t the first time this has happened: “We have records clear from the ’60s of it happening, and I have seen it … at least four or five times in my 30-plus years. There are some special weather conditions that trigger the migration.”

#GRASSHOPPERS have taken over #Vegas! pic.twitter.com/N6aYHTigIH

Las Vegas is a very strange place…and it just got a little weirder.