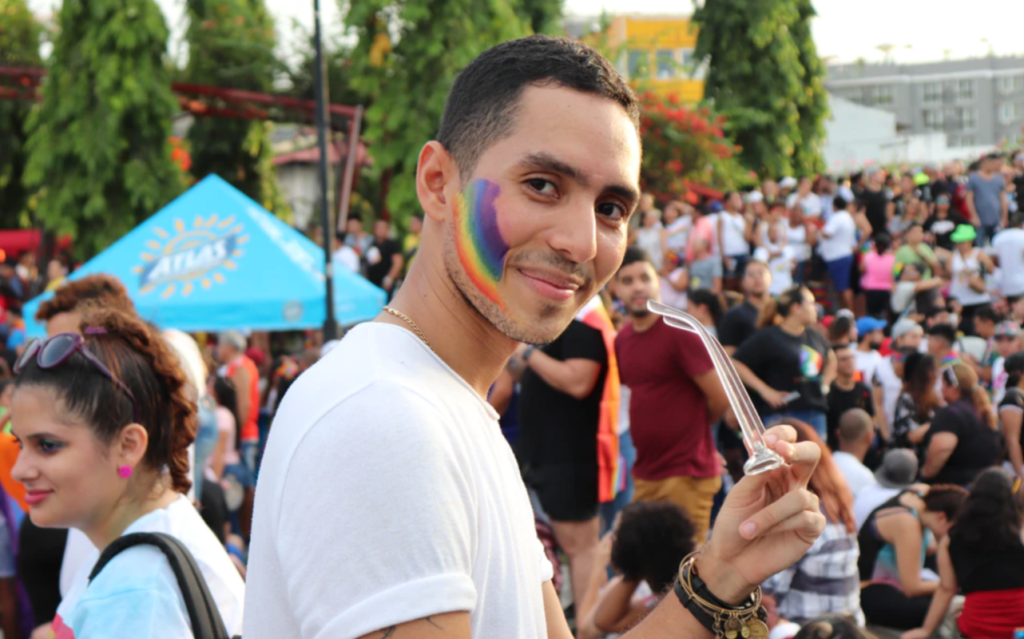 How many times have you heard that in your life?

It’s like hearing someone say, “I’m not racist, but…”…and it never ends well, does it?

LGBTQI people went on the record and talked about how people said homophobic things and didn’t even really mean to.

Here are some true stories from folks on AskReddit.

“I got a “haha it’s ok if you’re gay as long as you don’t hit on me like I’m not homophobic it’s just weird” from my coworker where the girl got convinced I was in love with her and started being really annoying about it and was gossiping about it behind my back to our coworkers about how obvious I was about being in love with her and how I stared at her all the time and was being creepy.

This was total bullsh*t, I barely paid attention to her in general, especially after the whole “don’t hit on me” thing. Our coworkers would tell her she was being an *ss and I wasn’t into her, and one eventually told me what she’d been saying, and so I started scheduling my shifts so I wouldn’t have to work with her.

She changed the narrative so that it was a “oh now she’s obviously heartbroken that I don’t feel the same way and is avoiding me” and one day when I was working a shift with her (I had picked up a shift for another coworker so they could go to a friend’s birthday party) before we opened, I overheard her telling the girl at take out that she wasn’t looking forward to having to work with me and get ogled.

I finally snapped and told her in front of half the staff to cut it out, because I wasn’t and had never been into her. I mentioned she wasn’t my type anyways and thought that was the end of it, but she accused me of lying and said I was obsessed with her, so I told her if anyone was obsessed, it was her because I got a text from a coworker nearly daily telling me what she’d said about me.

She later tried telling my manager that I was discriminating against her for being heterosexual.

“In the dorm my freshman year of college, one of my floormates came out to a group of us as bisexual.

Another woman, a self proclaimed “gold star” lesbian, told her she can’t be bi because bi women don’t exist.

When asked to explain, she said, “Bi women are just sluts who haven’t found the right d*ck to satisfy them.” And then later defended herself to the RA by saying she can’t be homophobic since she’s a lesbian… yeaaah.”

“My mother told me “I accept you and all, but sin is sin. So, you being gay is the same as you murdering people and I just can’t associate with that.”

“I made it a point to never mix my personal life with my work life, and for good reason. It just gets complicated. I was a supervisor at work (very small amount of staff, around 6 of us total).

We were having a conversation about LGBT+ people and one of the employees said to me, blatantly, he didn’t approve of two guys being together.

Being a gay male (he didn’t know this & I’m very masculine so people generally never have any idea), I was curious to see where this would go. So I asked “what about two women being together?”

His answer: “I just don’t have anything in common with gay guys. I don’t think we’d get along.”

For years I’ve been kicking myself for keeping my mouth shut. I wanted to say: “Well… we’re not going to get along now even though we both have the same job.””

“My mother is one of those homophobes. She’s okayish with gay people but god forbid one of her own children is bi, apparently it’s now the worst thing in the world.

We were watching tv one time when two girls kissed, and she visibly cringed and said “ew”.

Her: You don’t see a problem with two girls kissing? Me and your dad are gonna have to have a talk with you.. that’s wrong

Another time, I came out to just test the waters and they shut it down real quick. I told them I was joking, but it was still terrible because they were treating me like scum just for being bi. Needless to say, I hate my family.”

“When there were last presidential elections in Finland we had a gay candidate.

My mother once said “I’m not a homophobe but I will move to Sweden if (the gay candidate) gets elected. I just can’t live in a country where the first lady would be a man.”

Both me and my other brother are gay.”

“When I told my mom that I was bisexual and in a relationship with my best friend..and she said “Oh, that’s not even real. All girls do that. You just need to get it out of your system.

No Mom..all women do NOT have 4 year s*xual relationships with other women.

I don’t mind having s*x with men, but romantically? I’m definitely going for women. The best part is people who tell me I can’t be bisexual because I have a child. That always cracks me up.”

“Had a conversation with some ex-neighbors (straight couple, nice people) who both studied to become teachers, we were all the same age, around 24 back then.

We often met for drinks and it was fun, at some point I mentioned something that gave away I was gay (something like “I texted with a guy” or something) and I actually assumed they knew, but the girl asked “oh you’re gay?” and she didn’t seem shocked just curious.

And it wasn’t a big deal and we kept talking and they seemed very cool and suddenly she asked “but when did you decide to become gay?” and I thought she was joking.

But she was dead serious. I tried to explain that that’s not really a thing but she insisted that it’s a choice and reversible. I was kinda in shock and we stopped hanging out then.

“Coworker said “I have nothing against gay people but the worst thing that could happen to me is if my son came out as gay”.

There are so many terrible things that could happen to your child, but you’re worried about him being gay?

I honestly feel sad for this child.”

“My “psychology” teacher in high school (mostly she just showed us the movie Sibyll) was told that I was an out lesbian and said, totally seriously, “huh. I thought only ugly girls went lesbian.”

She said this to my high school English teacher who was the only out gay faculty member at the time.

He told me later and we had a laugh about how much homophobes suck.”

“This definitely could be worse, but it’s still incredibly annoying.

When someone says “I think it’s fine that shows have gay characters, but I hate it when they have it for no reason.” Ah yes, because we all know that the universe made me a lesbian simply for character development.”

I started dating a woman, “Mary,” and my parents have always been fine with my sexuality. Mary’s father was great. Her mother locked herself in her bedroom for a week.

But still, the mother was outwardly kind to me (and I believe it was genuine). Until one day the phone rings and it’s the mother. Among other things I don’t remember, she said, in the sweetest voice, “I love you both dearly but you know, you’re going to hell!””

“Worked in a nursing home, was one of the best CNAs there. RNs used to argue over whose wing I would get assigned for the day. I was going to school to be an RN, and my work ethic was extremely good.

I’d been there about 6 months when some coworkers announced they were going to the bar. (This was about 12 years ago, so LGBT+ were not accepted like they are today.) I was invited by a few of the CNAs I was friends with.

I wasn’t planning on getting drunk. I wasn’t even planning on getting buzzed, but I stayed too long, had too much fun, and loosened up quite a bit. One girl asked me why I was always so stand offish at work. Everything in me was screaming not to talk about it, but I did anyway.

New CNA, I didn’t realize at the time, was the head administrator’s daughter. She was sitting right beside me. I told everyone sitting around me that I was engaged to a woman, and I didn’t think anyone would like me if they found out.

The girl I was talking directly to didn’t have a problem with it. Told me I shouldn’t worry about what anyone else thought. Had fun the rest of the night. Called my fiance about an hour later, she picked me up. I sloppy kissed her in the parking lot.

Next day new girl was trying to tell everyone that I hit on her all night. Every person that was there disputed this. They all said I never even spoke to her. Didn’t matter. Fired by the end of the day.

Was told by someone who I was still friends with there, that new girl was bragging about getting the “dyk*” fired.