Little Caesar’s Franchise Invites Homeless People in for a Slice

The sad fact of the matter is that there are people in every U.S. city who are living on the streets. They don’t have enough money for a stable living situation or for regular meals, and as resources everywhere are stretched thin, oftentimes they are reduced to digging through other people’s scraps for food.

This Little Caesar’s Pizza in Fargo, North Dakota, saw people pulling discarded pizza from their dumpsters on a security camera and hung a sign to address the situation – though not in the way you might think. 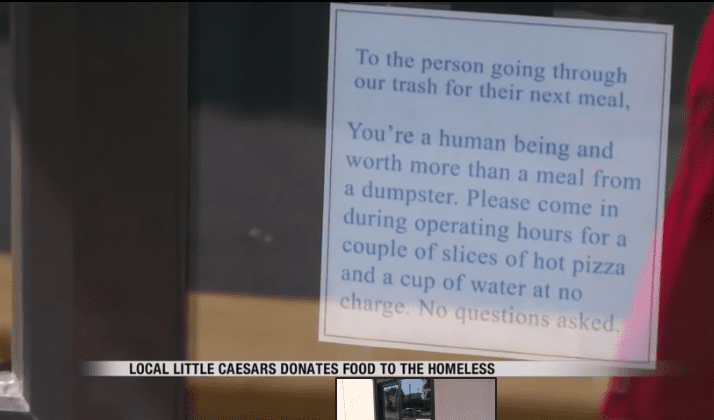 Instead of admonishing people for trespassing or vagrancy or soiling their business, the company simply acknowledged that no one would do such a thing if they weren’t hungry, and suggested those people come inside and get some food.

To the person going through our trash for their next meal, you’re a human being and worth more than a meal from a dumpster. Please come in during operating hours for a couple slices of hot pizza and a cup of water at no charge. No questions asked.

Amazing. Instead of being judgmental or snotty, General Manager Michelle Lussier saw a problem and decided to do her best to solve it with understanding and compassion. 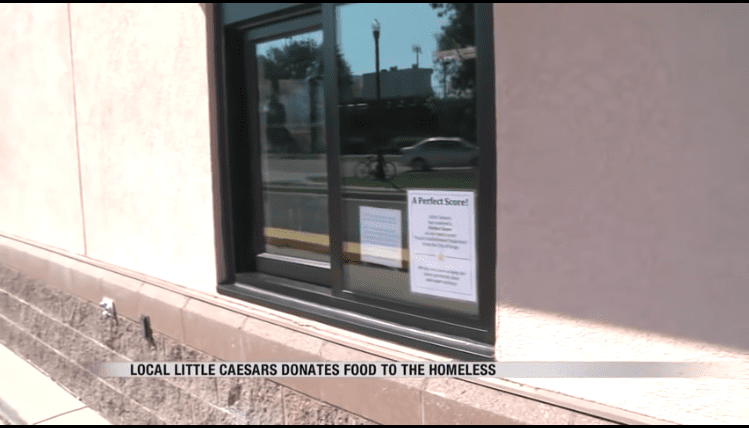 In a video from Valley News Live, she expanded on her reasons for posting the sign – and for donating their leftover pizzas to a local food pantry in the area. 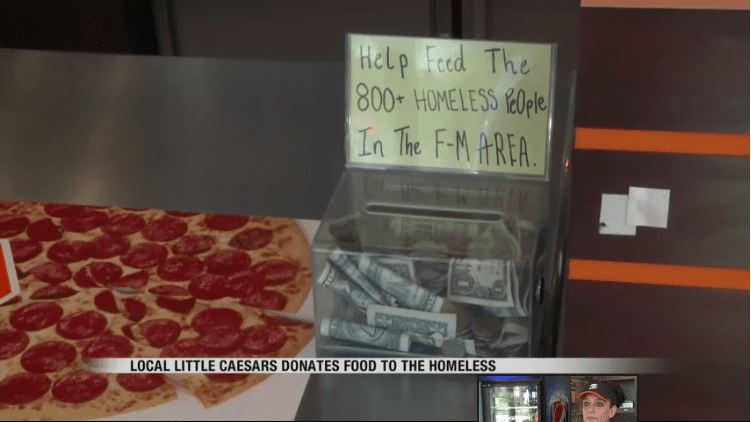 “Don’t feel embarrassed if you’re hungry and you don’t want to do what others do, you know, stand on the corner for handouts. You feel down about that, you’re more than welcome to come here and a grab a couple slices.”

According to the video, the store also has a collection box for donations in their lobby.

Actions speak louder than words, and this Little Caesar’s (and its manager) is lighting the way toward a kinder society, one day at a time.