Baroque-period art is swirling, satiny richness exuding dynamic energy even while static on canvas. Produced in roughly the 17th century in Western Europe and South America, the art is complex and sensually appealing. It is irregular, imperfect and, at the same time, splendid.

So, how to get the same effect with photography?

Artist Christy Lee Rogers captures all the characterizations of the Baroque period of art – the grandeur, the chaos, the elation – in a series called Muses. While it looks as if created by brush strokes of oil paints, these images are actually photographs. 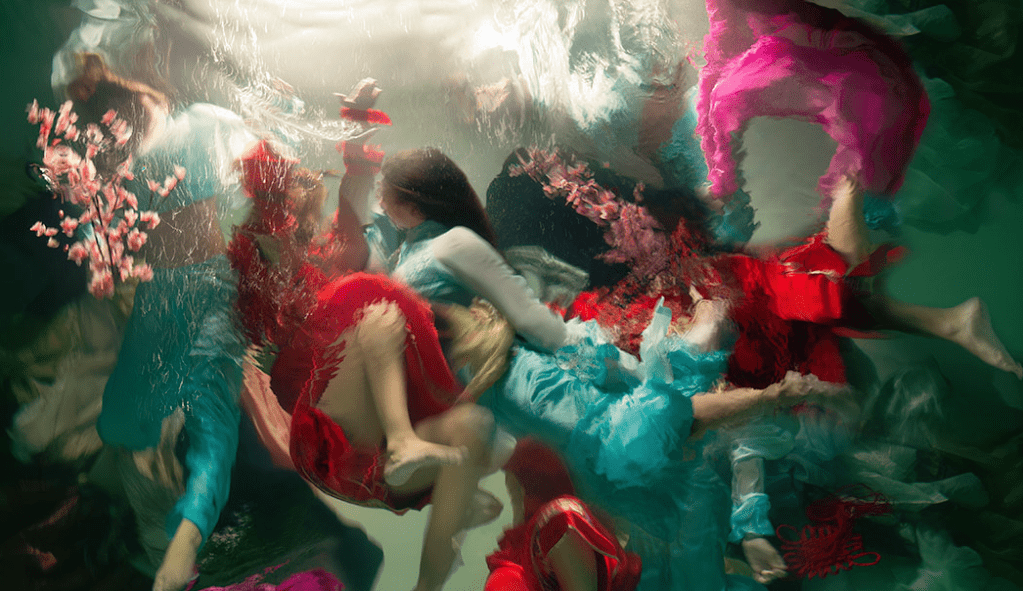 Set entirely underwater, her photos evoke all the rich movement of the era. She shot at night in a swimming pool bathed in light. While her models twisted and turned, she was able to take images that could stand for paintings. 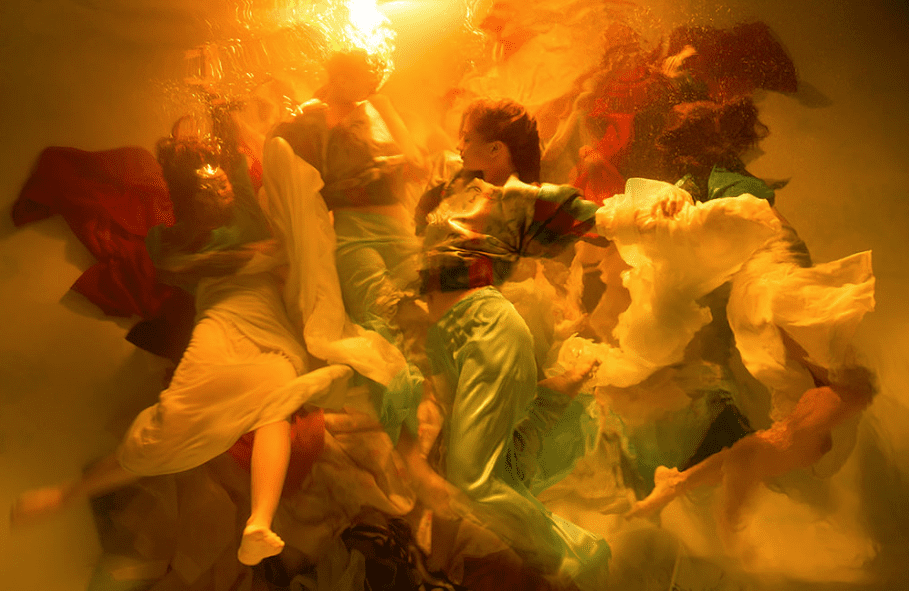 “The collection, titled ‘Muses’, began with the idea of letting go. The idea of surrendering to the present moment and letting go of all anxiety, tension, self-constraint and false-ness so that our true selves could finally break through. After losing many people in my life this year, some who passed at a very young age, I had no choice but to let go and try to live life to the fullest.”

The way Rogers’ photography conveys the insignificance of humanity alongside the power of nature shows where she sat emotionally while creating the series.  Exhibitions are scheduled throughout the year.