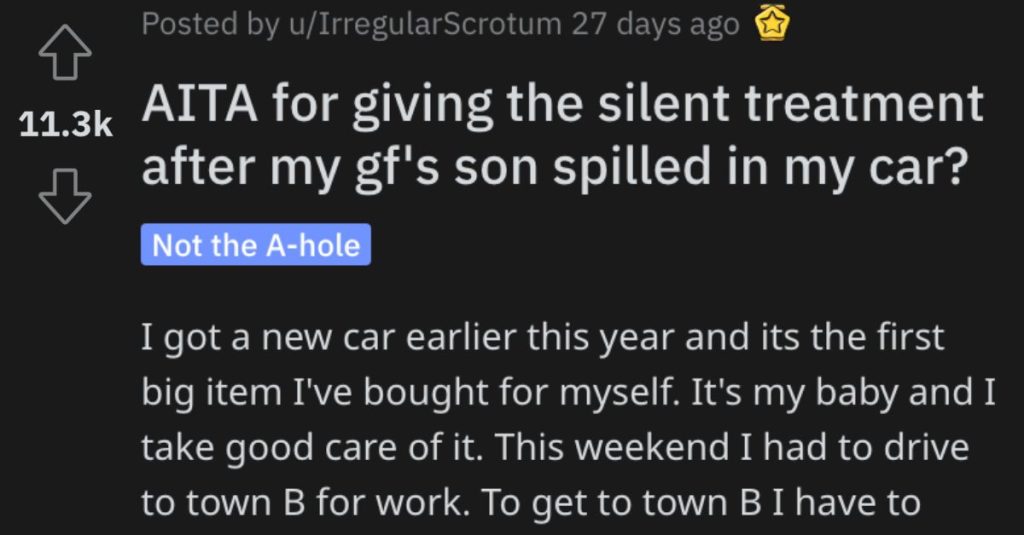 Oooof…the silent treatment is THE WORST.

When you’re on the receiving end of the silence, it can drive you absolutely insane…so I guess it’s pretty effective.

So is this guy wrong for giving his girlfriend the silent treatment after her son spilled in his car?

Let’s see what the heck is going on here…

AITA for giving the silent treatment after my gf’s son spilled in my car?

“I got a new car earlier this year and its the first big item I’ve bought for myself. It’s my baby and I take good care of it. This weekend I had to drive to town B for work.

To get to town B I have to drive through town A which is where my girlfriend’s mother is so my gf asked if I can give her[my gf] and her son a ride there to visit her mother. We left yesterday and before leaving I reminded both her and her son of my number one rule: no food in the car. She said whatever, agreed and we went off.

On the way her son complains about being hungry so we stop at a gas station and the two of them go off to quickly grab and eat something. After about 20 minutes they come back to the car and both holding slushies. I stop them and tell them that they can’t drink that in my car and she says they can’t possibly finish it fast enough without making us more late and that she wasn’t even willing to do that.

This resulted in a back and forth of arguing and the ultimatum was to leave them there or to suck it up. I gave in and let them in cautioning them to be careful. After about 30 minutes her son drifted off and dropped the melted slushie all over the back seat.

I yelled f**k and pulled over to clean it up. After cleaning it up I got back in the driver’s seat and just drove. I was bloody livid but knew fighting or arguing over this wouldn’t solve anything.

Still I was in no mood to talk so I just remained silent for the rest of the ride, only giving short answers when spoken to. I dropped them off at her mother’s and kept driving. When I reached my lodging I saw a message from my gf calling me d**khead for giving them the silent treatment and making her son feel like s**t over an honest mistake.

This reader said he’s NTA and that they ignored his boundaries. 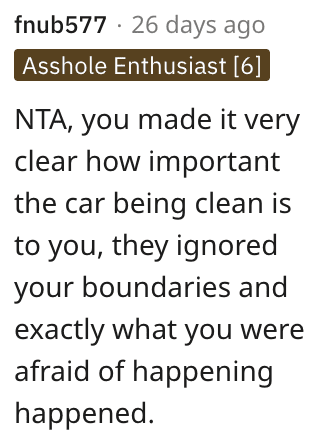 Another Reddit user said the kid being hungry is no excuse for this to happen.

And another individual said he’s NTA and they agree with how he handled this. 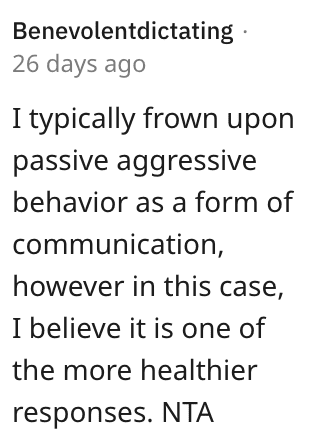