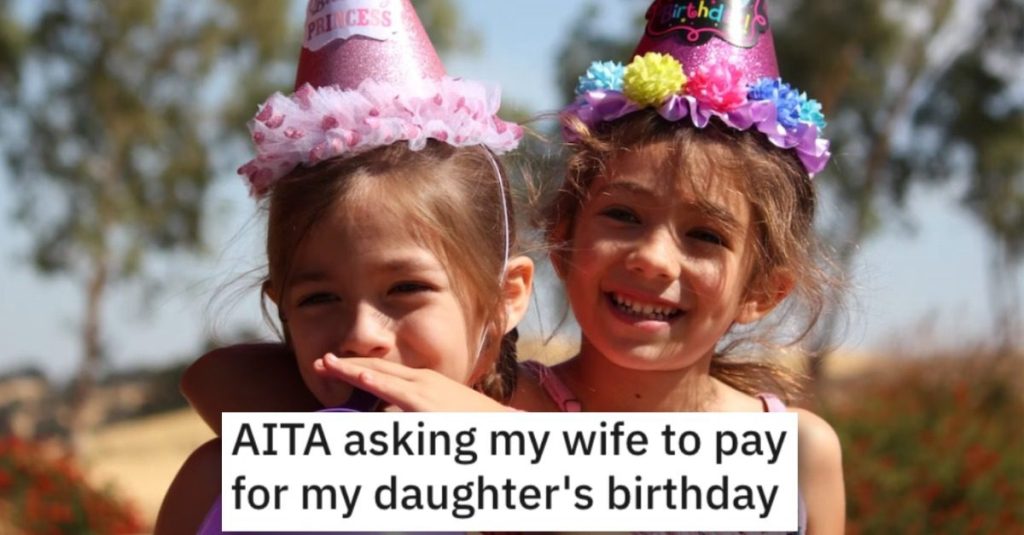 Things can get tricky between couples when it comes to finances.

Who pays for what?

Is this covered by you or by me?

And a guy took to Reddit’s “Am I the A**hole?” page to ask the fine folks there if they think he was out of line for asking his wife to pay for his daughter’s birthday.

Check out what he had to say…

AITA asking my wife to pay for my daughter’s birthday?

“My wife (Maddi) have been together for 5 years. I have a daughter, Rachel (14) and son, Mitch (11) from my previous relationship and a stepdaughter Talia (14).

We always have had separate finances and originally had similar paying jobs. While hers has definitely become better than mine, we have stayed as we are, aside from shared expenses being split more equally.

Around 7 months ago we found out Rachel is sick. I’ve been doing everything I can for her, trying to help her and the best treatment I can afford. But the issue is I can’t. I’m draining my savings and can barely afford more basic treatment. I can pay for necessities and treatment, but nothing else.

Maddi has been financially fine throughout. She’s paying more of the necessities, but she’s constantly buying Talia things, taking her out, letting her do things that I can’t do for either of my children. I know we agreed to have separate finances, and it’s not wrong per se.

But its definitely been causing some conflict, though I’ve tried hard to work it out. I know that it’s my responsibility, but it’s just not working well. I can’t afford extracurriculars or for them to go out with friends or special dinners or anything.

Rachel’s birthday is coming up, and I want to do something nice while we can. I asked Maddi for help, if she can cover her birthday because I can’t. But Maddi refused. She is paying almost all the essentials, and doesn’t think she should have to pay for this. That she knows I can’t pay her back and it’s my responsibility.

I understand all that, but it’s not fair. I’m not asking for my own sake. Rachel and Mitch are already missing out on so much, and I know how horrible Rachel feels. I just want this one good special night for her.”

This reader said he’s NTA…but he could be one for guilt-tripping his wife. 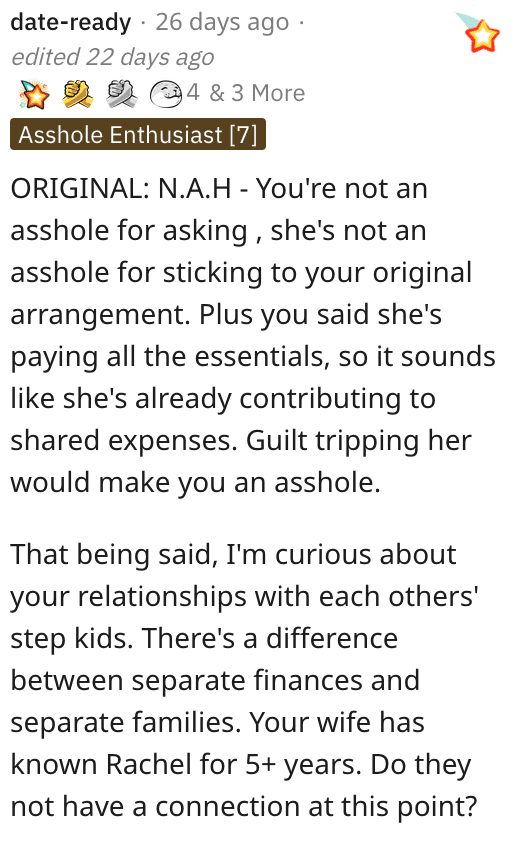 And this person said he’s NTA but said they don’t think his relationship will survive this. 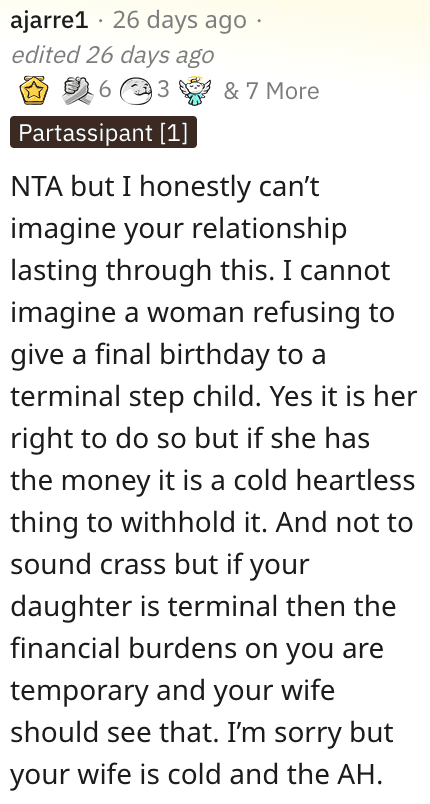 And another Reddit user said his wife seems pretty cold and heartless. 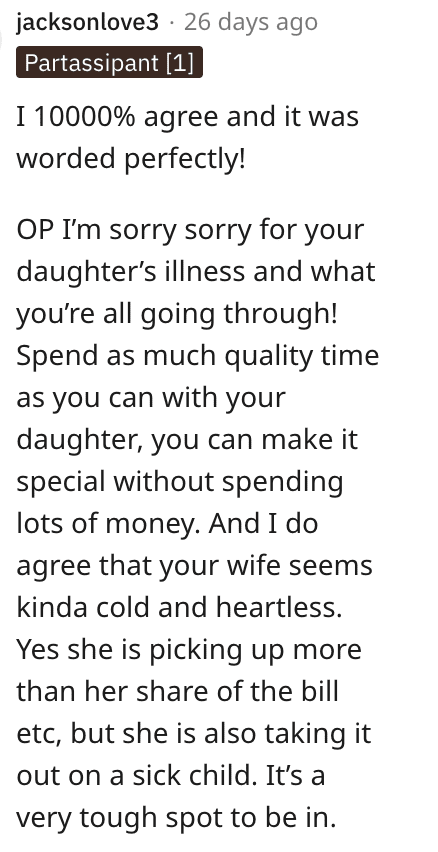