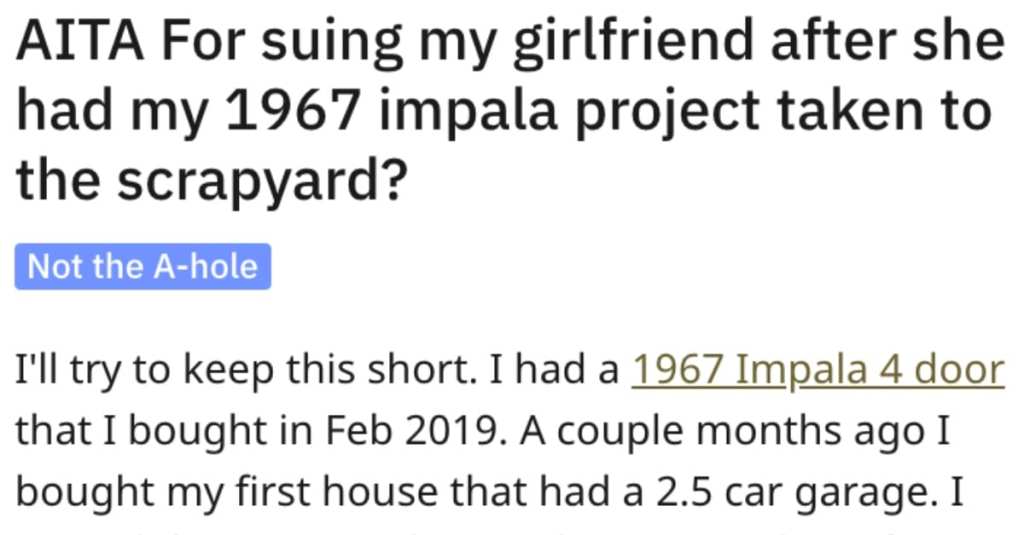 Never mess with a man’s car! Haven’t people learned this lesson by now?

Well, apparently this woman wasn’t clear about this and she made a pretty major mistake…which you will read about below.

And this story takes a wild turn and involves a guy suing his own girlfriend.

Check out this tale from Reddit’s “Am I the *sshole?” page.

AITA for suing my girlfriend after she had my 1967 Impala project taken to the scrapyard?

I moved the car in and started tearing it down for a complete restoration. I had the body in one bay and the chassis in another, plus the whole garage filled with parts. About two months ago my girlfriend came to live with me during this whole crisis and the whole time has hated that car.

She wants to park in the garage but I have 2 acres of land with a lot of nice places to park under shady trees or hell even in the barn if it has to be inside. I tell her tough luck its my house and its not like I can just throw it back together real quick. Anyways I was out of town for a couple days on a business trip for the small local company I work for.

When I got back, my girlfriend was all smiles. Making me food all the time, doing all the chores, all that. I though maybe she just was happy to have me home but then I realized that I didn’t see her car in it’s usual spot. I asked her where she parked so I could make sure I mow that area and keep it clean and she said not to worry because she parked in the garage. I asked how and she told me to go check it out.

Turns out that while I was gone she hired some people to come over and move everything related to that car, including the drivetrain, body, and chassis and all parts, and take it to the local dump/scrapyard. I was absolutely dumbfounded. I had spent over 11k on that car including new parts, services, and the car itself.

I told her that I was going to be taking her to court for that and she brushed me off like I was being dramatic. I told her that its done between us and to pack her things and leave.

I admit I was a really angry but I did end up getting a lawyer, and as I have all the receipts for all that money spent and I have her on my house’s security cam footage letting the guys in and watching them take it all I think I can win.

Her family and friends are absolutely blowing me up saying its just a stupid old piece of junk and that she cannot pay back all that money I spent, and that I should just let it go. But I have been putting all my time, effort, and money into that car for a year and a half now and goddammit if I am not going to get justice for what she did.

This person thinks that the guy should sue his girlfriend, no questions asked. 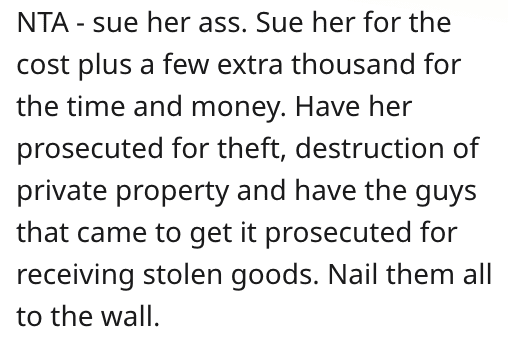 Another reader said that the man’s girlfriend has a lot of nerve for what she did.

This reader said that this kind of action is divorce-worthy. Good thing this couple isn’t married yet. 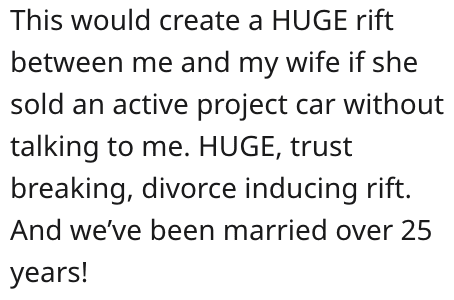 This Reddit user said that the girlfriend was definitely in the wrong here. Full stop. 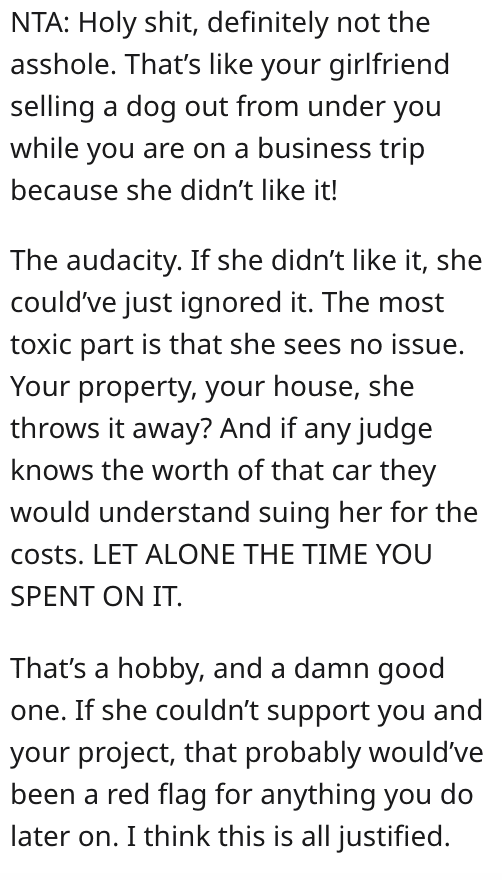 Finally, this woman said that her husband also has hobby cars and she would never dream of doing something like this. 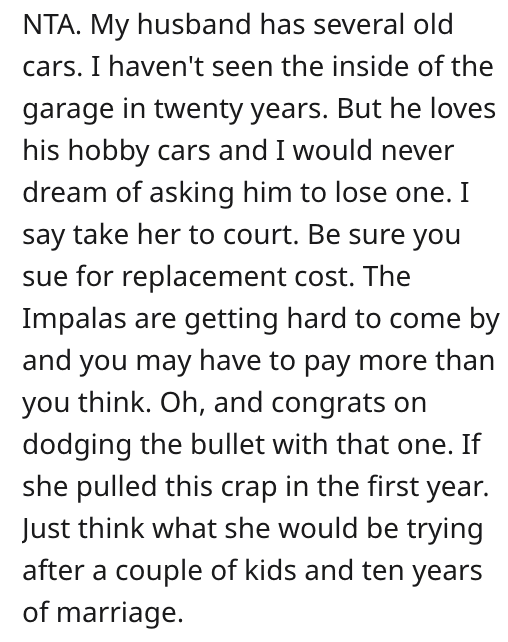