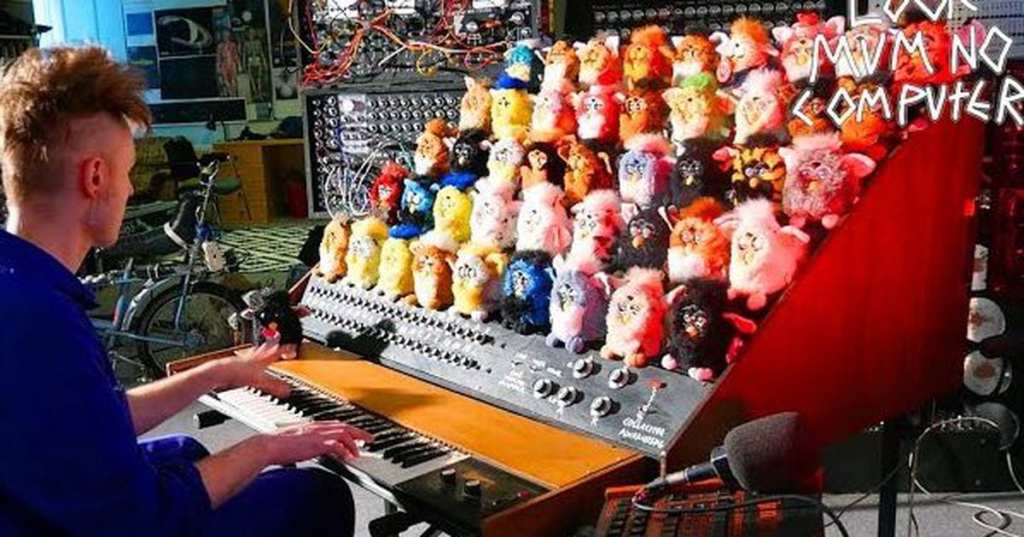 You remember Furbies, right? They were one of the hottest toys of the 1980s and early 90s, and possibly one of the most adorably creepy robots ever made by man.

Despite their drop in popularity in recent years, Furbies are still very much around. You can still find them on toy store shelves – if you wanted one, which most people don’t.

This guy is not most people, though. He decided to take a whole bunch of them and turn them into a Furby organ. Yes, you read that correctly.

After years of collecting as many Furbies as he could get his hands on (44, all told), YouTuber Sam Battle from LOOK MUM NO COMPUTER created what might easily be the most horrifying instrument I’ve ever seen.

From the moment he collectively “awakens” all of the Furbies to the strange, haunting melodies he proceeds to play, I couldn’t look away. It’s the perfect mix of disturbing and compelling, and I can only stand in awe of the mad genius that created it.

If you enjoyed this, check out:

20+ Photos That Are as Disturbing as They Are Hilarious