Man Calculates Odds of Finding Your Soulmate. Results… Not Encouraging

We’re weaned on stories of one-true-loves and happily-ever-afters, but as we grow up and (nowadays) enter the world of online dating, it’s easy to get more and more cynical about the probability of finding that person – if they even exist in the first place.

If you’re feeling that way, it turns out the math is on your side. So maybe, well…don’t give up, but indulge your cynical side, because it’s probably right. 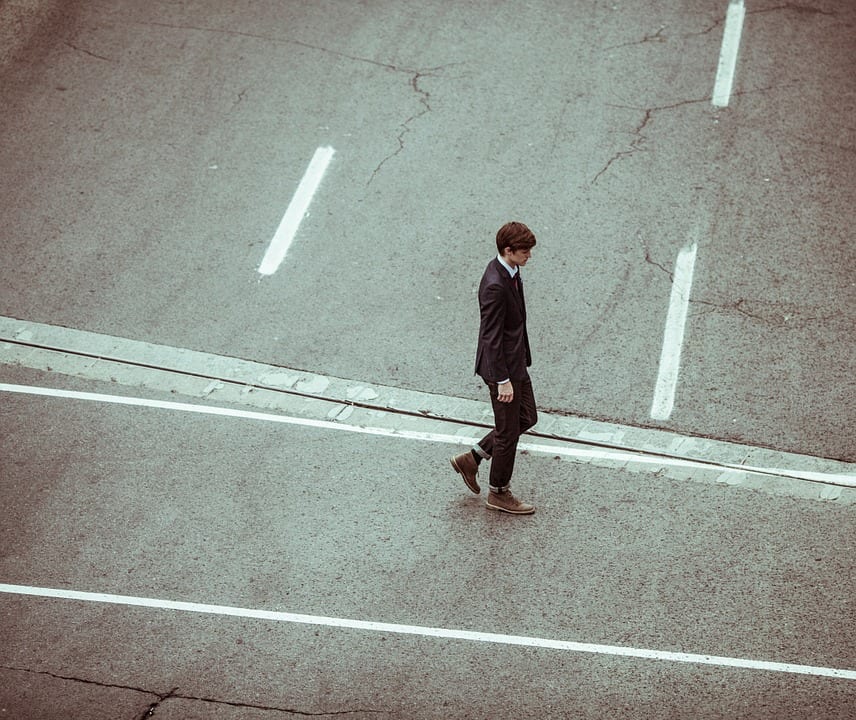 It all started out rather nicely, with someone trying to be encouraging around to all the single folks around Valentine’s Day. 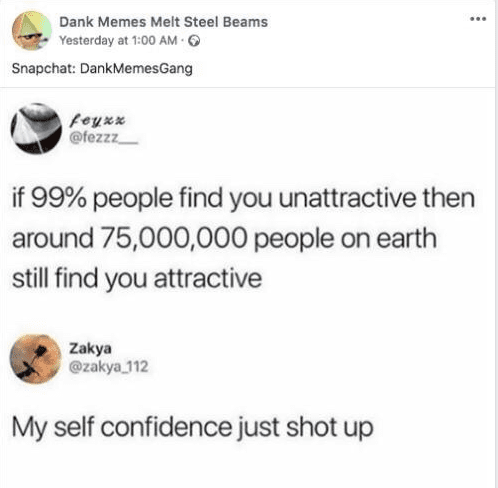 But then THAT guy had to come around and be, well, THAT guy. 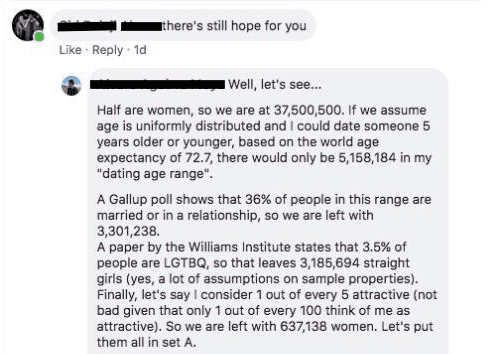 You know, the “well actually” guy. Who is kind of smart but also enjoys raining on people’s parades. 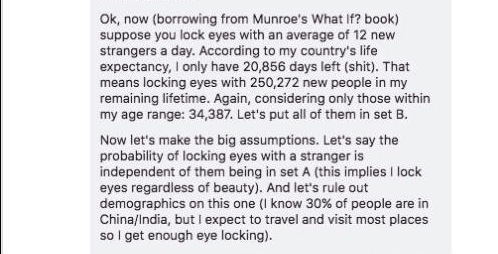 At least his friend’s have his number. I guess.

Thank goodness for pizza and beer and comfy couches and Netflix!