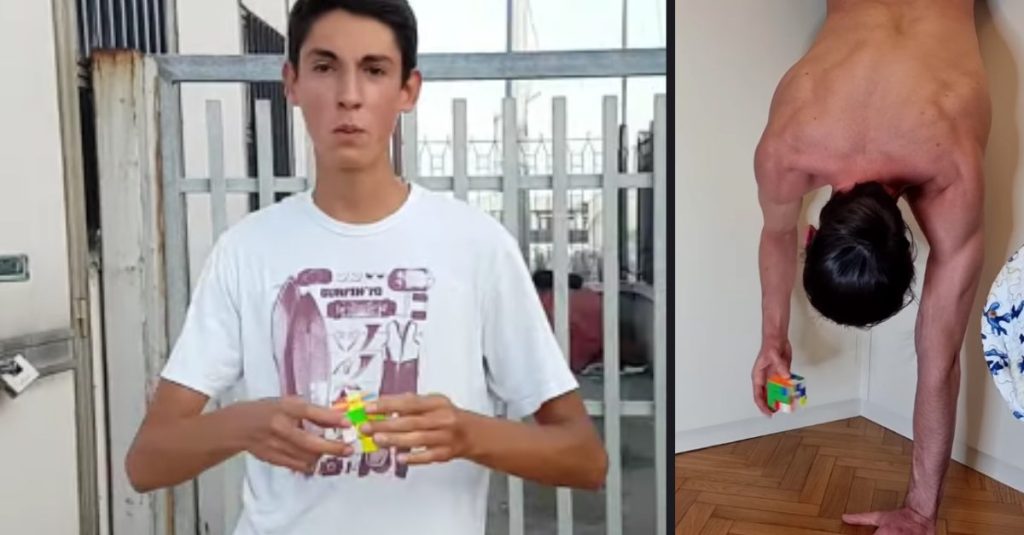 It seems like the Rubik’s Cube never goes out of style.

I remember it being a big hit during my school days and that a loooooong time ago, my friends…so long ago, in fact, that you might not even believe me.

A man from Italy named Andrea Muzii has taken it upon himself to solve the classic cube while multi-tasking and completing a number of other difficult activities and we think you’re going to be pretty darn impressed.

In addition to the feats you’re about to see Muzzi accomplish with the Rubik’s Cube, it’s important to know that he’s also been a world champion at the World Memory Championships, which I had never even heard of until now, if I’m being honest.

In this first video, Muzii solves the Rubik’s Cube while doing a one-handed handstand.

And this video shows Muzii doing it while he does a number of different things, including one-armed pushups and juggling.

Look at him go!

Now take a look at the video of Muzii pulling off the feat behind his back while riding a bike.

Think you could do this?