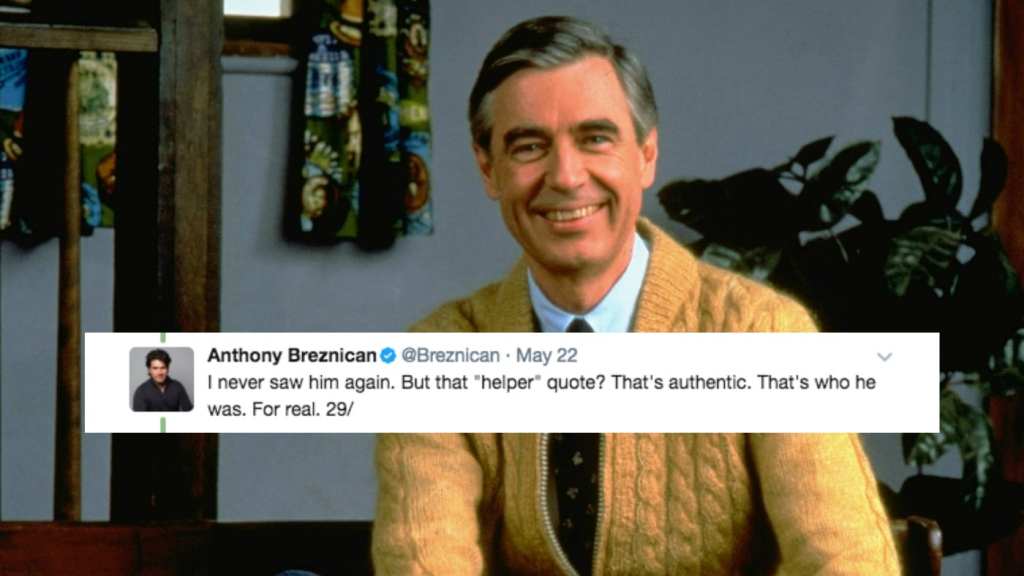 If you’re of a certain age, there’s a good chance that you grew up as part of Mr. Rogers‘s neighborhood. And guys, he was the best neighbor – not just on the show, but to every last one of us in real life, too. I didn’t realize just how good of a guy he was until I wrote this list of facts about his life, but it pretty much left me thinking there wasn’t a better human being walking the planet while he was alive.

Then this writer tweeted a story about a personal encounter he had with Fred Rogers, and basically I’m a puddle of sobs and heartache and hope for humanity.

It started out as an homage to possibly Mr. Rogers’s most famous quote about looking for the helpers during scary moments (like the attack in Manchester that was fresh in everyone’s minds). 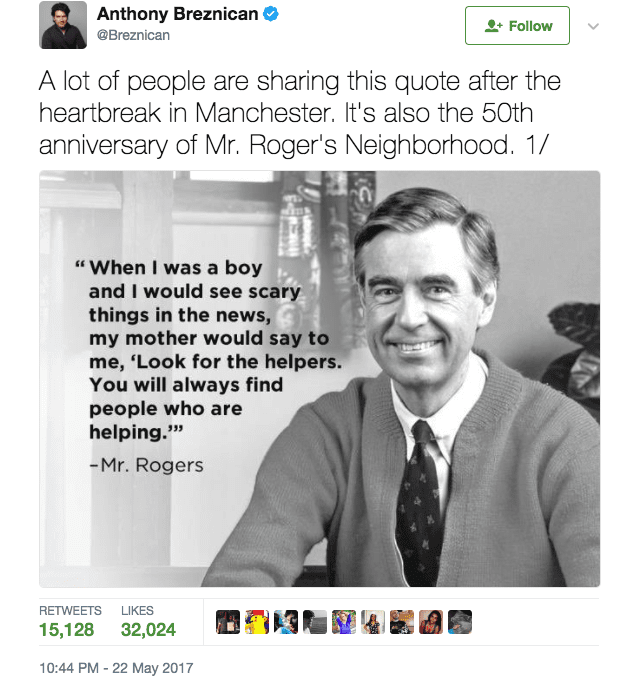 But writer Anthony Breznican then revealed that he had a personal story to tell about meeting a man he’d looked up to as a child at a moment when he was struggling. 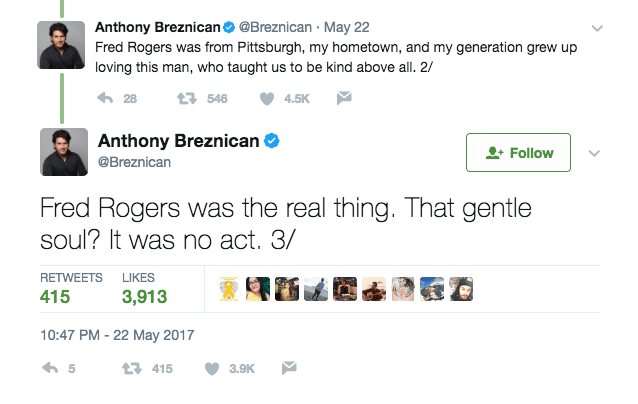 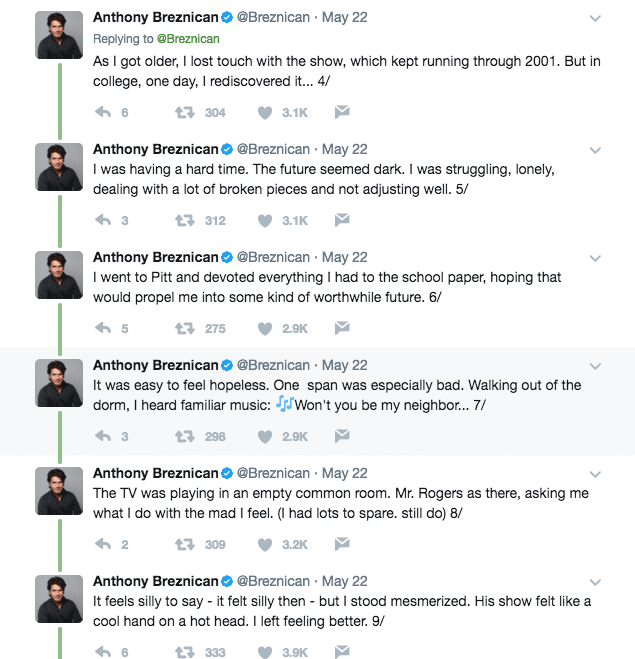 No, I’m not tricking you – this is just the first part of the story. Even though seeing the show in that moment helped, it’s not the personal encounter that stayed with this man for decades. 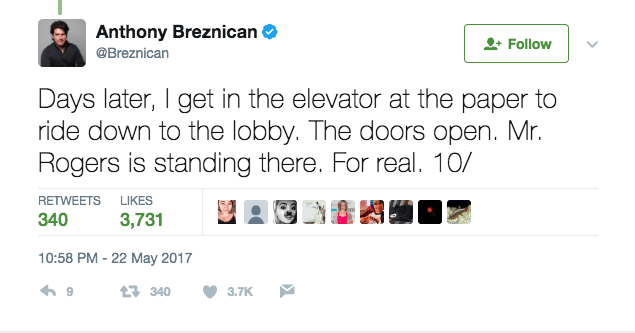 I would have been totally starstruck, with five-year-old me staring in complete wonder. 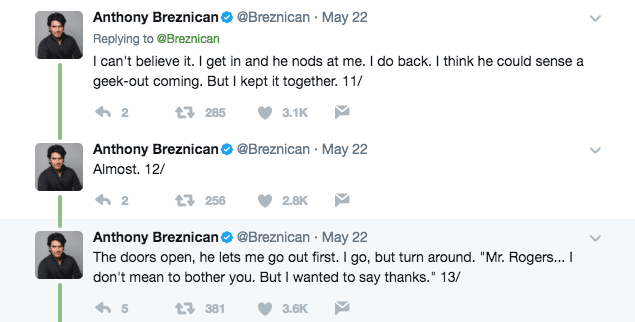 And that’s when Mr. Rogers spoke, and my heart grew three sizes. 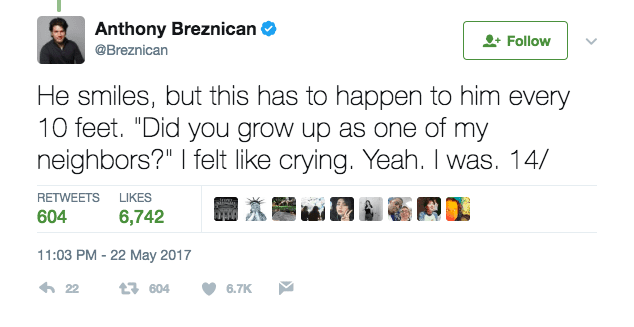 I feel like crying, too. What a kind, patient person. And then… 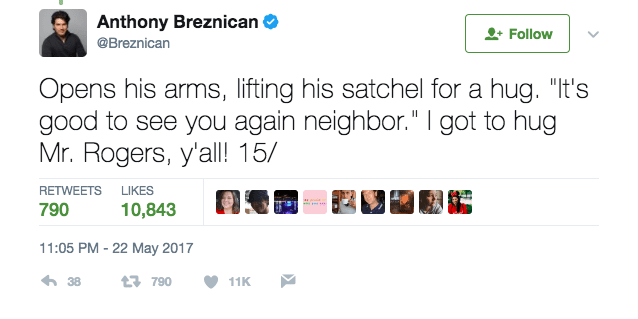 But wait. We’re not done yet. 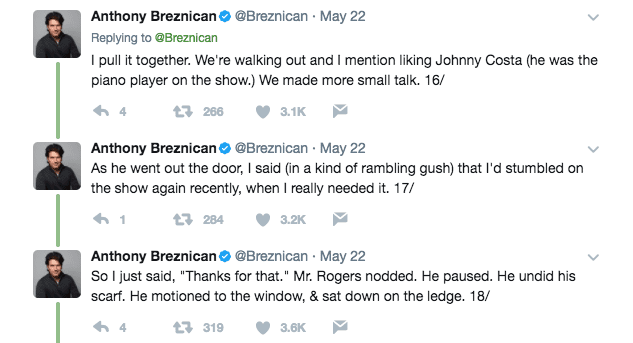 This next part? It takes him beyond kind and shows that the heart and care he gave us all on television, every single day, wasn’t the slightest bit fake. He did care about us. All of us. Like we were more than viewers – we were his neighbors. 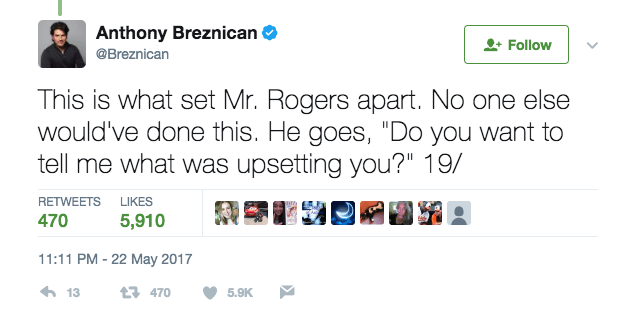 Anthony Breznican goes on to tell the rest of his story. Fair warning: you might want to grab some (more) tissues. 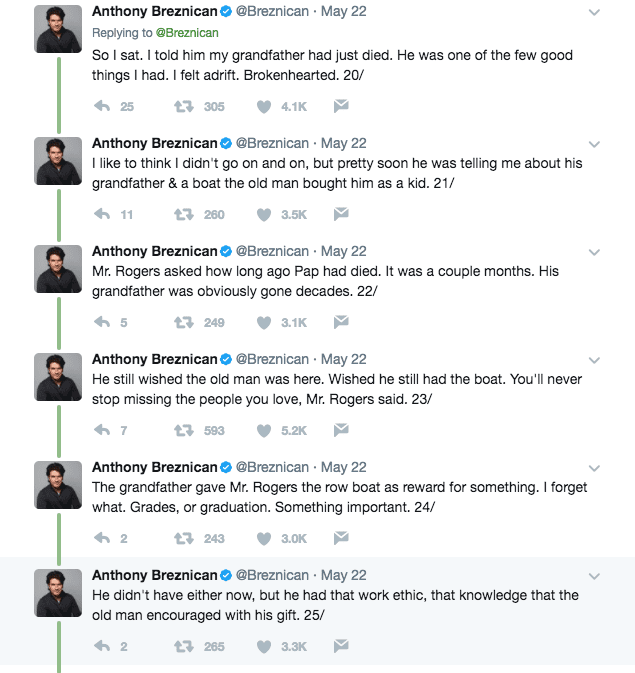 Then, Fred Rogers brought the kind of thoughtful wisdom that made all of our parents feel good about sitting us in front of the television to watch him every day. 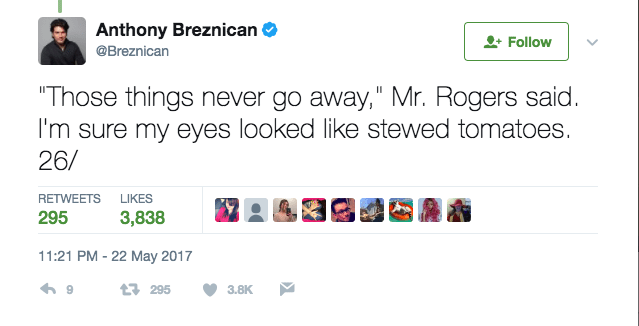 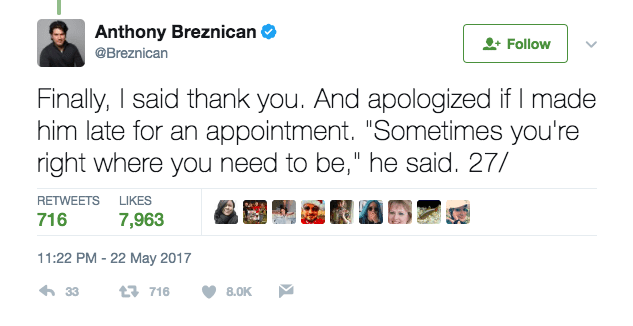 And just in case someone out there wasn’t sobbing into their laptop already, he finished up his story like this:

I think that, whether we know it or not, we’re all missing Mr. Rogers. It’s hard to lose a soul like his and not feel the loss, but I also think that he’s given us everything we need, by being there for us when we were young. And the best thing we can do to honor his memory is to pass on his legacy.

To be good neighbors to each other in his stead.