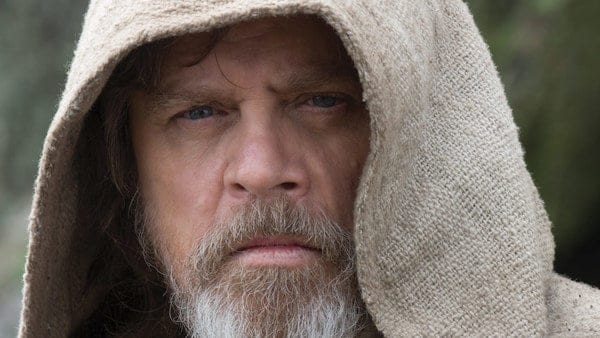 Eight years ago, 17-year-old John Sikorra was terminally ill with Batten’s disease. A huge Star Wars fan, John desperately wanted to meet Luke Skywalker before he passed away. So his parents reached out to the only person they knew in the film industry for help, screenwriter Ed Solomon.

Ed shared the touching story of what happened next on Twitter.

WHY I WILL LOVE @HamillHimself FOREVER (THREAD OF 4):

When a friend's son (who was, so tragically, dying from an incurable illness) made a wish: to meet Luke Skywalker, it fell on me — the only person the dad knew who worked in the film business — to make a call. 1/4

Ed reached out to the agent of Mark Hamill, aka the real-life Luke Skywalker. Ed told the agent all about John’s dying wish.

“The agent begrudgingly said he’d call Mark, but also said not to get my hopes up. 90 seconds later I got a call from @HamillHimself, who immediately said yes and gave me his home address,” Ed wrote.

“He not only met with the boy, but spent hours answering question after question (sometimes the same ones repeatedly), AS ‘Luke.'”

Because of his state of mind, John’s short-term memory was faulty, and he couldn’t easily differentiate between “Hamill the person and Luke Skywalker the character.” But Mark was patient and kind with the young boy, according to John’s father Joe.

“It was one of those beautiful experiences,” Joe told The Hollywood Reporter. “It is very humbling, this disease. You have got to let go of your normal expectations for you and your kids and family. In the midst of struggle and tragedy, it was those points of connection that make you feel loved and less isolated. Mark was very kind, ‘No rush, my time is your time.'”

John passed away at just 23 years old in 2015. Years later, this story is still making people tear up. Rest in peace, John! May the force be with you.