The Michigan School Massacre of 1927

Sadly, attacks on schools have become an all too familiar phenomenon in the U.S. These senseless tragedies play out on our television screens so often that many Americans have seemingly become desensitized to the massacres. Columbine, Sandy Hook, Virginia Tech, and many other schools will always be associated with the violence that occurred there.

Without conducting any research, one might assume that attacks on schools first started occurring in the 1970s or 1980s, before becoming a painful trend in the late 1990s. Upon further examination, however, you might be surprised to learn that an incident in Bath, Michigan in 1927 still holds the gruesome distinction of the deadliest attack on a school in U.S. history, and that the perpetrator of the carnage was not a student, but a school board member.

Just northeast of Lansing, Michigan lies the small community of Bath. It was here on May 18, 1927 that a lone attacker named Andrew Kehoe murdered 44 people, including 36 schoolchildren, before committing suicide. Kehoe was a 55-year-old member of the town’s school board, who, in the year before the attack on the Bath Consolidated School, had grown increasingly distressed with his life. In 1926, Kehoe lost the election to become Bath’s township clerk, and he learned that his mortgage was going to be foreclosed. Neighbors noticed that Kehoe had stopped taking care of the property on his farm. And on top of his financial and professional troubles, Kehoe’s wife Nellie was sick with tuberculosis and getting worse. 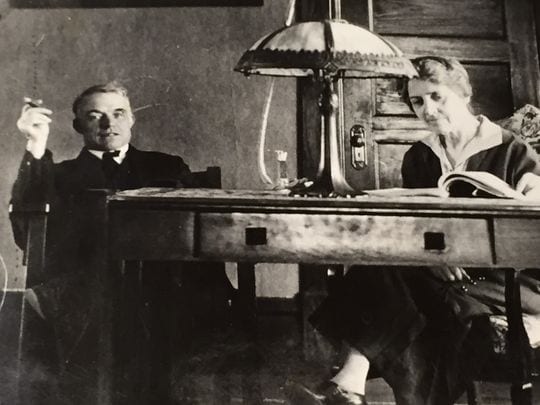 What Kehoe’s neighbors and the other residents of Bath did not know was that the frustrated man had begun planning an attack of epic proportions on the town’s school, where approximately 250 children attended grades 1-12. From the end of 1926 and into 1927, Kehoe bought over a ton of explosives and dynamite. Kehoe was an experienced electrician, and he wired explosives beneath both the school and his farmhouse, plotting and waiting for the perfect moment to execute his deadly plan.

Wednesday, May 18, 1927 was the day. Around 8:45 that morning, a series of large explosions were heard – and felt – on Andrew and Nellie Kehoe’s property. Andrew Kehoe had murdered his wife, left her body in a wheelbarrow near their home, and set off bombs that destroyed his house and the buildings on his farm. Firefighters rushed to the scene, believing the fires caused by the bombs must have been the result of a terrible accident. As the men were fighting the fire, Kehoe drove up in his truck and told them, “Boys, you’re my friends. You better get out of here. You better get down to the school,” before he drove away.

Also at 8:45, a bomb that Kehoe had planted in the school and wired to a timer went off. A massive explosion ripped through the north wing of Bath Consolidated School, killing dozens of people, the majority of them schoolchildren. People in the rural community of Bath rushed to the scene, parents and family members frantic, searching for their kids. 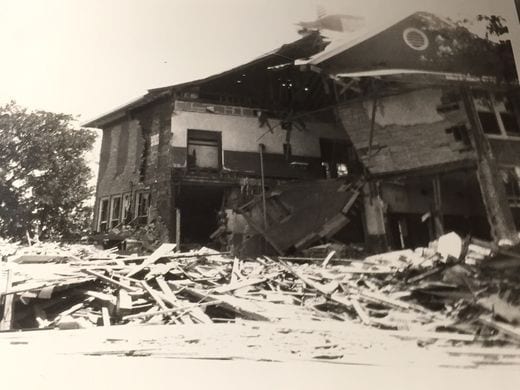 Thirty minutes after the school explosion, Andrew Kehoe pulled his truck up to the front of Bath Consolidated School and summoned Emory Huyck, the school’s superintendent, to his side. Then, he blew himself, and his Ford, up. Kehoe had loaded his Ford with explosives and shrapnel so as to inflict maximum destruction – and it worked. The suicide blast killed Huyck and several other bystanders. 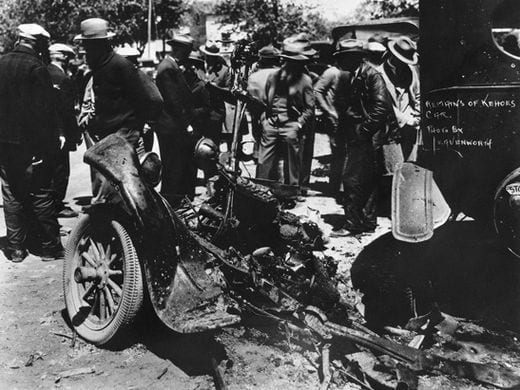 The death toll, including Andrew and Nellie Kehoe, stood at a staggering 45 people. An additional 58 adults and children suffered injuries in the explosions. The massacre in Bath made national news, and the name Andrew Kehoe became synonymous with evil. 90 years later, the events that took place in Bath, Michigan continue to stand as the deadliest attack on a school in U.S. history. 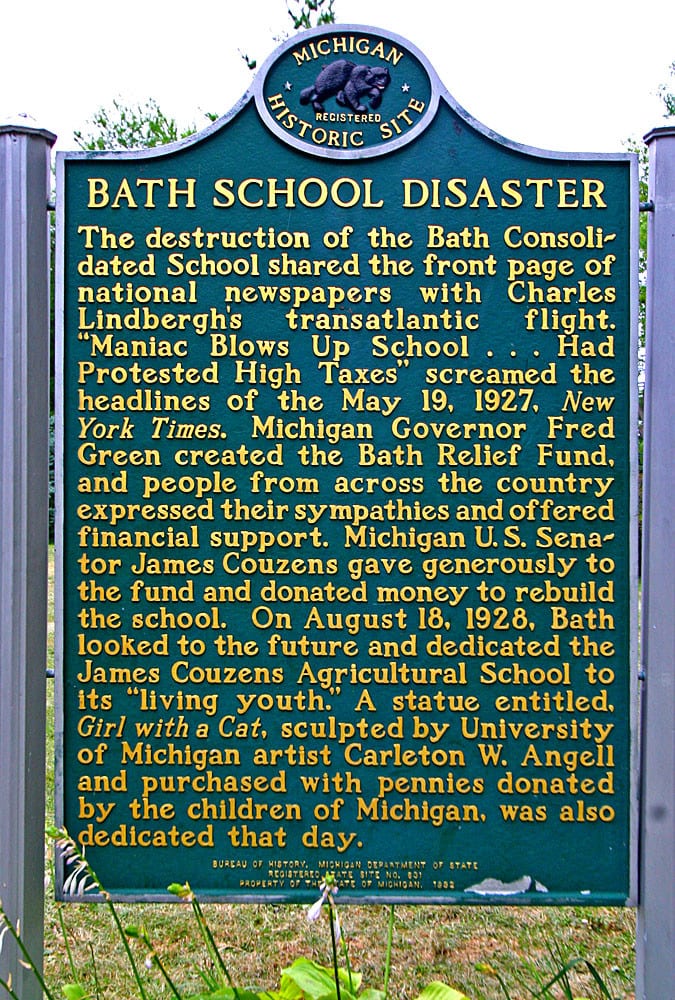 “Say You Love Satan”: The Case of Ricky Kasso, the Acid King
The “Co-Ed Killer”: The Twisted Life of Edmund Kemper
The Irish Assassin: Vincent ‘Mad Dog’ Coll
4 Unsolved Murder Cases That Will Give You The Creeps
This Man Thinks He Knows Who The Zodiac Killer Is – His Father
“Born To Raise Hell:” Richard Speck and the 1966 Chicago Nurse Murders
This Real-Life Murderous Couple Inspired Bruce Springsteen’s “Nebraska”
Sentenced to Life, but the Bodies Were Never Found: A True Crime Tale from Kansas
The Real Life Inspiration for Pigman in “American Horror Story: Roanoke”
Can You Guess Which President of the United States is a Murderer?
Amelia Earhart May Not Have Died in a Plane Crash After All