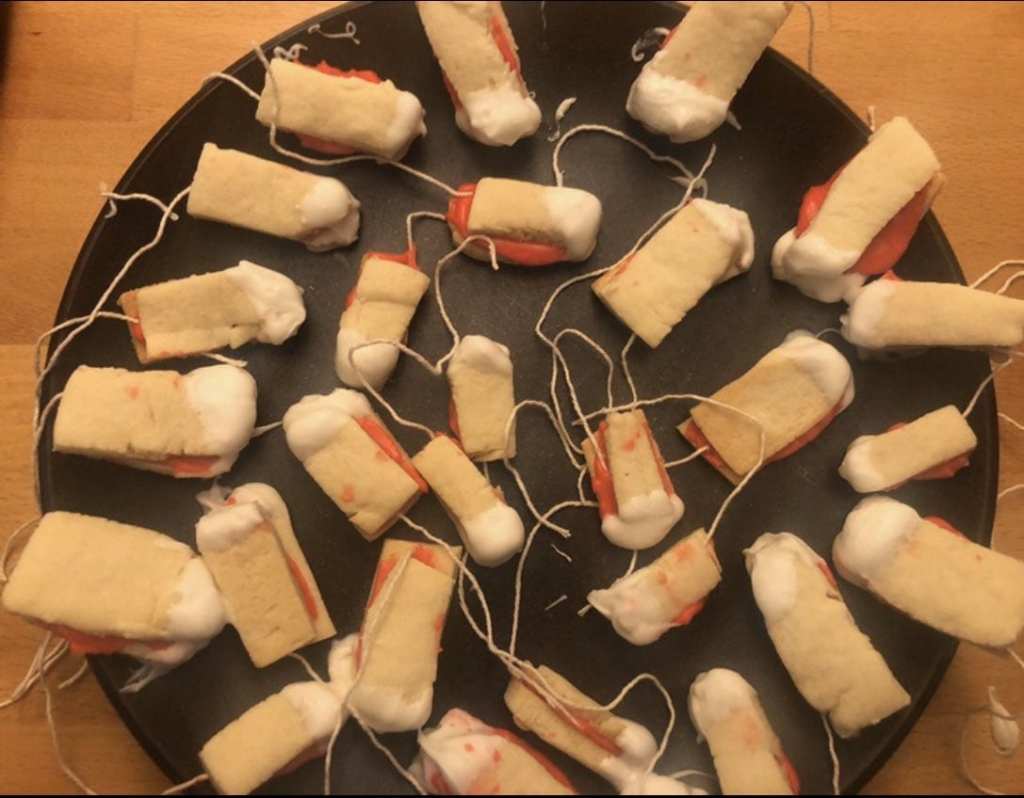 Having periods can cost you roughly $18,000 over the course of your lifetime, according to 2017 analysis by HuffPost. It doesn’t quite seem fair that half of the population should have to pay out of pocket for an uncontrollable health necessity, which is why many folks have recently begun advocating for free tampons and pads at work, schools, and public places.

Now, even young people are getting in on the fight.

A group of middle schoolers organized to ask the principal to start distributing free tampons in the bathroom. The male principal refused, claiming that kids would “abuse the privilege.”

The students didn’t give up, though. They protested by making cookies in the shape of tampons.

Ilyse Hogue, president of NARAL Pro-Choice America, is the friend of the parent of a seventh-grader at the school. She told the story on Twitter.

My friend’s 7th grader goes to a school where the kids organized for free tampons in the bathroom. The male principle said no because they would “abuse the privilege.” The kids decided to stage a cookie protest. Behold the tampon cookies! pic.twitter.com/jz2KtbhOhS

The cost of tampons is especially unfair for young students, who have no control over their parents’ level of income or wealth. Kids who don’t have reliable access to menstrual products may not be able to attend school consistently.

The cookies appear to be made of wafers, red and white frosting, and string.

In response to Ilyse’s tweet, other Twitter users shared stories of similar actions at other middle and high schools.

I as in the restroom restocking the shelf when some guest students came in. They were excited to start a similar shelf in their school. If we give the kids an opportunity, they will be kind and generous.

They also mocked the principal’s concerns and praised the students’ creativity.

Is he afraid girls are just gonna start having periods for fun?

I am obsessed with this and the kids at this school??
Love to be reminded that the kids are DEFINITELY alright

As one user wrote: “The kids are DEFINITELY alright.” And hopefully, their efforts are successful!