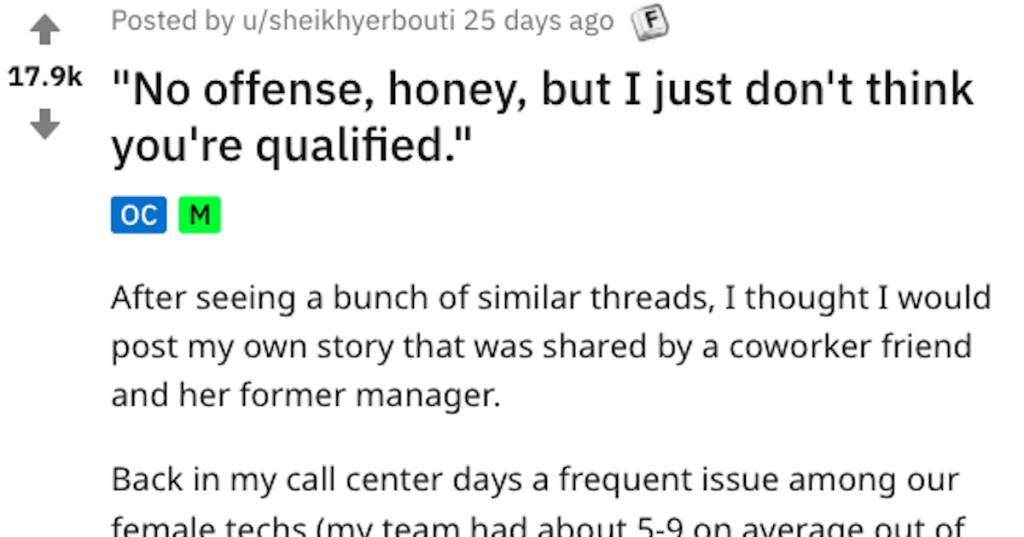 Misogynist Customer Gets in Hot Water With Company’s Legal Department

We’ve all heard the adage “the customer is always right.” In certain situations, however, that’s not always the case.

Even in this day and age, some people believe women can’t do as good a job as men. One Redditor tells the story of one such male customer, who refused work with a woman on whatever technical issues he was having. He got bounced to her supervisor to share his complaints. 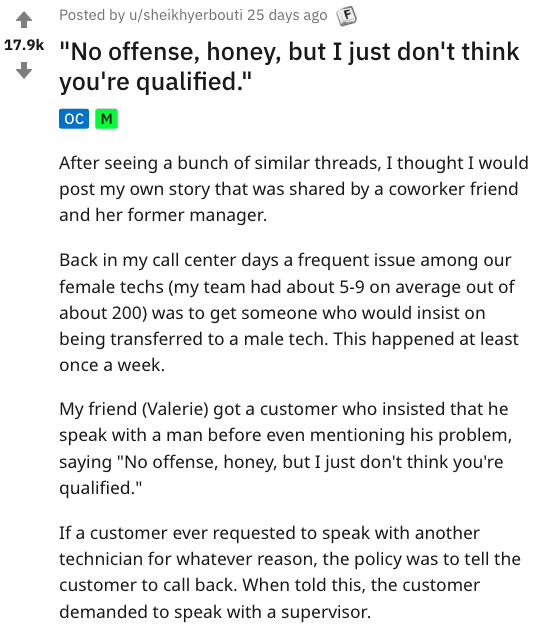 Of course, the supervisor was—you guessed it—a woman. This wasn’t the first time she had heard this complaint and transferred him to another tech, who also happened to be female. 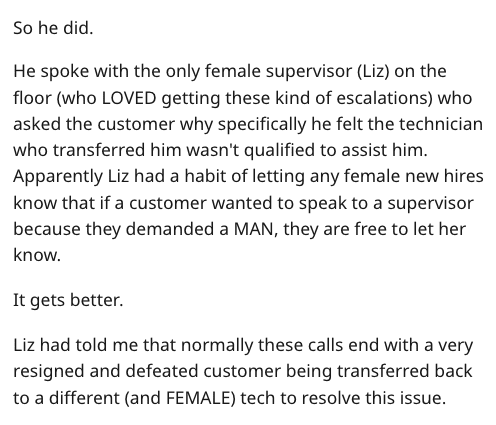 Usually, at this point, the customer is tired of fighting and takes the help, but this man would not be deterred. He continued complaining and was told to take his complaints to corporate.

The story doesn’t end there. 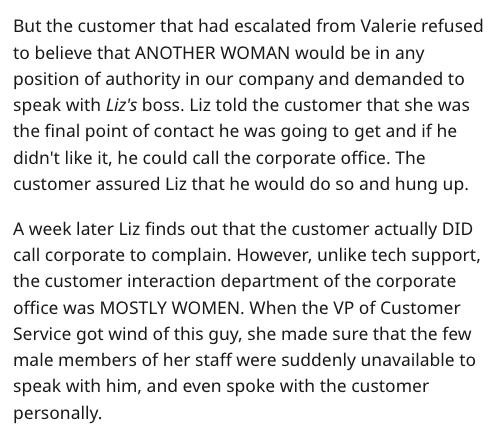 Whoever the customer got to speak with was a woman. He was passed from woman to woman, making his way up the chain to one of the company’s vice presidents—also a woman.

He continued calling the office and became more threatening with each call. By the time he got a man on the phone, he had found out just how much trouble he was in. 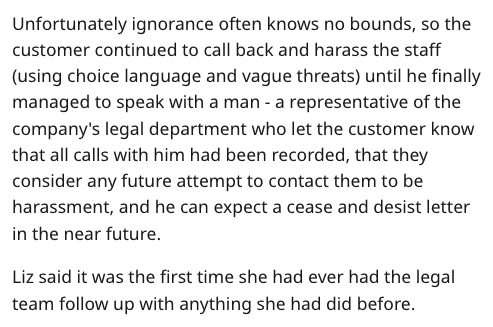 We assume he didn’t want to get any trouble but did he really get the lesson?

Unlearning misogyny isn’t easy, but it can be done, and in a world that is changing rapidly, it may very well be the best thing to do going forward. 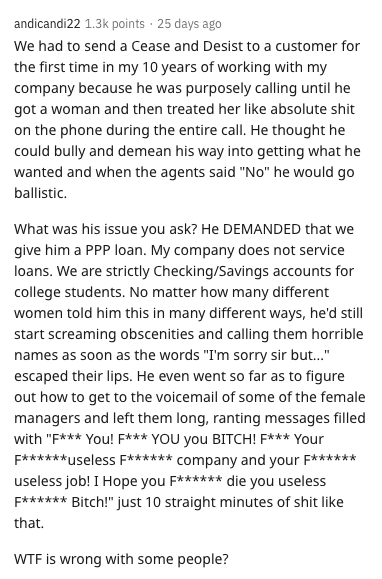 What’s wrong with some people?

No no no… what’s wrong with THAT person.

Jeezus… how do people get to be like that? 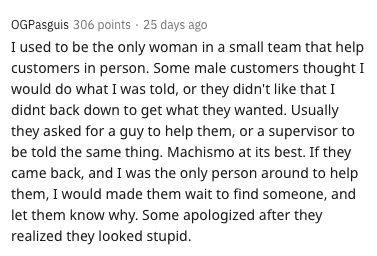 What hole did this guy crawl out of? 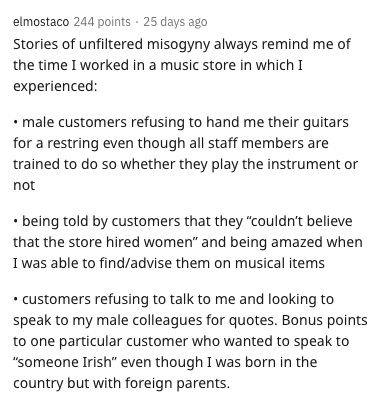 So… a big note to all the fellas out there… please don’t be like this. It’s a bad look. For real.

Have you ever experienced or seen misogyny in the workplace? Let us know in the comments!