Spoiler alert! You might not want to read on if you haven’t seen Star Wars: The Last Jedi yet (though it’s been out for a while, so if you haven’t, get on it). The latest installment seems to have divided audiences: some love it, some are complaining about a variety of issues they have with the film. I guess the writers and director should’ve reached out to every Star Wars geek in the galaxy and asked for their input?

But one scene in the film has left moviegoers scratching their heads – so much so that some theaters were giving viewers a warning before they entered the theater. The scene causing people to complain plays out like this: Holdo (played by Laura Dern) sacrifices herself in order to allow the Resistance time to escape by slamming her ship into a First Order Destroyer at light speed. All sound is cut out for a full 10 seconds so viewers can experience the eerie silence of space. That’s when folks have been complaining about a malfunction or glitch. (I once had a friend get up and walk out of the theater during a fade-to-black moment in the middle of a movie, so I can picture this clearly). 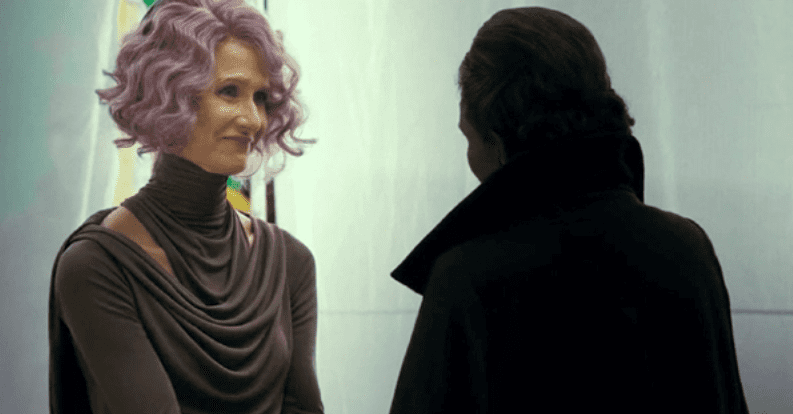 Ben Morris, visual effects supervisor for the film, said, “We had always hoped that would resonate, both as a story beat and as a striking visual, and when I heard all of the cries and gasps in the silence, it was just fantastic. We realized that it worked. That’s never really happened in Star Wars before.” And that’s why theaters put these signs up for a while. 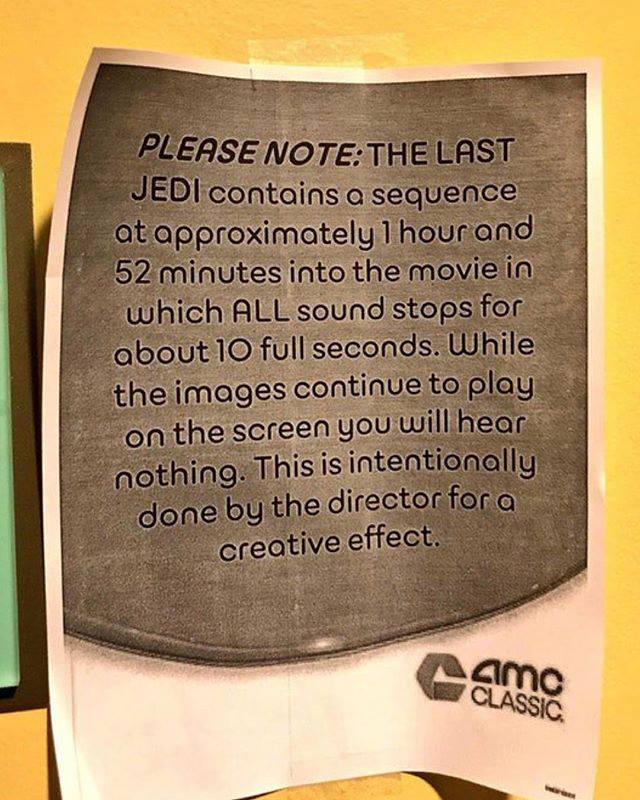 Man, can’t AMC up the quality a little bit? Looks like it should be tacked to a bulletin board in a truck stop. Anyway, it reads:

“Please note: The Last Jedi contains a sequence at approximately 1 hour and 52 minutes into the movie in which ALL sound stops for about 10 full seconds. While the images continue to play on the screen you will hear nothing. This is intentionally done by the director for a creative effect.”

The two AMC theaters that had the signs displayed have now removed them, and viewers are once again on their own to deal with the unusual scene without any warning.