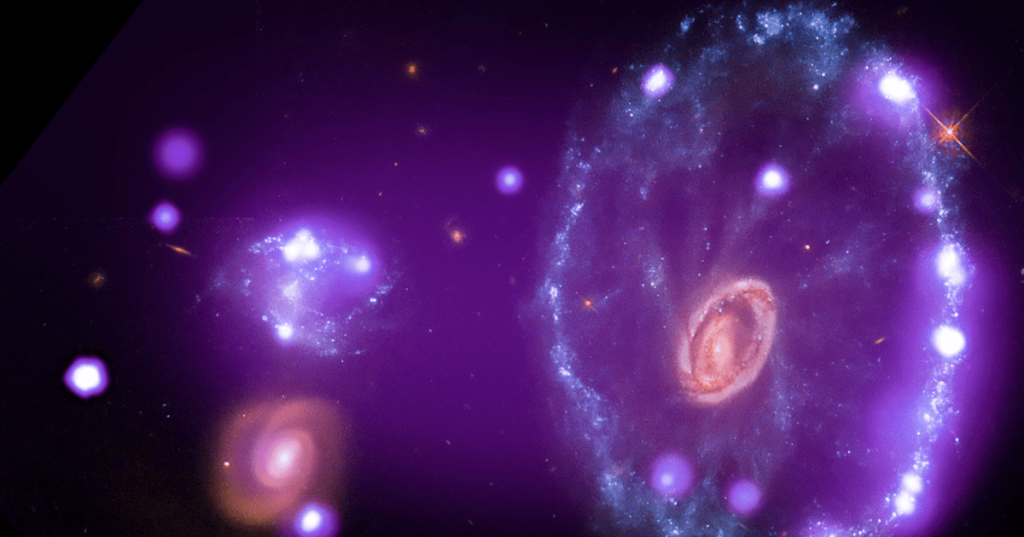 There are countless secrets of our universe that we still haven’t figured out yet. We get a little bit closer every day – and these images from NASA’s Chandra X-Ray Observatory are definitely a giant leap in the right direction.

Since 1999, the flagship X-ray telescope has produced over 23 trillion bytes of data. Thanks to the giant orbiting fixture, tons of magical, awe-inspiring images have come our way.

Here’s the latest drop from NASA that’s sure to blow the minds of even the most pessimistic of us.

Eta Carinae is a volatile system in our Milky Way galaxy. Previous eruptions from these two stars once created a ring of incredibly hot gas spanning 2.3 light years in diameter. That’s some pretty serious firepower.

Researchers are keeping track of which stars are up next to transform into supernovas – stars that suddenly become super bright due to a recent catastrophic explosion. This pair is likely high up on that list.

This image was created using data from the Chandra X-Ray Observatory, Spitzer Space Telescope, Hubble Telescope, and NASA’s Galaxy Evolution Explorer. The reason it takes so many sources to create one image? Each telescope is detects different elements of the Helix Nebula – so putting the data together provides a more accurate picture of the nebula’s moving parts.

This particular image is around 4 light years in diameter – or roughly 24 trillion miles long.

Galaxies like the one above are formed when collisions alter star formations. The hot gas distributed from this particular collision drags on for over 150,000 light years. That’s a distance that we cannot even begin to understand on Earth. 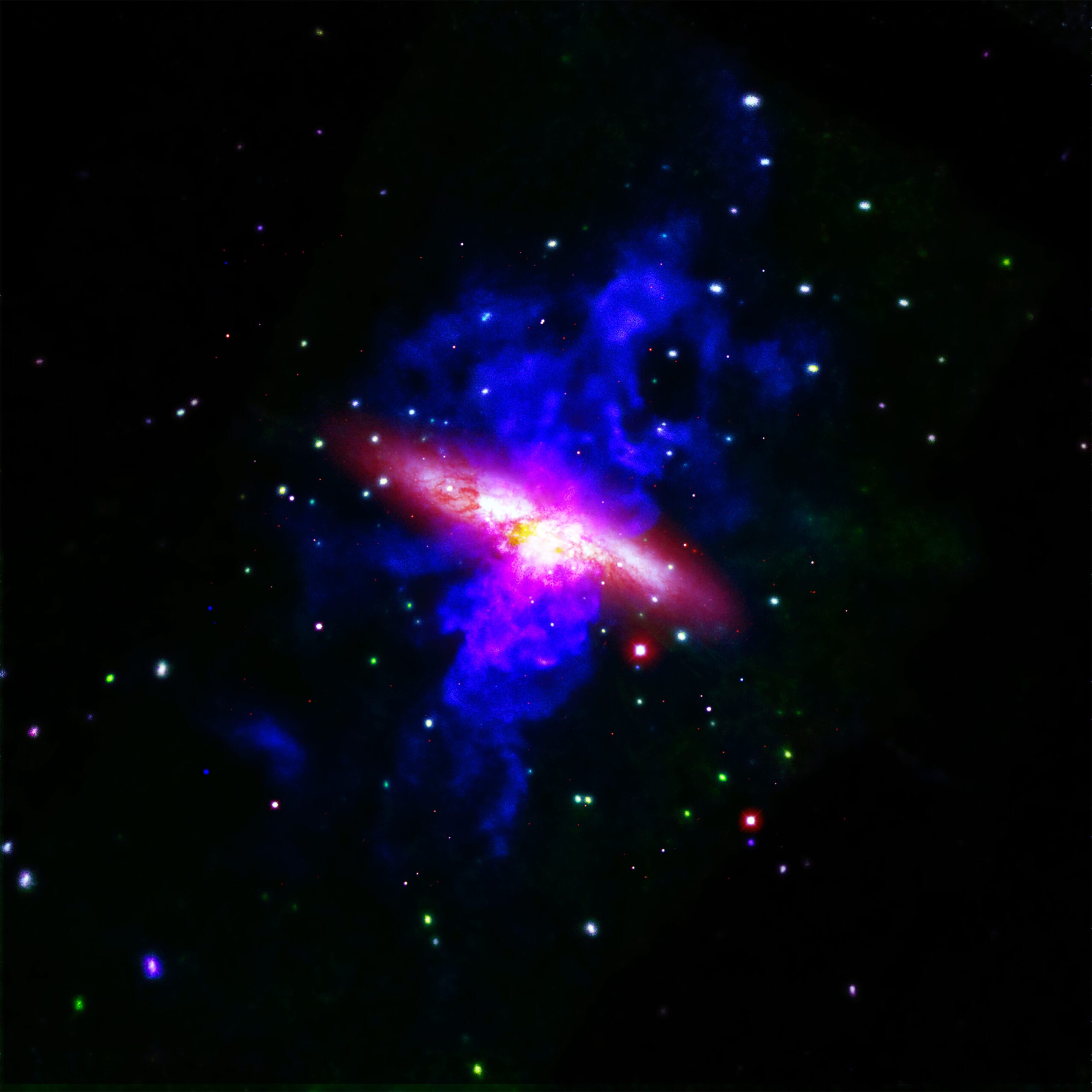 Messier 82, or M82, is giving scientists a glimpse into the process of star formation.

Here’s more about the image from NASA:

X-rays from Chandra (appearing as blue and pink) show gas in outflows about 20,000 light years long that has been heated to temperatures above ten million degrees by repeated supernova explosions.

This incredible album of images is seriously out of this world. The vast expanse of the universe gives me a little bit of hope during this super dark time. It helps remind me that there are things out there far bigger than our own tiny existence here on planet Earth. Plus, it’s comforting to look at other planets in the solar system and realize that – as it stands – Earth is still pretty hospitable.

If you’re feeling down about climate change, check out these dire photos from Venus. They’re sure to help you appreciate the greenery around us that we take for granted.

What are some of your favorite photos from space? Share them with us in the comments below!