New Book Highlights All the Ways the World Is Designed for Men, and No One Can Handle It

Author Caroline Criado-Perez spent three years researching her recently-published book, Invisible Women: Exposing Data Bias in a World Designed For Men, and now that the information is out in the world, righteous rage is spreading like wildfire in its path.

The reason? Well, while it’s generally accepted that there exists a gap in things like pay and often medical treatment between the sexes, her research reveals an even deeper divide that, in its most malevolent forms, is costing women their lives. 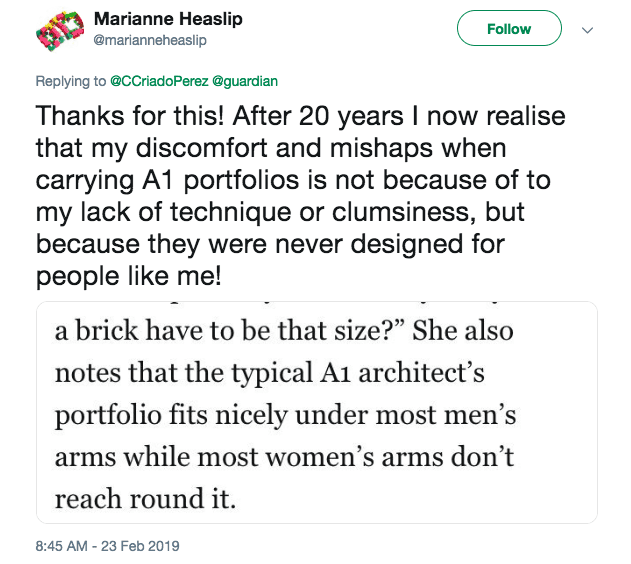 Her thesis is that the world has, in every nook and cranny, has been designed for men and sees women as an afterthought (if it sees them at all). An excerpt was recently published in The Guardian and pointed out several everyday ways that women are shunted to the side.

The examples range from small, like the way the size of a smartphone fits perfectly in a man’s larger hand but women struggle to hold the devices (which are about the size of an average female hand) to potentially deadly, like the way crash test dummies only test impact and safety measures for the male form. 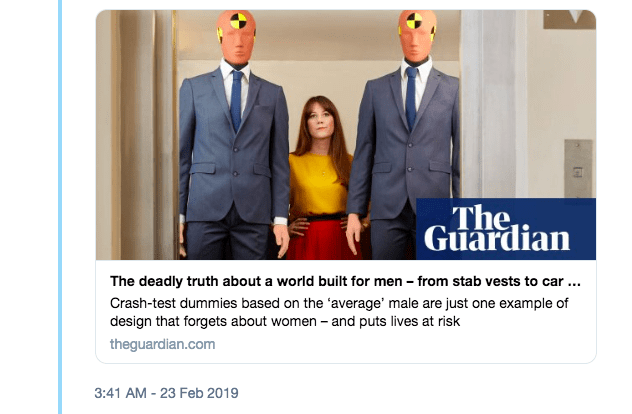 Truly. Women are 47% more likely to be seriously injured and 17% more likely to die in a car crash because of the way tests are performed. Women are smaller, sit closer to the steering wheel, and are typically lighter in weight than the “average male” crash test dummies.

Her research also reveals that heart attack symptoms are different in men and women, but the wider public (and even some medical professionals) aren’t aware of how to spot a female attack. While men experience chest pains and shooting pain down the left arm, women are more prone to report stomach pain, nausea, and breathlessness. The result is that women are 60% more likely to be misdiagnosed and potentially die as a result. 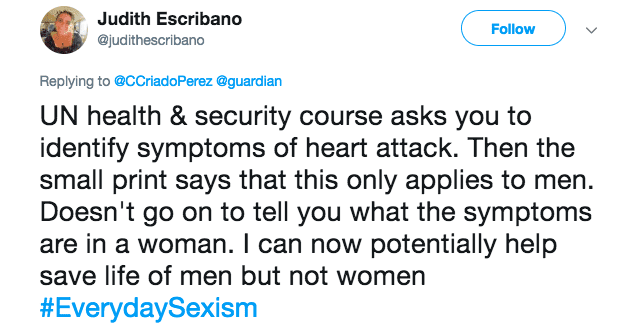 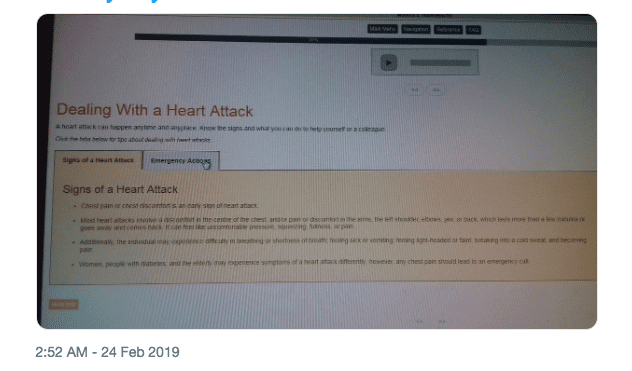 One tidbit that Twitter users took particular issue with was the fact that in testing, Viagra was found to give “total relief for serious period pain over four hours” but an all-male review panel dismissed it, claiming that no further funding was necessary because “cramps aren’t a public health priority.”

If you want more (and more and more) proof of the way the world kicks women and their specific concerns to the side, her book is now available. Maybe you’ll learn something.

But there’s one thing women already know, without a doubt, and will never need a book to understand: if men had to deal with having periods and all of the unpleasantness that comes along with them, cramps would be a top public health priority, for sure.