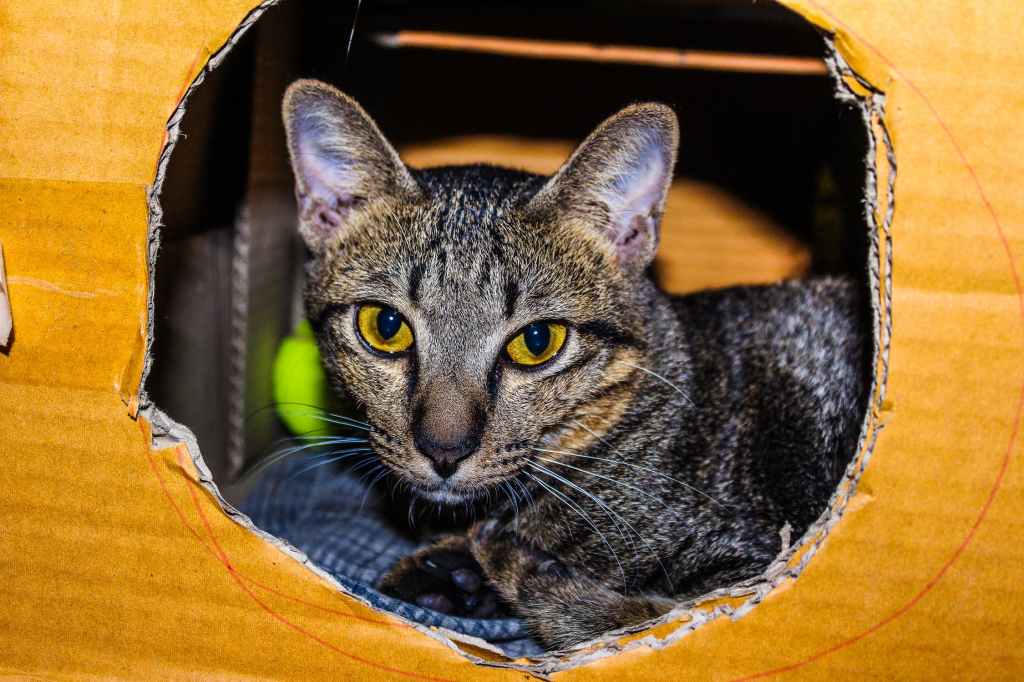 If you are a cat owner, you’ve probably suspected this for a long time, but now we know that it’s official: cardboard boxes help alleviate cats’ stress.

Researchers from the University of Utrecht in the Netherlands conducted the study on shelter cats to see if access to cardboard boxes genuinely helped lower their stress levels in a scientifically measurable way.

The scientists used 19 shelter cats in the study, 10 of which were given access to boxes, while 9 were not.

The study showed that the cats who had access to the boxes showed a faster recovery ability and adapted more quickly to their new environment than those cats that didn’t have access to boxes.

The researchers noticed major differences between the two groups just three or four days into the study.

“Stressful experiences can have a major impact on the cats’ welfare and may cause higher incidences of infectious diseases in the shelters due to raised cortisol levels causing immunodeficiency.

Though several studies showed preference for hiding places and stress-reducing effects of hiding boxes on cats in combined studies, none of these studies determined if proper hiding enrichment would be effective in a quarantine cattery.”

Bottom line: if you have cats, you’ll probably make them feel a lot more comfortable if you toss some old boxes around the house. It makes sense – in the wild, cats are pretty small, and would likely spend quite a lot of their time hiding out of sight.

So help your kitties keep those stress levels down!