Most people know the story of how the Grinch lived above Whoville and hated everything about Christmas but has a change of heart when he sees the real impact of his theft on the innocent, singing children (though the older I get, the more I sympathize with a guy who just wants to be left alone with his dog).

If you’re someone who thought you remembered a super dark prequel to the story, though…you’re not wrong.

It was called Halloween is Grinch Night (or just Grinch Night), and, y’all…it’s almost not fit for kids. 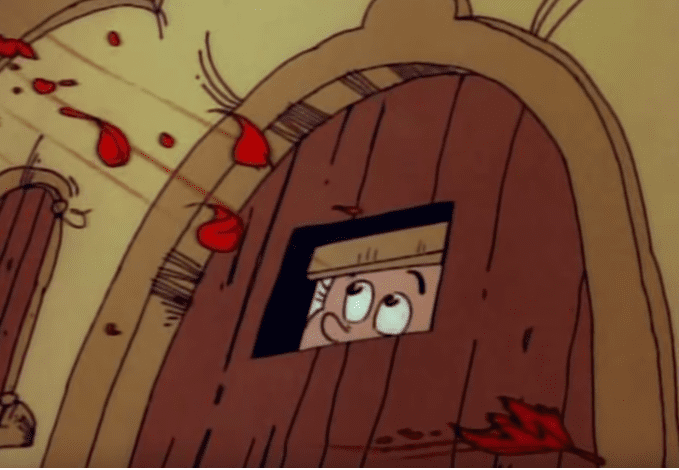 It begins with a “sour-sweet wind” blowing into Whoville, causing the Whos to run inside and lock the doors.

Up on his mountain, the Grinch orders his dog, Max, to “ready the paraphernalia wagon,” which probably has some secondary connotations, but apparently means “nightmares that will terrorize Whoville.”

The dog then sings a horribly depressing song about how he hates his life as he pulls the wagon down the mountain. 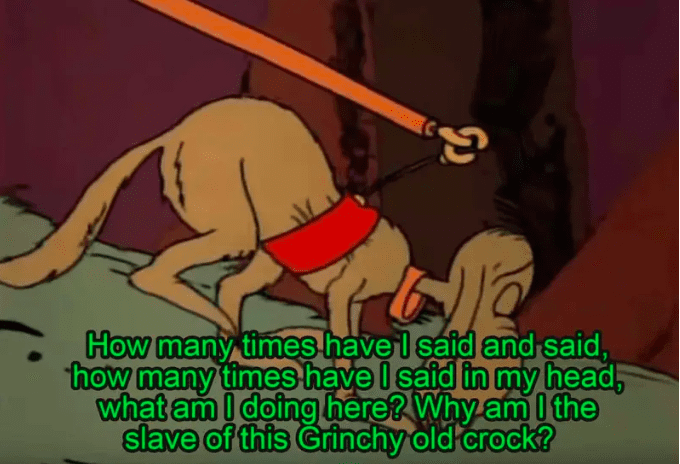 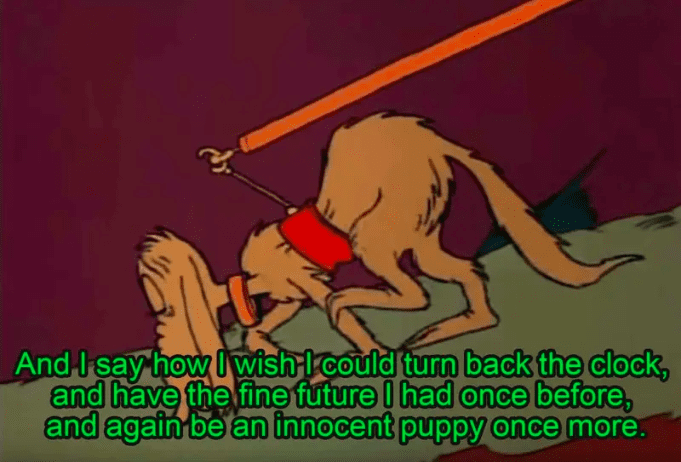 On the way, the Grinch mows down a bunch of flowers – the last of which makes DYING NOISES as it’s crushed – and hunts Whoville’s very last Wuzzy Woozoo. 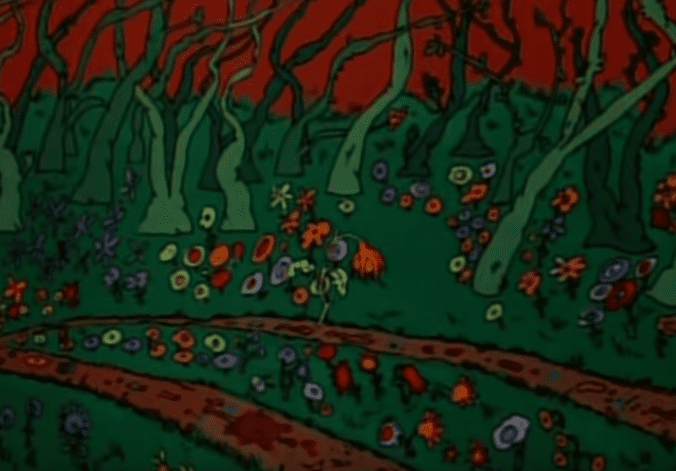 Seriously, Dr. Seuss was not in a good place when he wrote this one.

Down in Whoville, young Eucharaiah leaves the house because he just can’t hold it another minute (but he actually ends up holding it the rest of the film) and gets blown toward and up the mountain, where he encounters the Grinch.

Then the boy is attacked by the Grinch’s eyebrows.

everyone talks about the trippy monster sequence in "Halloween is Grinch Night" but no one ever talks about the part where he attacks a kid with his eyebrows pic.twitter.com/OtmH3fz1aM

In order to save the town from their nightmares, Euchariah challenges the Grinch to scare him, earning the audience a truly horrifying scene + song.

The winds do die down, and Euchariah survives. The Grinch and Max return to the mountaintop top wait until Christmas.

Which is all basically to say that if you thought How The Grinch Stole Christmas is dark and disturbing and somewhat frightening, well…Grinch Night is saying “hold my beer.”

Even so, this trippy little movie that debuted in October of 1977 won an Emmy not long afterward, so maybe you want to venture a viewing?