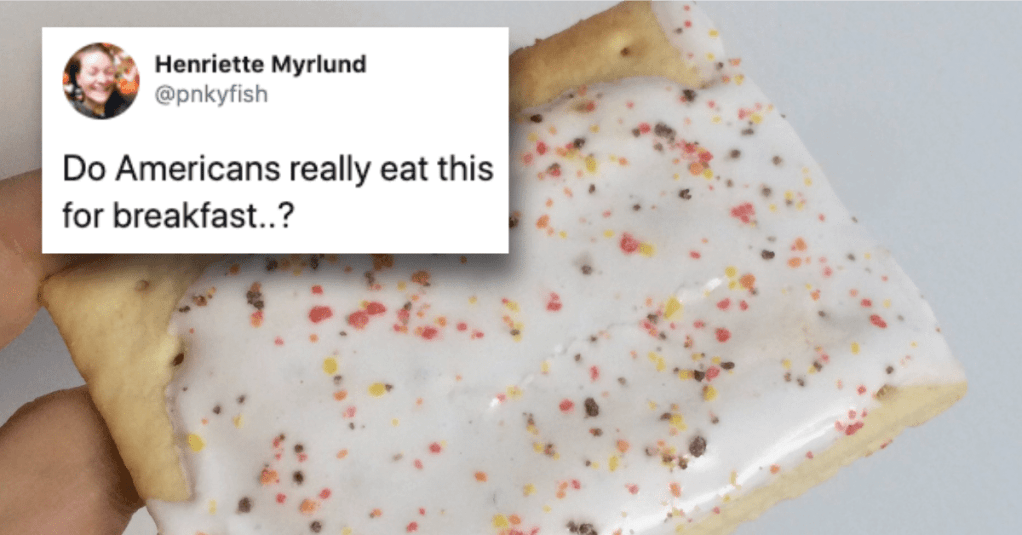 If you live somewhere your whole life, you take the “normal” things you eat all the time for granted.

But that doesn’t mean that people from other parts of the world eat the same stuff as we do. Far from it, in fact.

When you get right down to it, there are a lot of things that we eat here in America that people from other countries think are weird. And gross. And disgusting.

And they took to Twitter to talk about it!

This person clearly hasn’t had a proper American Thanksgiving.

When you’re in a hurry!

Do Americans really eat this for breakfast..? pic.twitter.com/RV95yy16Aa

So you should give it a shot!

Do americans actually eat their apples with peanutbutter and cinnamon?? That‘s such a weird combination? I am confused

Especially after a late night…

5. You better believe it!

Just trust me on this one.

Do Americans really eat meatloaf? Like wtf is that

7. It is perfectly normal.

So do Americans actually eat nachos with that weird cheese sauce (goo)? Is that considered normal?

8. A question for the ages…

But you should really give it a shot.

why do americans eat bacon with pancakes like seriously why?

Do Americans really eat apple sauce just as like, a snack or dessert? o_o

10. You can do them all kinds of ways for breakfast!

The possibilities are endless…

why do americans eat potatoes for breakfast? yall good?

Well, I guess if I went to some other countries, I’d probably feel the same way about some of their everyday foods, too.

Do you have any thoughts on this matter?

In the comments, let us know what you think about these tweets and tell us if you think any foods from other countries is just plain GROSS.