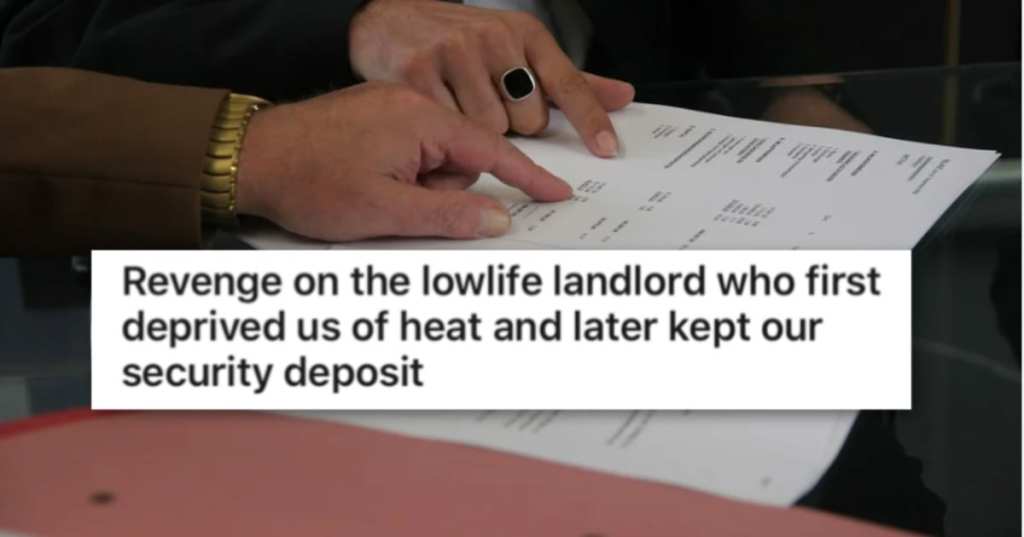 Listen, I know that landlords get a bad rap, and some of them are very nice and even work with their tenants through hard times – but others are the reason for the stereotype, and when they get what’s coming to them, we all like to watch.

Which is why people are loving this story about one person who got back at this landlord who went out of his way to be a jerk.

The bad blood began when the landlord either stopped paying the heating bill, or turned down the heat remotely, in the middle of a chilly winter. Being smart cookies, they consulted an attorney and learned they could withhold their rent and, if it wasn’t fixed, take the landlord to court.

Instead of doing the right thing, the landlord tried to evict them for non-payment but a judge finds in their favor. 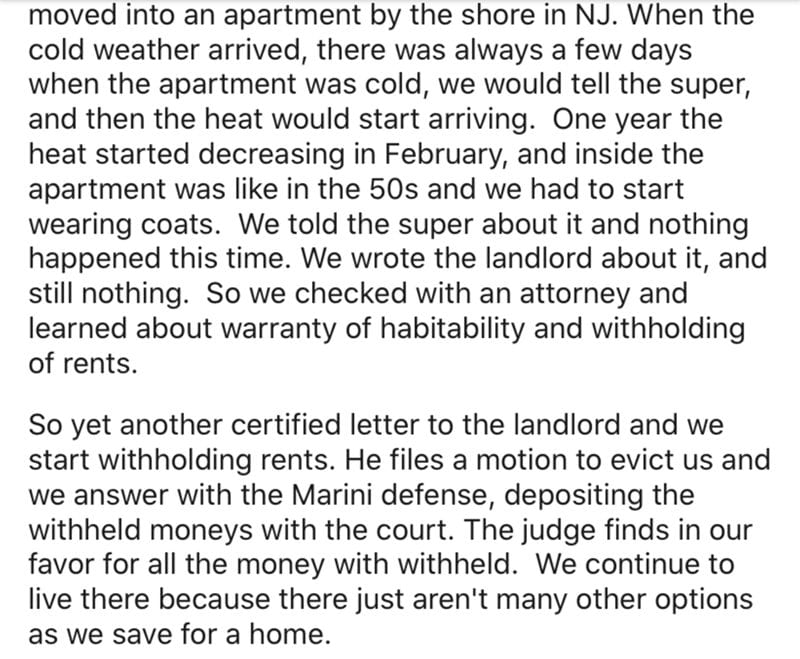 Fast forward to the signing of a new lease, and the tenants wrote in a clause allowing them to break the least with 45-days notice because they were looking for a home of their own. When they’re ready they give the notice, pay their final rent, and moved out – but the landlord refused to give back their security deposit. 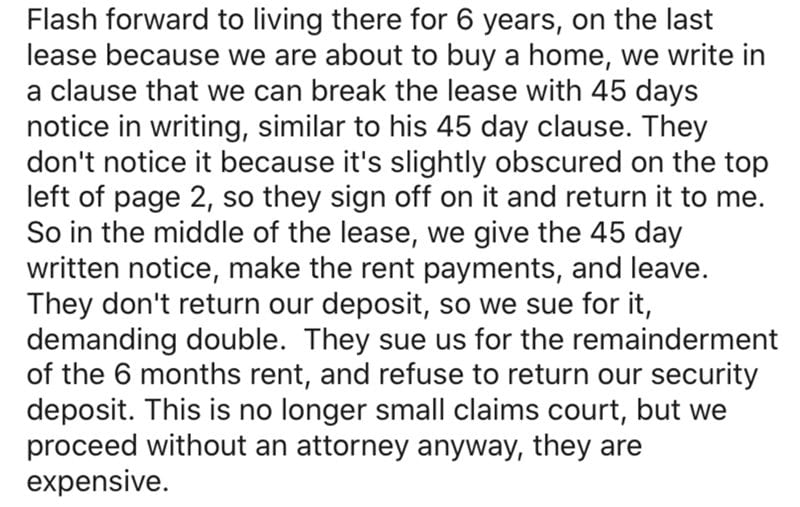 The group is ordered to arbitration before wasting a judges time, but the arbitrator recommends the tenants pay up. That is, until they realized that the landlord was using a forged version of the lease. 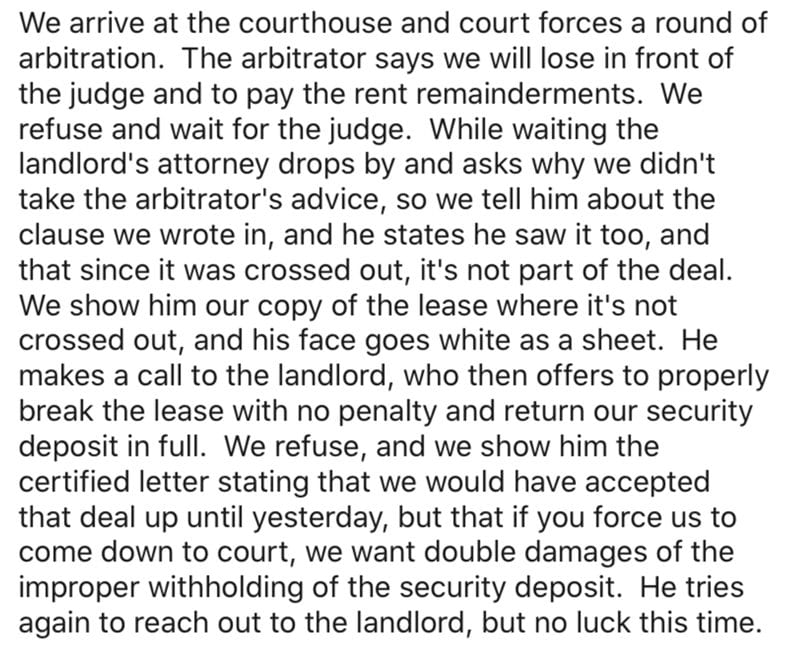 The judge found in their favor, but of course, that’s not quite the end. 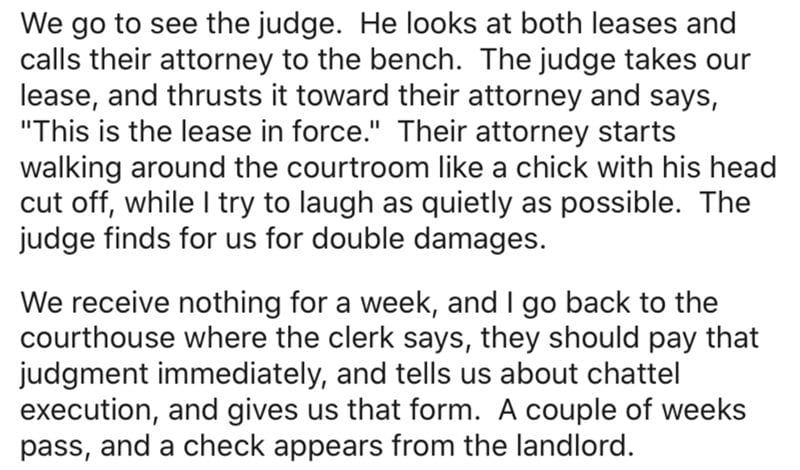 It took awhile but they did get their money – and the landlord got shamed. 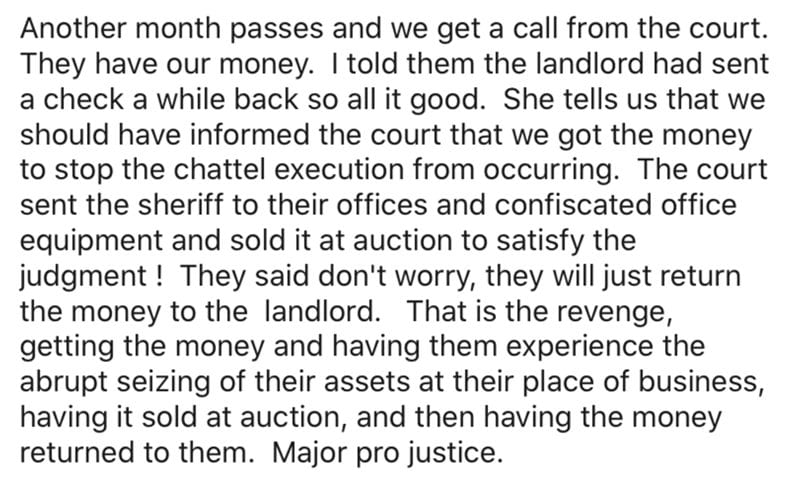 Is that a happy ending or what?

I mean, I know court is expensive and time-consuming, but I guess alls well that ends well!