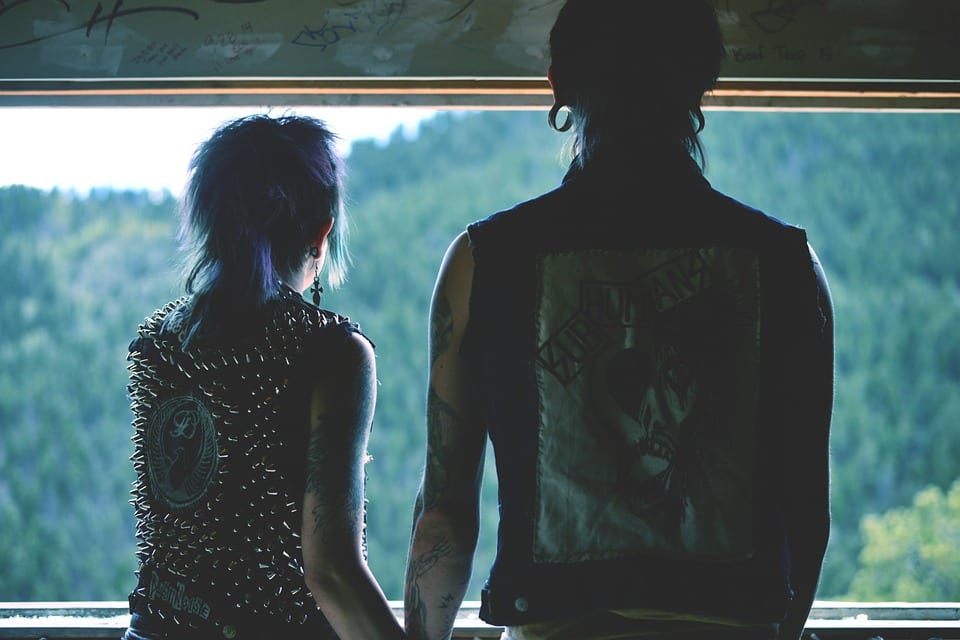 Parents never want to see their kids date anyone who they deem less than spectacular. Makes sense, but the reality is your kids are gonna date all kinds of losers/weirdos/freaks, etc. It’s just the way of the world.

And if you’re feeling bad about your kids’ dating choices, maybe these stories from AskReddit users will make you feel a little better.

“My little sister dated a guy who kept trying to convince her to drop out of a UC school and move into his mom’s garage.

It took way too much effort on my dad and my part to get her to put the kibosh on that relationship, mostly because the guy’s mom thought my sister was good for him and tried to fight us on it.”

“My daughter dated a guy who was a crappy, lying, lazy, abusive, gaslighting a**hole. Besides that, he 1) dropped out of high school at 14; 2) never attempted to get a GED/diploma equivalency; 3) had more than one conviction for public intoxication/underage drinking/drunk driving, which left him 4) “unable” to get a job for approximately 18 months of the about 2 years they were together; 5) got fired from Walmart after only working two weeks, for missing work because his kid supposedly was victim of an abduction attempt (turns out the kid made it up); 6) smoked weed in her apartment bathroom, knowing that if my daughter failed a drug screen her career would be ruined; 7) had his two kids every other weekend, but spent the entire time with headphones on, gaming, meaning my daughter had to watch his kids or they’d destroy her apartment;

8) would only eat corn or potatoes, hamburgers or chicken fingers, or pizza, but fast food was A-ok; 9) never picked up after himself, so every horizontal surface was covered in half-drunk pop cans, fast food wrappers, cups and bags, dirty plates, moldy food (daughter is an RN and worked 12-hour shifts, which is sort of an excuse); 10) punched a hole in her apartment wall; 11) held a gun to his own head, then laughed at her for taking him seriously; 12) constantly accused her of cheating, so she had to unfriend all males on her Facebook, including her father; 13) threatened to leave when her anxiety and depression had her sleeping anytime she wasn’t at work; and 14) when she finally took him up on his bluff it was during a terrifying food-throwing, soda-hurling, furniture-smashing temper tantrum that had her grab her cats from under the bed and come to my house 50 miles away.

I could go on, but remembering all that is turning my stomach. In cleaning her apartment afterward, we had to wash the walls from where he had done a Hollywood-style sweep of the coffee table top, spraying Dr. Pepper all over the carpet, TV and stand, wall, and canvas art, all the way to the ceiling. Then for good measure he smashed the coffee table.

He was a complete tool and with the help of a therapist she is finally getting back to the funny, intelligent, confident girl she was before he messed her head up. I am thrilled I don’t have to dread that phone call…you know the one, where she was calling to say he’d beaten her (there would have been a long line of people wanting to pull his ballstrings up through his throat, believe me), or worse, one from a coroner.”

“My sister dated them all! My favorite was a guy who convinced her to have joint bank accounts and stole 6 months worth of pay from her. We didn’t know until after the relationship. The dude was a major con man salesman type that had like 4 different get rich quick schemes while they dated.”

“My sister is currently married to a controlling a**hole. He leaves jobs and accepts others out of state without consulting her, forcing her to leave medical practices on short notice. She is now working for the Feds and he has just done it again. She has been trying to get a transfer but he’s telling her to quit now. Her career is in shambles because of her poor job history of leaving places on short notice. Plus she’s gained about 200lbs and this guys legs are purple and about to fall off because he doesn’t believe in diets. She wants kids and he has one already and is refusing to have another (Thank goodness) but she is depressed and unhappy. She refuses to leave him, citing her age as an excuse.

He has insulted my family in front of me and has tried to bully my husband and I. When that didn’t work, after I yelled at him, he told her she wasn’t allowed to talk to us anymore. He has cussed out my mother over the phone, and ridiculed every last one of my family members. I don’t currently speak to her, because I cannot stand to hear all of the shitty things he does. My mother has very little contact with her as well, I’m not 100% on the exact reason but I suspect its not far from mine. I have told her she is welcomed to stay with my husband and I if she ever wants to leave him. No matter what time day or night I will book the plane ticket and replace anything that she cannot bring with her.”

“My sister dated a guy, lets call him Tom, who worked under my dad at the business he owns and runs. Now I’m not saying Tom was a loser because worked for our family, my sister and I both work in similar positions and thats how they met. But there were a number of instances that just shouted “Hey whats up I’m Tom and I’m a loser.” For example, Tom seemed to never have any money, usually blaming things like his rent being to high or his car needing to be worked on.

Due to this my sister ended up having to pay for the majority of the dates and dinners that they went on. In reality, he had spent most of his money on unnecessary toys like Dirt bikes, guns, and modifications for his 1999 Honda civic. His spending habits got so bad that his landlord threatened him with eviction, this tore my sister up, not because he was getting evicted but because she knew that he was making enough money to never be in that type of situation.

Anyway, Tom got the bright idea to ask her and my father for the rent money ($650) while they were out to dinner. My dad ended up helping him out so he wouldn’t go homeless, but what he didn’t know was that Tom had asked him for more money than what his rent was so he could go out and spend it on other things other than my sister. So yeah he was a loser and I didn’t like him much.”

“My really quite intelligent daughter once dated a lad who didn’t know the difference between the sun and the moon. Not joking. Ages – My daughter was 18 and the lad was 20

He thought the moon glowed because it was the same as the sun, ie a ball of nuclear fire. Although I imagine he knew it wasn’t as hot. He had no idea at all that the moon was reflecting light.

He came from a family of people who saw very little point in education. His mother had never worked, none of his family worked, he didn’t work.

He was actually a nice lad, but difficult to converse with due to his very low level of education.”

“My sister dated a guy who lied about being a Navy Seal. Apparently there is like a whole community of people who do that, just go around unemployed living on ??? telling their SOs when they disappear for weeks at a time that they were “deployed.” It never made any sense to us, and she broke up with him for other reasons and gets really pissed off if anyone mentions the relationship happened.

He was a creepy dude who took advantage of her trusting nature and that she was at a low point in her life, and I regret not doing more to call him out on his obvious bull. He’s still in the area doing God knows what, probably trotting out the same crap to new women. I hope one day he gets his ass beat by a real Navy Seal!”

“My sister dated this d**khead that would make her cry about once every 2 months. He posted something to Facebook that had a picture of a notebook and something like “If you come home and expect your husband to work around the house, your going to have a bad marriage.” Inside the book. She broke up with him just a month ago.”

“Not my kid, but my brother. He dated this crazy possessive chick who once buried one of his shirts because another girl complemented him on it in front of her. She also totaled his car after lying and saying she had gotten her licence back. She gave $400 to a fake iPhone scammer website Western Union because, “they are a legit company, I saw pictures of their warehouse and everything.”

I googled warehouse, the picture on their site was the first one that came up. She even paid $100 more to “expedite through customs” when the delivery didn’t arrive when expected. And the pièce de résistance she killed his dog, she left Excedrin PM on the coffee table and he chewed up the bottle. By some miracle no pills got out and crisis averted, it was explained to her that the pills would be fatal to the dog. She bought another bottle and left it on the coffee table again this time dog ate half the bottle and his kidneys failed, sucks because he was the sweetest/ smartest dog I’ve ever known.

TLDR: Bro dated a girl that killed his car and dog”

“My sister is married to a guy who has two swastikas tattooed on his back… nuff said.

Edit: He got them while in prison when he joined the aryan brotherhood. He definitely isn’t Buddhist.”