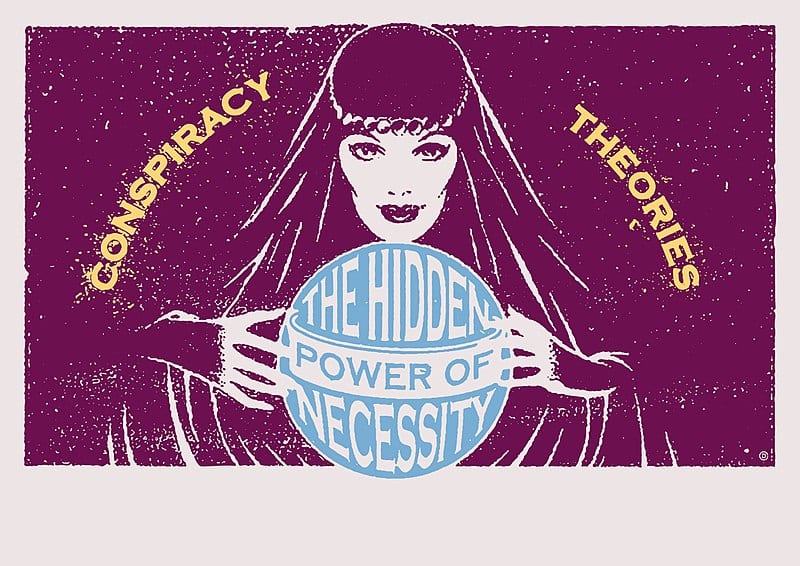 People Explain Which 15 Conspiracy Theories Might Actually be True

Are you the type person who believes in conspiracy theories or thinks that it’s all a bunch of hogwash?

Or maybe you’re on the fence, hmmmm?

Whatever your thoughts are on the subject, you’ll enjoy these takes on conspiracy theories that just might be true, according to AskReddit users.

1. Watch what you say

“That your phones microphone is constantly “hot” and its listening for key words to target advertising.

Most glaring instance where this happened to me was when I walked into a colleagues office. He had just gotten a standing desk, but one that goes on top of his existing desk rather than a standalone (pun?) Model. That’s important to note.

I said “Nice standing desk, when did you get that?”. “Thanks, just today.” He replied.

That was literally all that was said about the desk. We talked about work related stuff and as I walked out and checked my phone, there was an ad on Facebook for that EXACT model of standing desk.

I have never owned one, wanted one, or googled one before. Yet there it was on my feed. Tin foil hat be damned, they listen in.”

Facebook purposely attempts to ruin peoples’ relationships because the drama gets more views and more views sell more ads. Several years ago they introduced a feature so that your comments on other pages would show up in your friends’ feeds. So if you’re secretly an atheist and you comment on some atheist page, it shows up in your devout Southern Baptist Grandma Muriel’s timeline, even though it’s a conversation that has nothing to do with her and there’s no reason for it to be. As a result, Facebook “outs” you to your family, and Grandma is typing away at all the evil Satanists trying to corrupt her grandson.

And if you comment on a public post, it’s unavoidable. You used to be able to control who could see your comments even on public posts by other pages, but at the same time Facebook introduced their “tattletale” feature, they took that ability away. Now if they were to stumble across the same page they’d be able to see your comment, but after that change, Facebook started pointing everybody you know directly to it. Not to mention, the privacy settings are difficult to find, difficult to understand, and with each passing year gives you less and less control over who sees what.

They’re essentially an internet tabloid except instead of showcasing the personal drama of celebrities for clicks and sales, they’re doing it to you instead. Ever notice how the vast majority of family drama, relationship fights, etc. these days happens on Facebook? That’s by design. Facebook is literally destroying the social fabric to make a buck. Consuming relationship stability like it’s an oil refinery consuming crude.”

“Memes about the NSA and other spy programs are encouraged by the very agencies spying on us, to twist the idea into the absurd and to humanize their agents.”

“Youtube in a mobile browser is so shitty so they can force you to use the app and not use an adblocker.”

5. Look at the facts

“Some organization/group of people wanted all the Kennedys dead for some reason.”

“Long John Silvers is some kind of money laundering scheme on the basis that they have been open for as long as i can remember but i have also literally never seen a busy long johns.

“Miley Cyrus’s crazy streak was all a carefully planned marketing scheme to get her solidified as an A-list celebrity.”

“The president of The Philippines, Duterte, is very anti-drugs to hide his own involvements with drug cartels off which he makes billions.”

Basically, if you look at the counter-culture revolutionaries in the music industry in the 60’s, most of them were the children of military intelligence people. So the theory is that the “free love, lots of drugs” movement they inspired was done intentionally to distract the youth from a full scale revolution. The thought was if the angry youth of the mid-to-late 60’s were too high and getting laid all the time they would stop caring as much about societal ills and then basically sleepwalk through the 70’s, which they did.

I stumbled upon this when I was reading up on Jim Morrison and how his father was the one who called in the fake strike at the Gulf of Tonkin that kicked off the Vietnam War, and which was shown later to have been a false flag. Turns out, a lot of his contemporaries were also children of highly placed military people with ties to intelligence. Strange that they all wound up in Laurel Canyon as part of the same movement.”

“The NFL politicized players taking a knee to draw attention away from reports about the extent of damage caused by CTE.”

“The “Ballistic Missile Threat” that was sent to Hawaiian’s cell phones saying, “seek shelter this is not a drill,” that was later deemed a mistake, was a real missile that was intercepted before impact.”

“Cops go on Waze and leave random police sightings to cause people to slow without actually having to stay and check on people.”

“Robert Kardashian destroyed evidence that would have convicted OJ. He was handed a Louis Vuitton garment bag by OJ’s assistant right as OJ returned from Chicago. None of the cops paid any attention to him as he walked away with the bag. When the “bag theory” was discovered a month later Kardashian claimed to have lost it.”

“The recommended food pyramid is created by the FDA, but the FDA is funded by a lot of certain food industries, poultry, dairy, etc. they in turn made the recommended nutrition based off of their funding by these companies, and not based on a well balanced diet.”

“The Oil and Coal industries invested heavily in killing off nuclear power as an attractive alternative. These days we have reactor designs many times safer than other methods of generating power, and the waste issue is something that could be fixed with sufficient investment.”