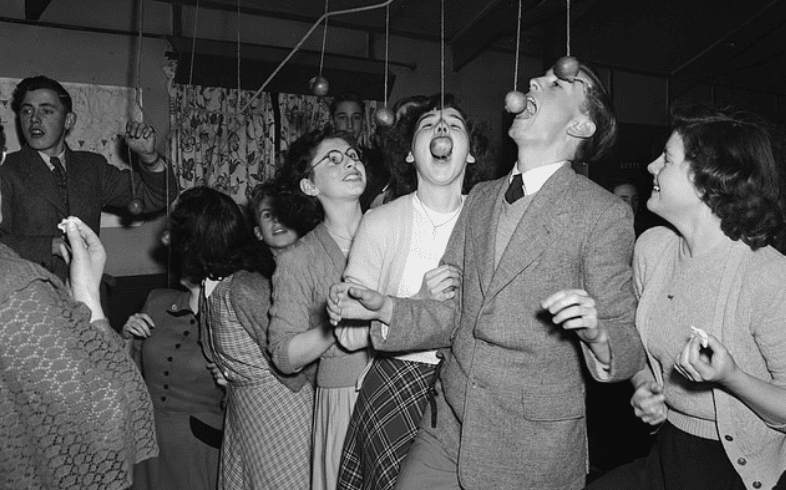 Holiday work parties is where people really let it all hang out. That quiet guy who works in the corner? He might get drunk and make a complete fool out of himself.

The shy girl in Human Resources? Total freak on the dance floor.

And sometimes these parties take an ugly turn as well and turn into a sh*tshow. AskReddit users shared their stories about holiday work parties gone wrong. Buckle up.

“It was hosted at a really nice restaurant and there was an open bar. We all arrived, had a drink, started chatting and joking around.

Then the CEO arrived and promptly called us all to attention. We assumed he would just be congratulating us on a great year and wishing us a happy holidays, but instead he announced that we would not be receiving bonuses that year and that there would be layoffs in the near future. People were PISSED.

There was basically a mad dash to the open bar and we all said “No bonuses? F*ck it, I’m drinking my bonus this year then.”

The next several hours were an absolute sh!t show. More rounds of shots of top-shelf liquor than I can remember. The receptionist vomited onto her plate of filet mignon. Two coworkers had sex in the bathroom. The CEO’s wife ended up passed out drunk in a chair next to the coat rack and had to be carried out.

Also literally half the company called in sick the next day, and those of us who actually came in just spent the day taking turns puking in the bathroom.”

“We went to the races for a Christmas party, one of the girls got really high on something, pissed herself on the members balcony then pulled her drenched underwear down and threw it off the balcony into the crowd. She never came back to work after that lol.”

“HR had booked us into the function room of a hotel (one of these big, out of town places that do wedding receptions). Everyone had to pay £50 per head to attend, £75 for plus ones.

When we arrived, the room we’d booked already had another party in it. They’d double-booked the room and just assumed that one company wasn’t going to turn up. So there’s 300 people trying to share a space meant for 200 at the most. Not enough chairs or tables and no room to move.

When food came, we had to take turns eating our courses while people stood around us, waiting. The venue had lost our meal choices so it was basically “eat what we give you”. The food itself had clearly been microwaved from frozen – scalding hot on the outside, still frozen in the centre.

After it became clear that this was going to be the standard for the night, the UM ordered pizzas for just our party, to be delivered to the function room. Most of those who had already eaten the food provided ended up with food poisoning.

Afterwards, we all demanded a full refund. The company got its deposit back but employees got nothing. The following year, HR booked the same venue as they’d given us a huge discount and promised that it would be better this time.

“My employer decided that, on that particular Christmas and for the first time, staff could bring along their wives/husbands/SOs.

One of my close colleagues, slightly over-refreshed, nudged the woman he was standing next to, nodded at a male and a female colleague, both out on the dance floor, and said: “He’s been shagging her all year.”

The woman he was talking to was the guy’s wife.

There was “a scene” in which my colleague had his lights punched out.

“Company party for about 150 people. Decide to have a “talent show” after dinner.

Initially nobody signs up. They dangle like a $100 prize.

Next thing you know Karen is showing pictures of her trip to Jamaica where she climbed up a waterfall. And the janitor is singing Copacabana karaoke style… with out music. Everyone left, the talent show was never repeated.”

“The company had a drawing for prizes. No one on swing or graveyard won a prize. A group of graveyard employees grabbed the can they were drawing names from and went through it. Only day shift workers names were in the can. When they protested, the company canned them for insubordination.”

“Probably the time I was in my early 20s grinding up on an older lady on the dance floor to L.L. Cool J.’s “Doin’ it” song. I’d say at least 50 coworkers were cheering it on. Next day, I learned that was the wife of one of the Chairmen of the Board. Thankfully, he took it in stride, and was like “She really appreciated you giving her the time of day, you should’ve taken her upstairs afterward”. I’ll admit that conversation was awkward to me, but I later learned they were swingers, so it was all good.”

“We had our Holiday party on a barge whose top floor was rented out to a different company. There was only one male and female toilet per floor and one of the female party goers from that party had had way to much to drink before the meal was even served. Between dinner and dessert she stumbled down the flight of stairs pee running down her leg and falls into the men’s toilet.

Does her thing and falls up the stairs back up to her party. Next thing you know we hear her screaming fine then, I’ll just go, and she jumps overboard into waters we all know are shark infested. Her date, knowing there is no way she can survive given how drunk she is (not even considering the sharks), empties his pockets and jumps in after her.

They had to stop the barge, call the police and end the trip for the rest of us. No idea what happened to the jumpers and I didn’t get any dessert, but at least I have a good story to tell!”

9. All kinds of shenanigans

“They hired out a members club so I thought it would be at least a decent standard facility. The bar was staffed by one rather grumpy older lady, someone brought a punch bowl and someone else spiked it and my friend went outside and vomited blood all over the place.

Six guys wouldn’t leave me alone the entire evening because they wanted to know how I had “kept that on a tight leash” because they found my wife attractive. There was a karaoke that only one person did and they wouldn’t stop doing it. Two people not married to each other got caught in the toilets together.

Oh and someone got drunk and tried to fight the boss, for the third year in a row. Different boss each year.”

“I was the shit show at one of my parties. They rented a live karaoke band for the event and I looked through their set list to see what they had. I noticed The Misfits “Last Caress” on there, which was a song I loved and was so different than everything else. For those of you that don’t know the song it starts out with:

“I got something to say

I killed your baby today

And it doesn’t matter much to me

As long as it’s dead”

I thought, “Man, I kind of want to do that, but I really shouldn’t.” Then after many, many drinks later I was drunk enough to not care. I get up on stage and request the song. The band starts going and I get super into it just belting the lyrics into the microphone.My lip started bleeding and a coworker of mine came and got me off the stage and called me a cab.

The next day I still showed up on time, which surprised everyone and because of that I won an award for being the drunkest at the party and still showing up the next day.”

“I work in the public sector, we have to pay for goddamned everything ourselves. Christmas party, tissues. I’m 7 years in and only just now am not sharing a desk with someone.”

“My office makes us do that. It’s never more than $25 though. Like we’ve got the holiday bowling party coming up for our division, and that’s $15. And then the directorate holiday party for $20. And nobody really blames you if you don’t go, but there’s tons of good prizes, so if you stick it out, you’ve got a good chance of getting some good stuff.”

“Secondhand story: Big boss kept asking much lower level subordinates to sit on his lap while his wife sat nearby and scowled at him. He “retired” soon after. This was 20 years ago – hopefully this wouldn’t fly today.”

“Apparently one of the temps at my old work got completely wasted at the work Christmas party, then showed up the next morning at 8am (right on time), downed half a bottle of champagne in a single hit, said to nobody in particular “f— you all. I never liked working here anyway.” and left.

Nobody ever heard from her again and her contract still had three weeks left. HR made a tactical decision to leave it for a few days until they could declare she had “abandoned” her job and then got another temp in, who never heard how her predecessor left.”

“Summer party back when I was at Staples. There was this new guy, he was on his first day at the job and we had the Summer Party at our boss’ house. It was the typical barbecue pool party and we were like 10-12 employees so it was pretty cool.

THis new guy just finished his first day at the job and understands that there is a party after his shift so he follows with someone else straight after his shift.

Everyone has a good time, but this dude was like a frat boy. He drank so much he ended up throwing everywhere in the pool and fell face first into the plastic tabl outside and broke it in half “WWE-style”.

The thing is, he had never actually met the manager before since he got hired by the assistant manager during vacation times. The poor guy woke up the next day, still half-drunk, on the manager’s couch.

THis guy kept his job because our boss was pretty chill. He eventually left Staples after working there 2 years. Best coworker I had while working there. But we always teased him about that night.”