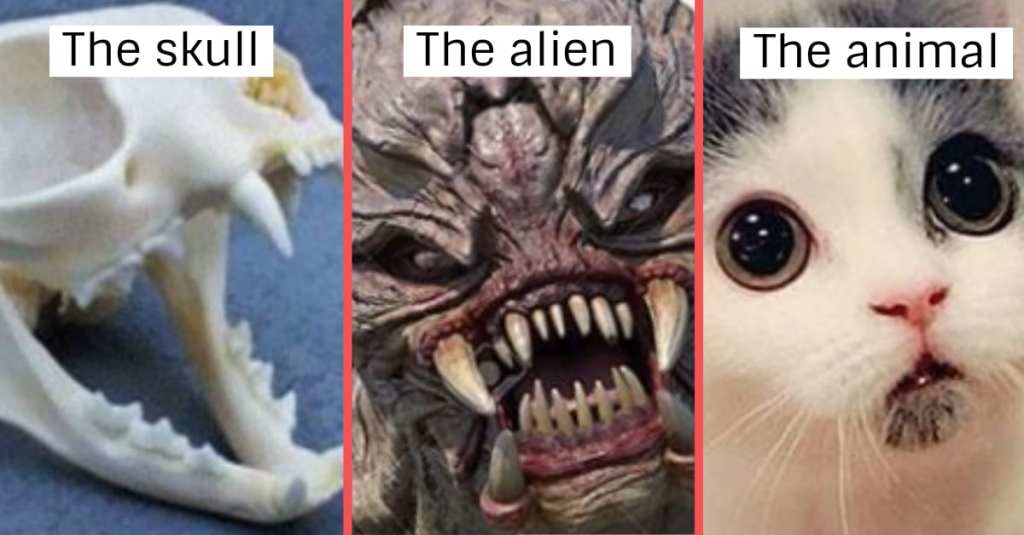 Have you ever wondered what alien life forms might think of the planet Earth if they stumbled across her and found only remnants of life on her surface? Apparently quite a few people have.

In this latest meme trend, we imagine what aliens might picture if they had to reconstruct these 14 animals based only on their skulls. Of course the actual animal is often MUCH cuter than what we think aliens would imagine, which is half the fun!

1. Would you be able to picture this one just based on the skull?

I don’t think I would! 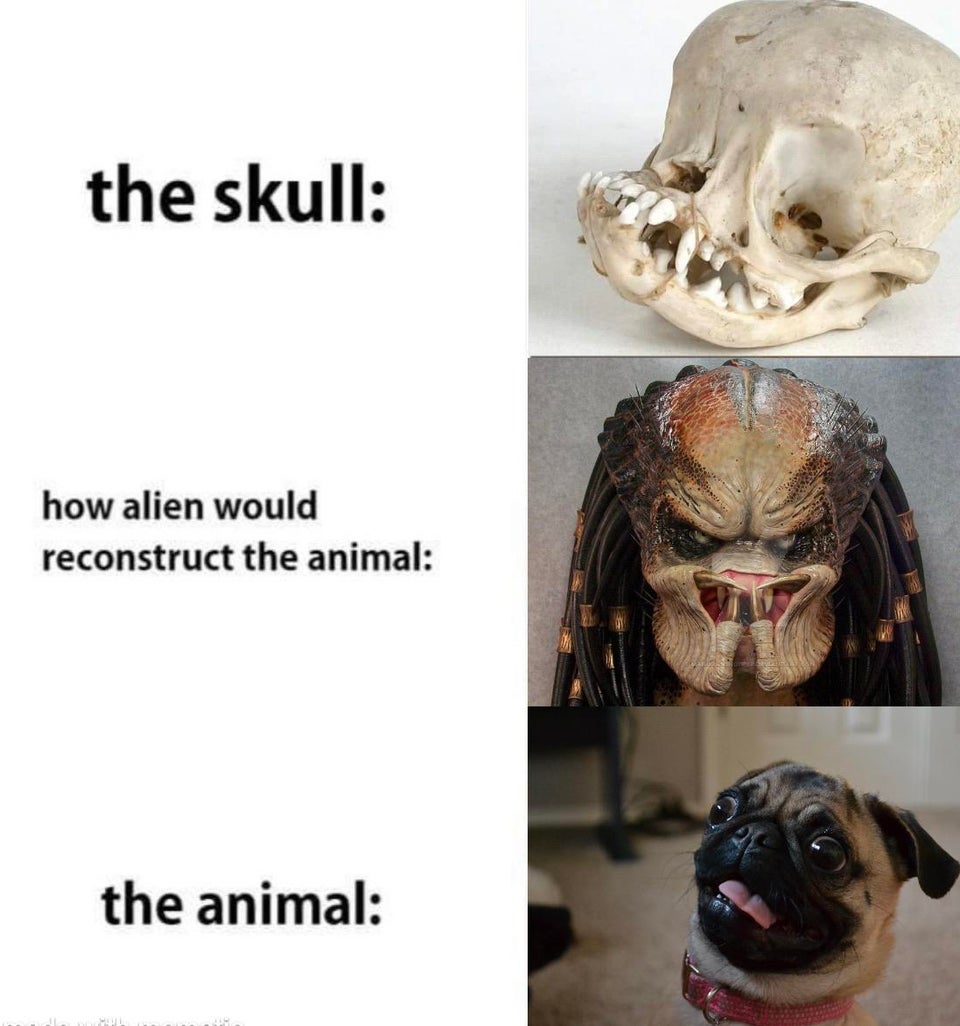 2. This skull is going to haunt my dreams

But the actual animals is so darn derpy! 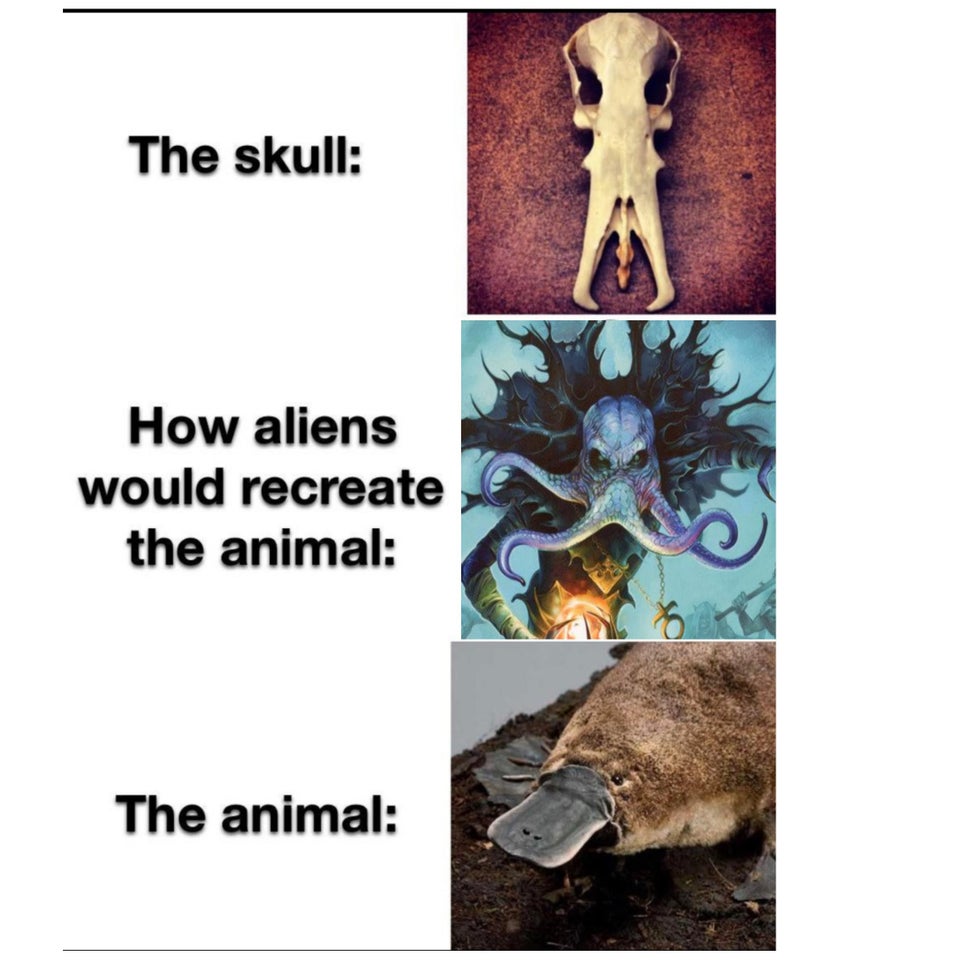 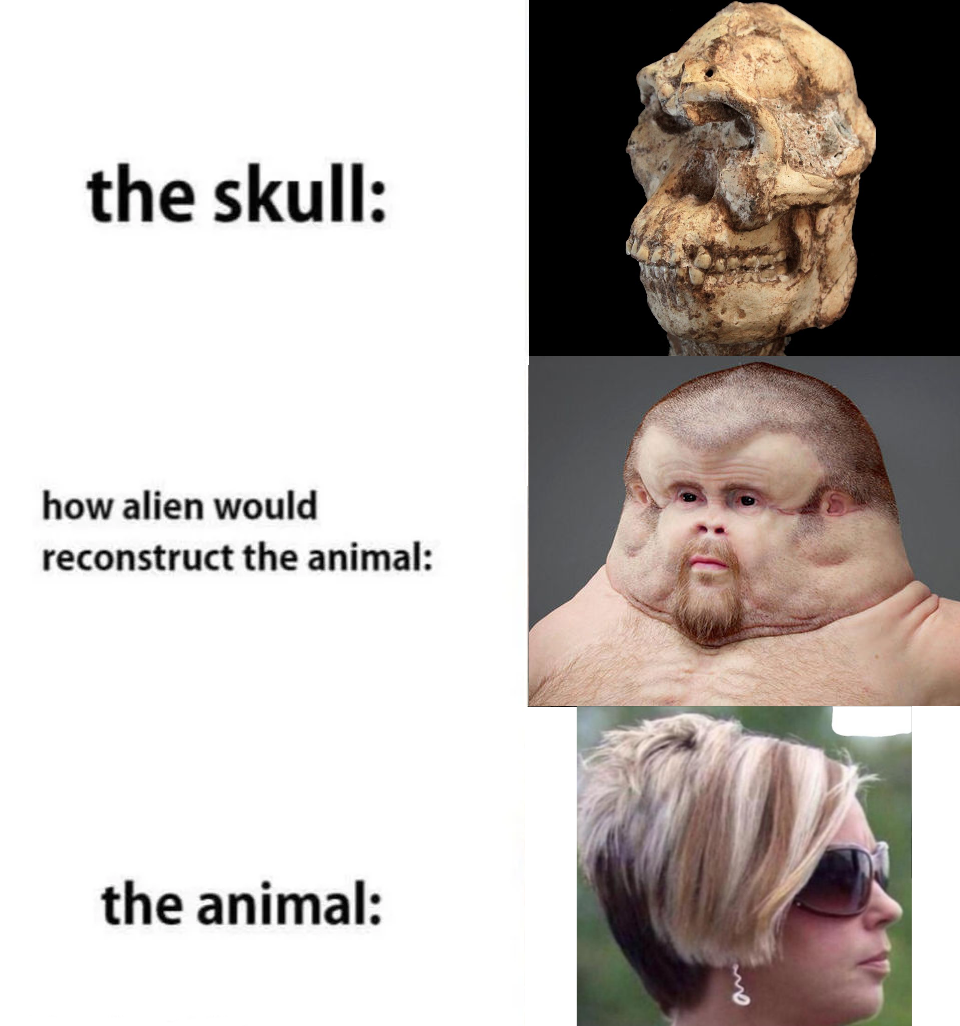 It’s hard to tell what this one is without the tusks! 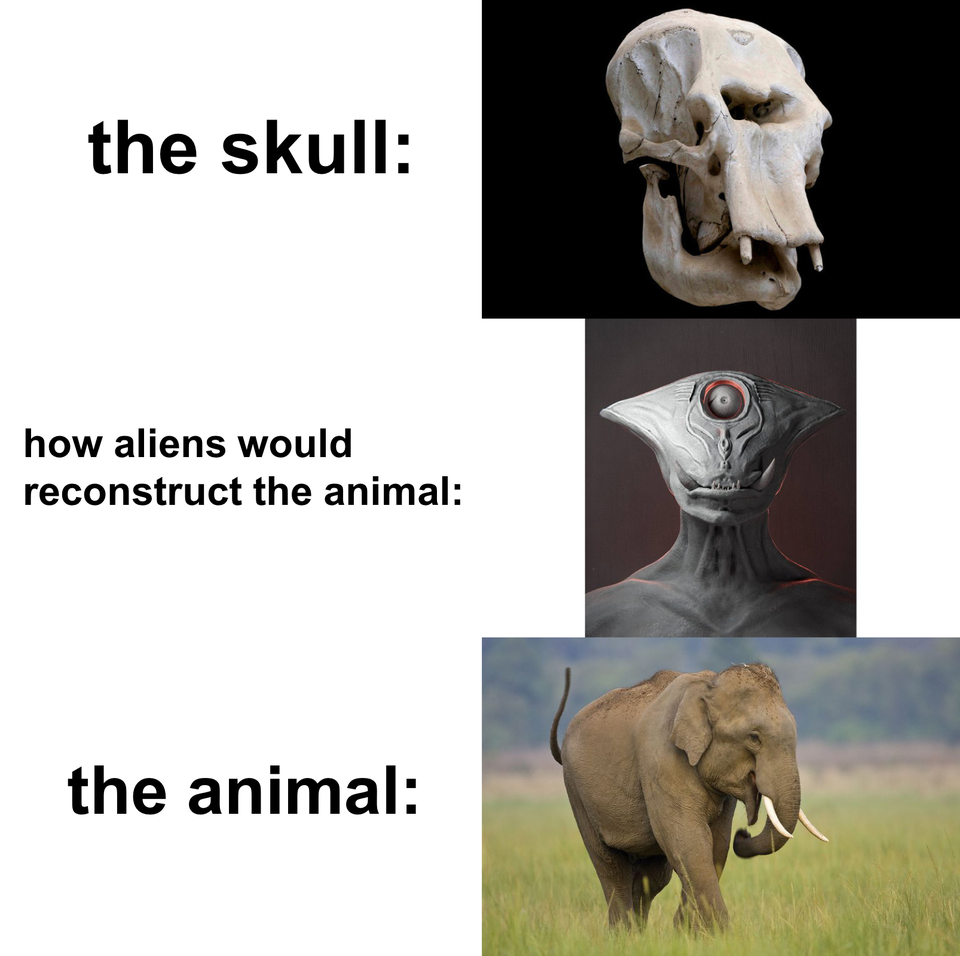 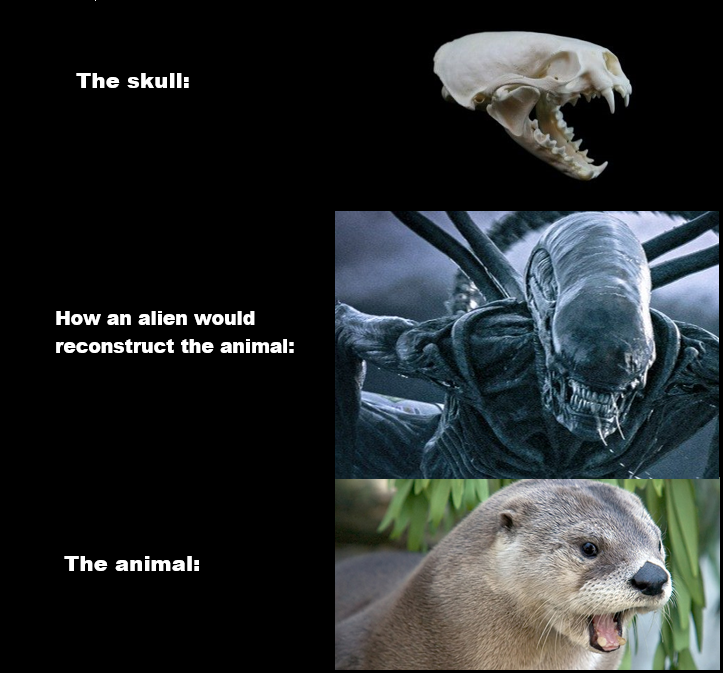 I’ll keep my distance from both, thanks! 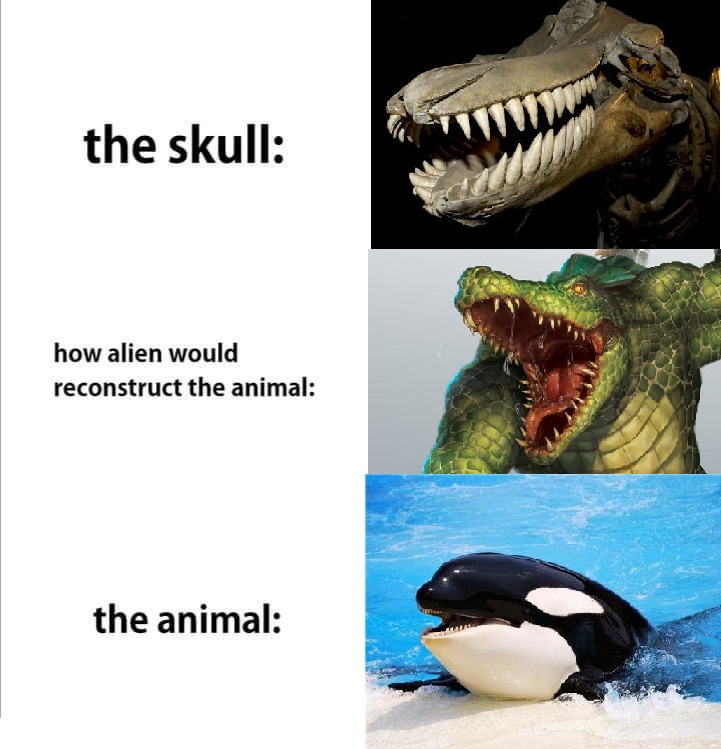 7. The most terrifying creature to ever walk the Earth: 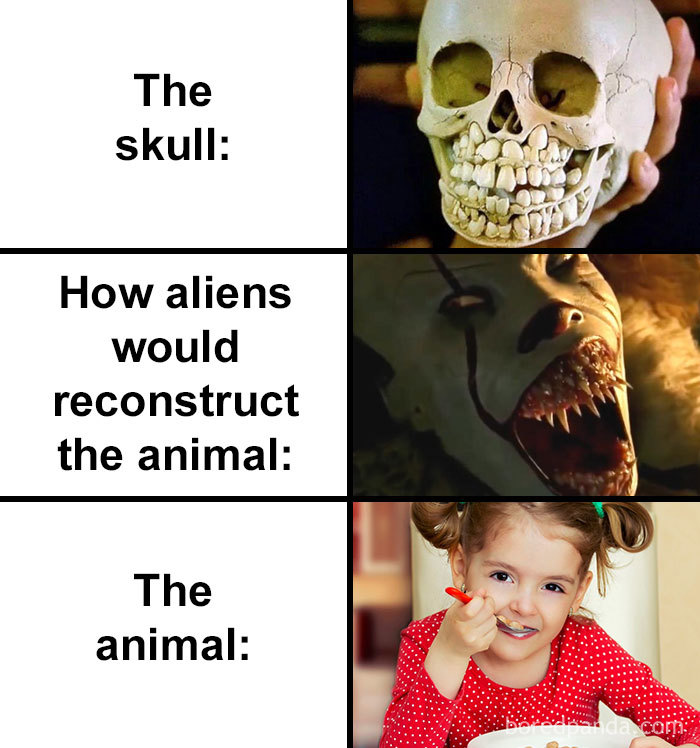 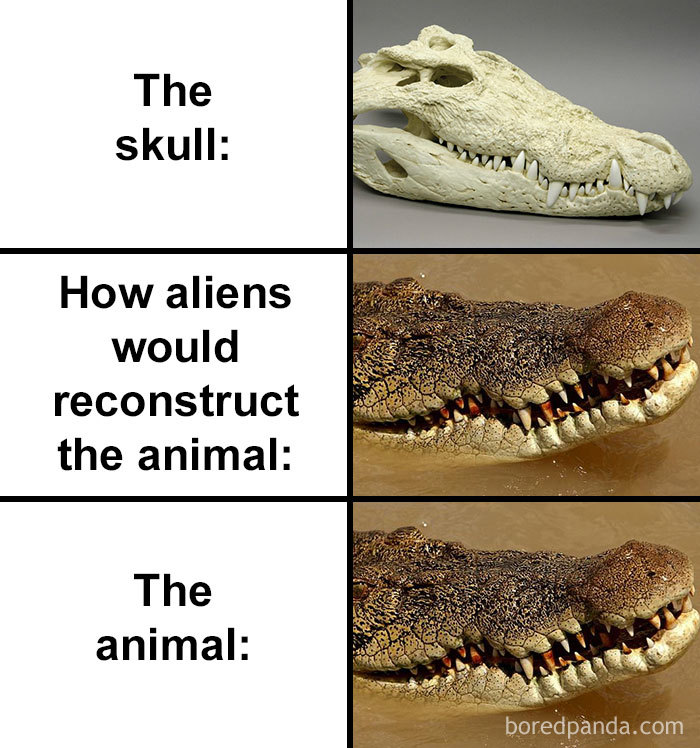 I prefer this one alive, thanks. 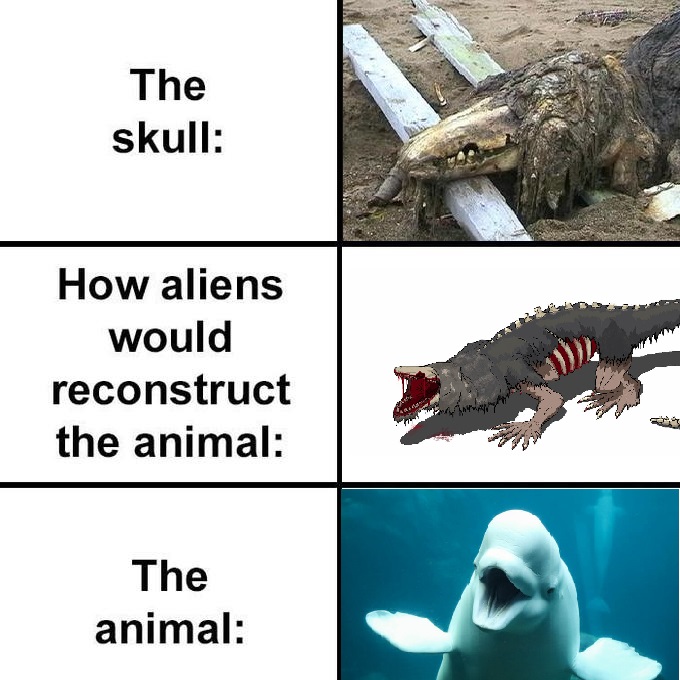 I was NOT expecting that! 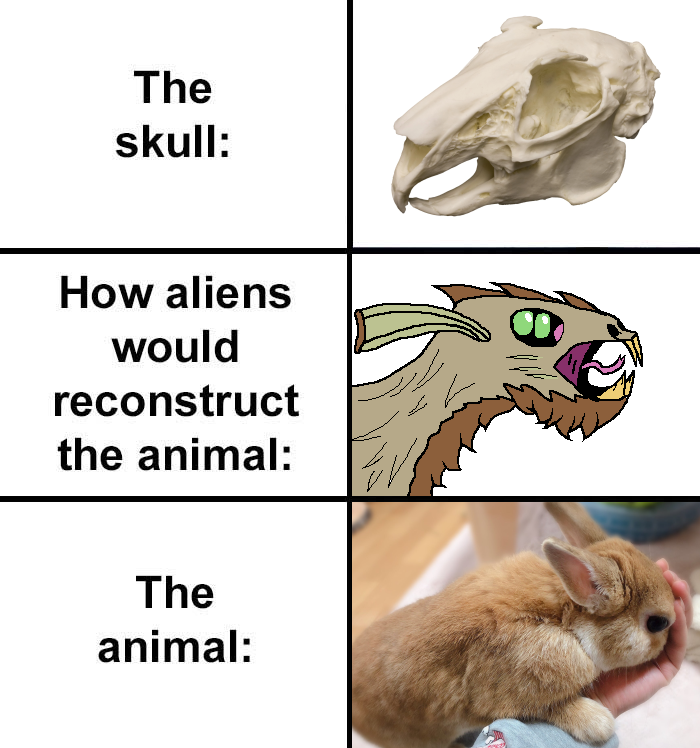 11. These tiny terrors were very popular

Other animals worshipped them as adorable killing machines. 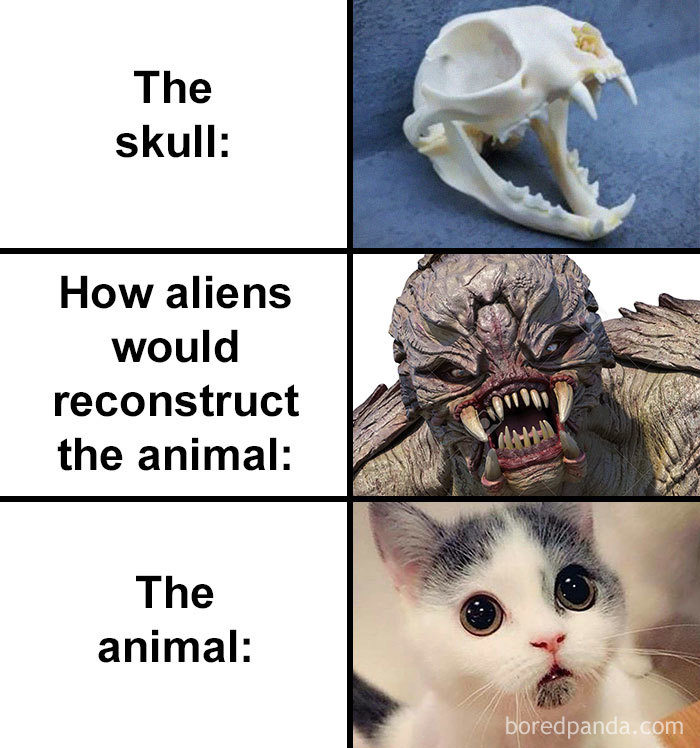 I thought this one was going to be a lot scarier. 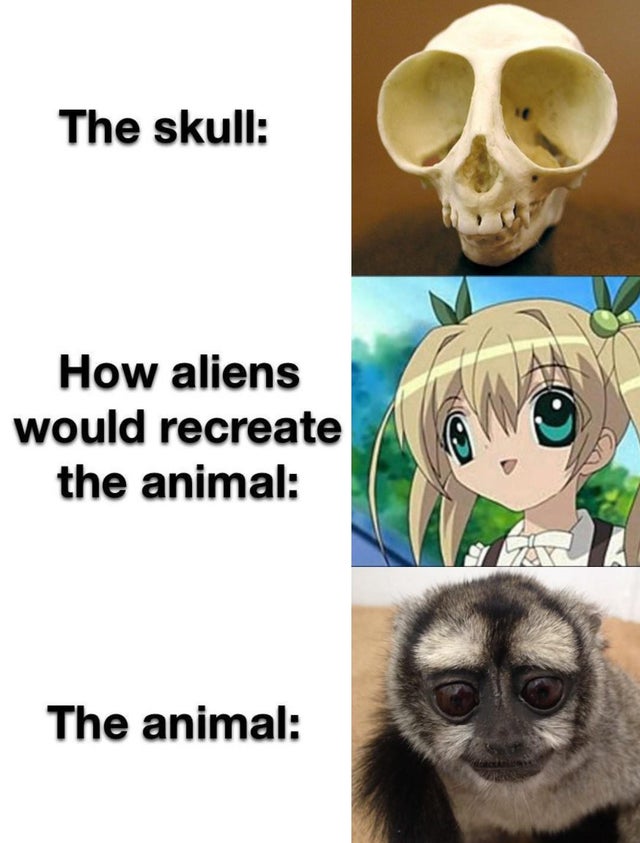 Real talk: hippos aren’t to be messed with. 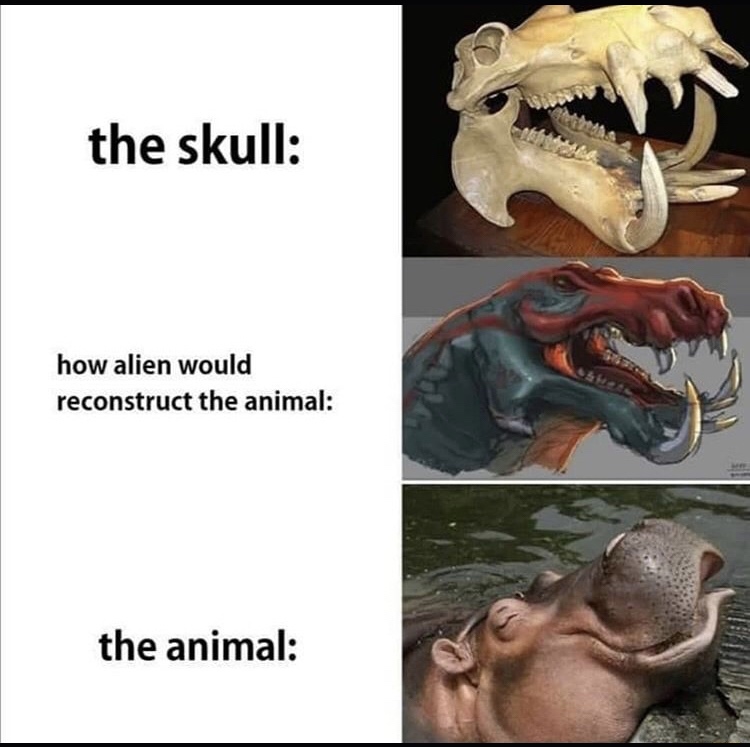 I’ll be honest, I LIVE on the planet Earth and I still couldn’t tell what half these skulls were at a glance.

Let’s cut the aliens of the future a break. Reimagining what a creature looked like just based on its skull isn’t an easy job. Unless that creature is a crocodile, apparently.

Which skull surprised you the most when you saw what animal it belonged to? Let us know in the comments!