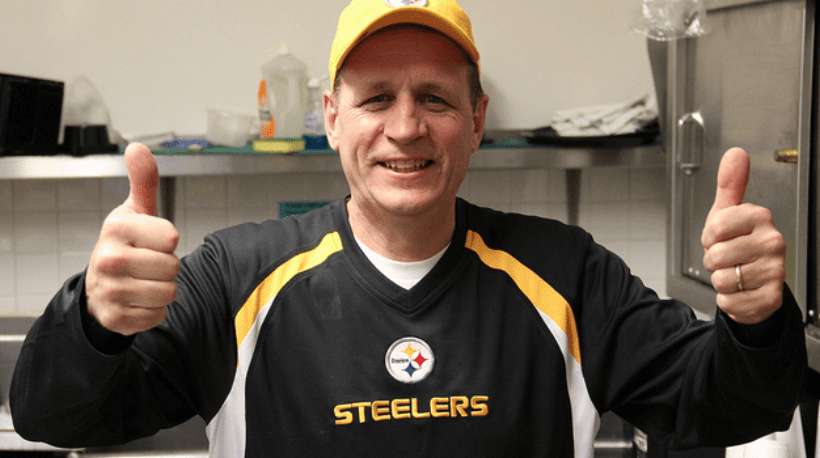 “Well, isn’t that convenient?” How many times have you said that in your life?

Sometimes the universe just seems to be looking out for you. These AskReddit folks shared the most convenient things that ever happened to them.

“I ran out of gas on a long one lane bridge with a gas station at the end on the left side of the road.

Had enough momentum to get over the bridge, had a large enough break in traffic to turn left without braking, and saw that one pump was open on the correct side of my car.

Rolled into the station and didn’t even need to touch the brake to stop at the pump.

I should also mention the bridge was flat so I didn’t have any hills to help me out.

I’m pretty sure my lottery chances are shot with all the luck I blew in that one minute.”

2. Right person at the right time

“I got on the wrong bus and didn’t even realize until it made the first stop.

I got off there and was in a panic of what to do since I had to be somewhere at a certain time.

The first stop was a college campus I had never been to. I saw somebody going out to her car, who turned out to be a professor, and I went to ask her about a bus that ran from the school.

She just asked where I needed to be and she gave me a ride to the place for free.

“I started a new job and about 2 months later they announced that everyone was getting laid off as they were moving the billing office to another branch in a different state in a few months.

As an incentive they offered up to $2,000 bonuses for the people who remained the longest to clear up all remaining balances to make the transition more easy.

I ended up convincing my old manager at my previous job to re-hire me a few weeks after the announcement.

Months later after I had left I ended up getting a check in the mail for the full bonus amount which I cashed ASAP.”

“When I was maybe 15 or so, my mom told me to go to the doctor to get health report (for some documentation, it’s a long story).

I didn’t want to go, so I lied that I went and the doctor was on vacation. Later, she comes into my room saying, “So, I called the doctor to make sure…”, and I’m like “OH SH*T”, and then she continues “So, you were right, she is on vacation indeed.”

I still can’t believe this happened.”

“I was cycling in a very isolated area, exploring my province, when one of my tires blew.

I wasn’t even carrying any repair tools with me, so I was left with the only option to walk back 20 miles to the nearest village and either look for help or cancel my trip and take a bus back home.

Not 1 minute after I started walking two cyclists appeared on the horizon.

They happily fixed my tire and I was able to complete my ride. Montreal – Percé.”

“In 2010 my dad was at a hotel across the state. Two things you need to know about my dad: he is always hot, and he is very stubborn. So he goes to open the window in his hotel room but it was jammed and wouldn’t open. So he yanked on it until he popped a tendon in his arm. He went to the hospital and got rushed back to our city, it was a big deal because if he didn’t have surgery within 72 hours he would likely lose use of his arm.

But he got the surgery, workman’s comp paid for it because he had been on a business trip, and all was well. But then the hotel called, saying they wanted to compensate him so that he wouldn’t sue. My dad assured them he is not the suing type, he recognized it was his own fault, etc., and even offered to sign something saying he wouldn’t sue, but they were insistent on providing compensation. So finally, my dad told them he wouldn’t even know what to ask for.

The hotel, who was affiliated with Holland America Cruise Lines, replied and said: “how about a free cruise for four anywhere Holland America sails, and $10000 to get you to the location of the port?” So he said… yeah okay.

So the summer before my senior year of high school, me, my parents, and my best friend went on a Mediterranean cruise that went through Spain, Monaco, Italy, Greece, and Croatia, and the cruise/travel cost us nothing. It was f*cking amazing.”

“Once I was about to get a haircut which would have cost me £9, however I only had £7 as I spend £3 earlier that day. Now I had to get this haircut otherwise I would have been killed by my mum as she is the one who gave me the money for that specific reason.

So there I was sitting and hoping I would be able to negotiate something, with each passing minute I was getting more nervous. When a miracle happened. A man approached me and told me that he is in a hurry and will pay for my haircut if I give him my space. And on that day for a minute I believed in God.”

“Was overseas for a conference and I had taken a tour on the weekend before it, and met some peeps. One was a group from America and the other a girl from Germany. As the tour wound down I gave out my email address and told them to contact me so we could do something the following day.

The next day I go have lunch with the Americans first, and I’m on a train back in the direction I’m staying in, but wasn’t too sure around public transport at the time. I get a call from the German girl who asks if I’d like to have coffee with her in a certain suburb. As she says that I look up, the train door opens and it has the suburb name on the wall. I climb off the train, walk out the station and she’s right there.”

“I had an AMEB piano exam coming up and I was supposed to have prepared two extra pieces, one of which the examiner would ask me to play (but you don’t know which one they’ll pick of course).

One, I had nailed. The other, from the very beginning, was a piece I never really liked much and I’d only learnt the first couple of pages – the rest of the piece would probably sound like someone playing it for the first time. Honestly, I didn’t give that piece nearly as much time as I should’ve.

So I went into that exam just HOPING the examiner would pick my good piece. Exam day came around and the examiner picked the piece I could only half play. CRAP.

Then, by some incredible alignment of the stars, she says ‘I’ll just get you to play to the end of the second page.’

“The job description literally was “off-role job, you have been notified”

I thought it was a joke, I applied on it anyway. Turns out Its one of the biggest Automobile giants in world desperately needing a graphic designer who is ready for an off-role job.

Its EXACTLY 12 minutes ride on Motorbike to and 17 minutes fro.

Got a chill boss who’s barely 9 years older than me and completely fine with me showing up 45 minutes late to work EVERYDAY as long as the work is done before I leave ON TIME.

Some perks of my job

This is absolutely a dream job for a second job.”

“Back in 2003 when you could fill at the pump then pay, I filled my car and went in to pay.

The guy said that pump didn’t register a sale.

Told me to have a nice day.

Guy across the street sees the for sale sign and asks how much.

“Married the girl next door.

We were friend and neighbors for almost a decade. We were frustrated being single and did the “hey! wanna date.”

After we got married moving her in was a friggin dream! We kept the 2nd apt for 2 months, that was fun too. She didn’t have to change her address.

Now that I think about it, we might be the laziest happily married couple.”

“One time I got into the wrong line when boarding a plane, but the attendant said “go on ahead” and instantly upgraded me to first class.”

“Went island camping with a friend of mine on a little sail boat. We did not have a gas stove to heat our food in, we instead had a metal frame that used firewood.

Unfortunately, where we landed was void of any sort of wood. I’m convinced this was Deus ex machina at play here , but we conveniently found a store-bought log of firewood in this tiny island.

Would have starved without it.”

Let us know if you found any of these stories… a bit too easy? Hmmmm?