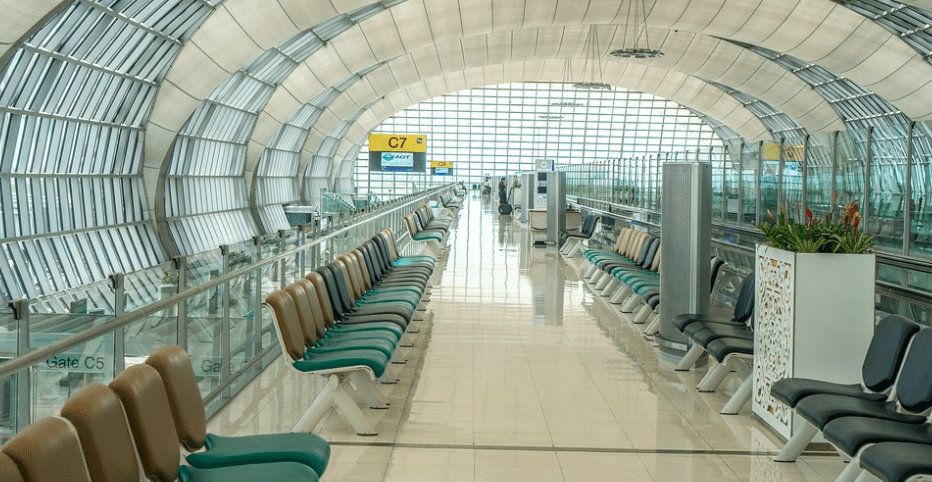 People Share the Weirdest Things They’ve Ever Seen at Airports

Airports are the true melting pots of the world. You get a cross-section of every kind of person on the planet: old, young, all different colors, sizes, religions, etc.

Considering the spectrum, it’s no surprise that you tend to see a lot of weirdness at airports as well, to which these AskReddit users can attest.

1. I need your number

“Working at the check-in in Geneva when a business class passenger going to London asked for my number. I said politely that I was flattered but no thanks. Then, he calmly asked to talk to my supervisor who came. He asked him for my number. My sup was quite embarrassed and told him that we’re not allowed to give personal details anyway.

He asked him to give me personal permission to do so and my sup tried to make him understand that he couldn’t force me to give my details. I was very professional all the time that guy spent in front of me, trying not to laugh or get upset. He finally took his things and went out without saying goodbye.

Two days after, we received a complain from London about my supervisor and me not willing to accommodate a very important customer of the company and we had to explain all the thing to the customer service department. I kept on seeing this guy every week for 3 more years before I left this job.”

“Flying out of a little regional airport (Bozeman, MT I think) on the first flight of the day. Its like 7am and there are maybe 10 people total booked on this thing.

I show up at the airport around 5am to check in, etc. but the airport is closed (no lights, no guards, locked doors). Ok, I think, no problem, they probably don’t make a big deal about getting things set up early.

7am comes and goes, and there are 10 other people all really f-cking confused with me at the front door of this, apparently unoccupied, airport. This guy pulls up in a truck and says “you guys looking for the 7am flight?” Well yes, obviously… He says “oh, they MOVED THE AIRPORT LAST NIGHT. Terminal is around on the other side of the runway.”

Luckily we made the flight because they didn’t tell the flight crew either, but certainly my most wtf airport experience.”

“Was going through Louisville when this young guy working the scanner called desperately for backup because he had found “An Israeli satellite dish” in somebody’s luggage.

Middle aged woman walks over and picks it up. It’s one of those aluminum pasta drainers with a pattern of holes in the bottom that looks like a star of David. She says “It’s a colander.”

“I was sitting at my gate at the Denver airport a couple years ago when the guy who was overhead making announcement accidentally ended it with, “love you bye”.

“I was at a regional airport in The Philippines and saw a blind man leading a “conga line of other blind people.”

There were about seven of them in total and everyone wore dark glasses and dark clothes, and the guy in the front was feeling around with a white cane. Since he was weaving throughout the airport it caused everyone in the line to move in a zigzag.

By far one of the weirdest things I’ve ever seen.”

“Saw some lady losing her sh-t with TSA at the Nashville airport on Friday because they found a pocketknife on her and she refused to give it up because it was a family heirloom. She kept cursing and trying to bargain with them because “It was just a little knife so just let me take it on the plane!”

I was randomly selected for a pat-down because my carry-on bag had my top tier of my wedding cake in it, so, I got to see this lady’s whole meltdown while waiting.”

“This isn’t weird, exactly, but I was in the Phoenix airport, having a terrible night (it was actually about 1 am), My flight was cancelled, the hotels were all full. I was heading back to the waiting area to sleep on the floor and I heard a little sob. I looked around and saw a man kneeling on the dirty carpet, proposing to his girlfriend with a HUGE diamond. At least someone was happy in that airport that night.”

“1. A woman eating cole slaw from a gallon ziploc bag with her hands.

2. I had a super early flight, and was in line for security with ahead of this girl who was clearly still drunk from the night before. She was slurring her words, dropping things and didn’t know where she was. I thought for sure she was going to throw up or pass out. Security noticed how trashed she was, and took her away from the line. She started crying and was saying “Nooo please don’t, please please please don’t.”

“I forgot my iPad on the plane so had to wait until everyone got off so I could go back and get it.

People stopped getting off so I go back. One guy is still in first class, sleeping like a baby.

I grabbed my iPad from the pocket where I left it and as I’m leaving the plane, EMS is boarding. Dude was not sleeping peacefully.”

“Flying out of Orlando I was in the TSA line and this lady in front of me has a full a– jar of pickles put up on the table. I believe the TSA agents informed her that the amount of liquid in the jar exceeded the acceptable amount, so naturally the woman picks up the jar and drinks half of it. It was too early in the morning for that sh-t.”