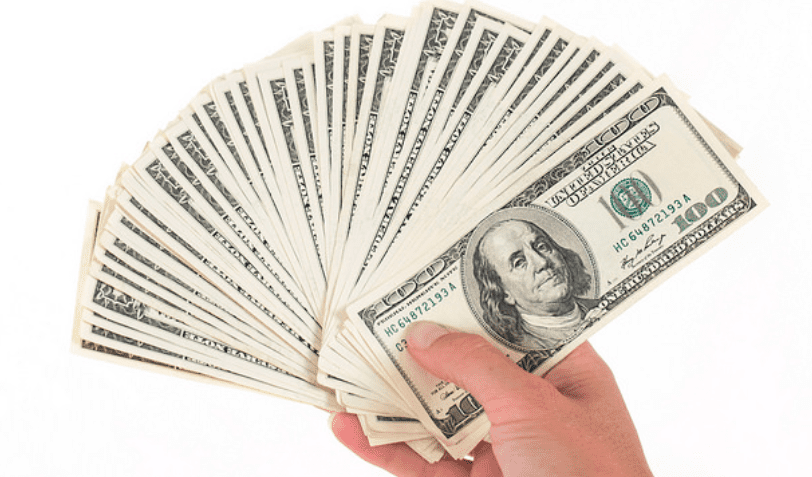 Even though you need a job, sometimes it just becomes too much to handle, and you have to walk away (hopefully with dignity, but if not, that’s okay too).

Men and women of AskReddit went on the record to share their tales about when a job just wasn’t worth the money, any amount of money, anymore.

“I work in childcare at a big-a** megachurch. Every Wednesday I show up at 630 am and just work my butt off getting ready(we have a women’s bible study then youth group, then a men’s). I generally work 11 hours a week, all in one shift (I’m 15 so I mean). Anyway, three weeks ago the main pastor comes in afterwards and just loads like, three hours of f**king maintenance work on me. I’m a mandated reporter, I did tons of paperwork to get the eligibility for this job. I just said “nope.” Then I was escorted off the premises.”

“Standing in the -18 freezer trying to find lost samples while my extremities slowly go numb trying to find one tiny sample among the thousands and thousands of frozen samples. Wouldn’t mind as much if someone had actually labelled the boxes properly and put them in the right order.”

“Hey, you’re early, great! This lady was about to throw up and didn’t make it to the toilet could you clean it up? And then clean the mop…

Hey, I don’t like the ribbon colour on those 50+ gifts you wrapped yesterday, could you cut off all the ribbons and throw them away, then wrap the gifts with this new ribbon?”

“Story time: Worked loss prevention at a big brand store a few months ago (minimum wage). They consistently f**ked me over on the hours. The one day of the week I couldn’t work the night shift due to a class, you bet your ass they assigned me there every other week.

One night, near closing time, a roughed up dude who’s clearly homeless and tripping balls comes in to the tools department, takes a toolset, looks left and right, then proceeds to shove it down his pants (front). “Supervisor” (he had his LP cert, I was still working on mine) radio’d in to tell me to either detain or slow him down while he can get there to apprehend. He knows I can’t legally detain him. Regardless, I basically play tag with this dude back and forth between the aisles. All of the sudden I see the dude pull a syringe out of his crotch and full on charge at me to try and stab me. Needless to say, I noped out and let him go. A minute later, out of breath supervisor arrives and immediately starts going off on me for letting him go “so easily”. I handed him the radio, the identifying piece of uniform, flipped him off and left.

Never went back, never answered any of the HR calls. Two weeks later I started my current job in the financial sector for nearly double the salary, and haven’t looked back.”

“25 meter seas in the North Atlantic ocean. It was cool for an hour, then 2 days of wishing I had chose another career…

Deckhand on a ship in the oil industry. I still do it 12 years later and have not experienced more than 18 meter seas since. Seeing the world keeps me at it.”

“Listening to one of my idiot supervisors tell me how I have more than enough time to do my job and extra sh*t. He literally knows nothing about my department. Hell they don’t pay me enough to speak to him. So I won’t.”

7. Came into the kitchen?

“I work at a small health cafe and one morning a group of teenage white girls on some kind of school trip came in and basically ordered the whole menu. We’re more of a “come in and quietly enjoy yourself” place but they stayed in for about an hour and made a ton of noise gossiping and putting their food on IG. Kicked the lot of them out when one of them came into the kitchen to get a selfie.”

“2008 and the economy was in free fall and I need to pay the rent. I took a job within my field that pays 1/3 my previous job. I had to. The job was something I am uniquely qualified for, but the boss treated me like the interns and students he usually had. He systematically wore me down, like all his other employees with insults and forcing the work to be redone over ridiculous reasons. At 5 months I walked because he was berating me and I was gripping my chair so I wouldn’t punch him in the throat.

If I had attacked him, I wouldn’t have been the first.”

“~10 an hour, working as a Registrar for an ER. One of my first ever shifts on my own. Sh*t is going down, it’s an unexpectedly busy evening. I’m the only employee in the ER that handles admitting record transfers to other floors, and we’ve got a lot of them.

I’ve got consent forms plastered over my part of the counter, as well as the place where my partner usually works. A nurse helping with a patient that had to go to the floor before I could transfer him has already yelled at me as she wheeled him by my station. I know his room, and I’ve gotta find time to get his consents signed later. There’s someone waiting for an after-hours eye surgery registration, which I have to do in the other office next to the ER, and it’s very time sensitive. I’m alone because I’m cross-trained for both departments.

At some point, I put my hands down on my counter, took a deep breath, and decided enough was enough. I was ready to walk out right then and there. Medical staff won’t stop doing their job because the record transfers and registrations are wonky.

But, if I go, there’s no-one else doing my job. They don’t pay me enough for this, but I’m needed at this point.

I survived the night without too many mistakes, had many more where I was on point with the chaos, and I’m now in a grad degree to work in Healthcare Admin, because as crazy as healthcare gets, you never go home asking if your day mattered.”

“So I’m a chemistry PhD student, and at this point I’m doing full time research (most science headlines you read are actually based on the work of grad students) and my field utilizes a lot of chemical that explode on contact with trace air or moisture.

Notable among these compounds is tert-butyl lithium, commonly called t-BuLi. It’s feared for it’s exceptional reactivity. Squirt a couple drops of this stuff out of a syringe and you have a flamethrower. I’m not exaggerating. this is serious sh*t that people die from.

Now I’m highly trained in using these compounds, I know how to minimize all the risks associated with using them, and I have fairly good hands as far as chemistry is concerned. That being said there’s always a part of me when I’m using an entire bottle (50-100mL) at once where I think:

“Christ. I’m not paid enough to throw my life in danger like this.” I mean I’m barely paid at all, despite producing the intellectual property that universities make millions off of. And yet here I am… The reaction works beautifully and there’s no other plausible way to do it. Plus, this is in the first step of a longer synthesis so you have to do it on a large, preparatory scale to make enough product to carry through all the other steps.

“Every day at work.”

“My team of grown ass humans suddenly forgot how to send email.”

“Co-worker gets in a fit of rage and destroys the nearest inanimate object.”

“Blood and sh*t all over the bathrooms while cleaning at a high school wrestling match.

I was actually just helping my aunt clean since the bleachers are hard for her, but f*ck. Those bathrooms.”

“When my boss told me that we all chip in to buy milk and tea at work. We’re minimum wage employees, no other bosses I know of makes their employees pay for milk.”