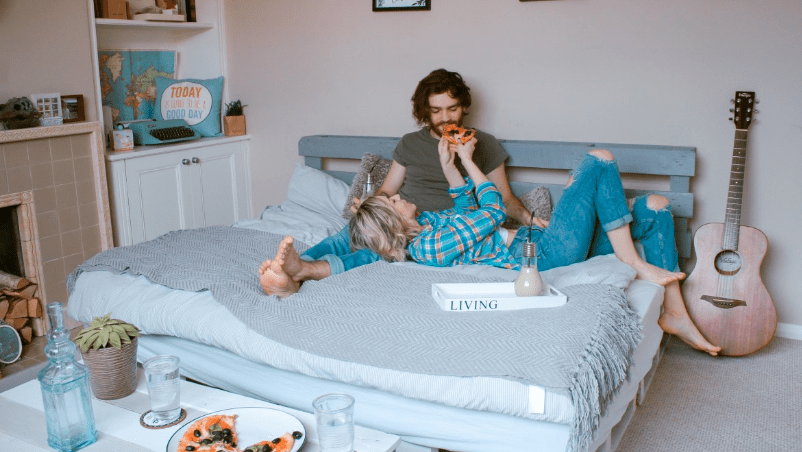 Moving in with a significant other is always eye-opening. New routines, new pet peeves, new EVERYTHING.

In this AskReddit thread, people share what surprised them most about living with their partner.

Me – however method to madness Her – organized

Her – “I cleaned up and organized everything”

“Apparently the cat I raised since she was a kitten and loved more than life itself is more than willing to abandon me and love someone else much more in a blink of an eye.”

“If you and your partner are in different rooms one of them will randomly decide to just “check in” by opening the door, smile and then going back to their separate room.”

“After living with him for 4 years, I opened a drawer of “his” dresser… And it was empty. All of it. Apparently he thought it was my extra dresser.

He doesn’t use a dresser. Clothes get washed and put into a “clean clothes” hamper. He puts socks and underwear in his bedside table.

Now I’m wondering what other furniture in our house is empty??”

“Learning that there’s a wrong way to fold towels apparently.”

“He peed in the sink.

“How different our versions of ‘clean’ are.”

“How often I’d be helping her find her car keys.

Eventually, I put up a hook that I was able to get her in the habit of using.

Made me tear up a little at the time, but a couple weeks after we split I remember getting a text from her that said “I miss being able to find my keys.” “

9. Your hair is everywhere

“The hair, man. It gets everywhere.”

“I was told that we would start arguing and being miserable.

It ended up feeling like a super awesome constant sleep over.

Don’t let people scare you into not moving in with a significant other if that is what you both want.”

I was living with my parents since I traveled for work and only made it home one or two weekends a month. she moved in with me at my parent’s house, we had one room to store stuff; my bedroom. we bought things we’d need when we moved out when we saw a deal too good to pass up and she stored them

we just bought a house and still have some boxes left to unpack. I will call her at work and say something like “hey, do you remember that blue paper clip I like to use? I can’t find it.” she will tell me which room, which box, what container, and what is beside it, just in case I still can’t find it.”

“How much I actually talk to myself.

I never had any roommates, aside from one for like the first two weeks in college before I got moved to a single room, so I was used to just talking to myself out loud like nothing.

After we moved in together and she kept asking “Who are you talking to?” and “Did you say something?” I realized that I actually talk to myself quite a bit.”

“I have never observed my wife put a bobby pin in her hair.

I have found thousands of bobby pins in our house.”

“I always knew women went through TP faster than men, but I never knew how much faster they did.

It got to the point, I’d just grab a pack of TP whenever I went to the store for any reason.

We may not be out at home, but we will be soon I reckoned, and I was never wrong about that.”

15. Enough with the pillows

Where did these come from? Why do we need them? If they’re just in the way, can we put them in storage? No? Ok, babe – whatever you want.”

So now that we’ve read THOSE stories… we want to hear from you.

What are the stories that you have about your significant other AFTER you moved in with them?

Drop those in the comments, fam!