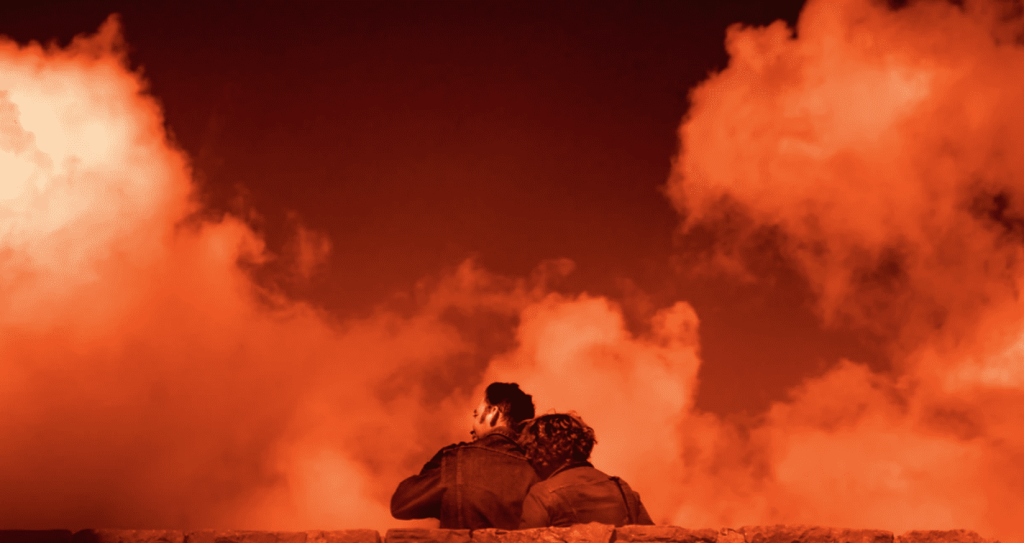 People Talk About Fascinating Mysteries That Were Never Solved

Like many people of my generation, I grew up DEVOURING the TV show Unsolved Mysteries in the late 1980s and throughout the 1990s.

Not only were the stories interesting and creepy, but Robert Stack’s narration always added an extra layer of terror that gave viewers the shivers.

I loved it and I still love it!

And now the show has been rebooted on Netflix which is good news for all of us!

What are some mysteries that are still unsolved…?

“The disappearance of the Sodder children in 1945 West Virginia.

House burned down in the middle of the night, parents and several children make it out alive. No trace of the remaining 5 kids is ever found.

Most likely explanation was the fire burned long and hot enough to leave no physical evidence, but that’s hard to do in a house fire, particularly when multiple victims are likely in different locations.”

“What happened to the ninth Roman Legion?

The last we hear of them is being stationed in Britain, and then there’s no mention of them in the historical record.

Maybe the mob whacked them?”

“In the 1850s a boy and girl were observed in a field a very short time before an explosion was observed where they were.

I saw a morgue photo of the girl’s face and it didn’t ring any bells. Whether other photos exists, I don’t know.

After all this time it’s unlikely that this mystery will ever be solved.”

“Where is the Amber Room that disappeared from Königsberg?

The greatest collection of amber and potentially intact fossil DNA. It disappeared after the Nazis seized it, potentially to the Soviets.

It is a mystery…”

I really wanna know who did it and why. And I really hope the answer is:”because I could”.

Who would intrude a television signal to broadcast such nonsense instead of something “useful”?

“The teleportation of Gil Perez. Allegedly a soldier was teleported from the Philippines to Mexico City, without knowing how it happened.

It’s unknown if the story is real or just folk tale, but it was always an interesting thought.”

“What really happened to Elisa Lam at the Cecil Hotel.

We have been given many theories, but virtually no good information.

If you’re unfamiliar, Elisa was found dead in a hotel roof water tank in Los Angeles several years ago!

Police thought accident or suicide but the masses are super skeptical.”

“Jack the Ripper is a good one.

There have been so many theories over the years…ranging from the Prince of Wales and an illicit affair, a Jewish immigrant and many more.

It always fascinates me because I don’t think it will ever be solved.

And depending on which rabbit hole you fall down some theories are quite plausible.”

“The mystery of Roy Cleveland Sullivan and why he specifically was hit by lightning 7 times.”

How can we forget that!!”

“The Yuba County Five were young men from Yuba City, California all with mild intellectual disabilities or psychiatric conditions, who attended a college basketball game at California State University, on the night of February 24, 1978.

Afterwards, they stopped at a local market for snacks and drinks.

Four of them were later found dead; the fifth, Gary Mathias, 25,
has never been found.”

In 1986, he and his wife were leaving the movie theater and some guy just ran up and shot him in the back.

The case was never solved. Someone was arrested and convicted, but the conviction was overturned.”

“I’m pretty upset that we’ll never know exactly what was lost in the burning of the Library of Alexandria.

Also we will never know how much that knowledge could’ve advanced us by now.”

My theory is he faked his jump from that plane, and was still on board hidden somewhere when it landed.

It’s generally accepted that he worked in aviation, or was very familiar with aircraft. He knew to choose a flight operating the Boeing 727, which was one of the only aircraft of it’s type with an aft airstair door, and also how to unlock the door and lower the airstair mid-flight, something that even the cabin crew were not trained to do.

Jumping out over a remote area, within the benefit of a predetermined drop point, or being in contact with someone on the ground which wouldn’t have been possible in 1971, would have been suicidal. Even if he’d survived the drop and landed safely, he’d likely have died of exposure or hypothermia unless he was picked up or reached shelter soon.

My theory is; Cooper locks the flight crew in the cockpit, then opens the aft door, throws out two parachutes and a small portion of the ransom money to make it look like he jumped.

Cooper then waits for the confusion to die down and walks away with his money in hand, wearing the uniform of a cop or airport ground crew which he either changed into or had hidden under his suit all along.

Realising that the bills were marked and that he could never deposit them or spend them without attracting attention, Cooper either destroyed them or hid them somewhere and waited for the heat to die down which hasn’t really ever happened, going back to his normal life instead.”

Tell us about the unsolved mysteries that interest you in the comments.