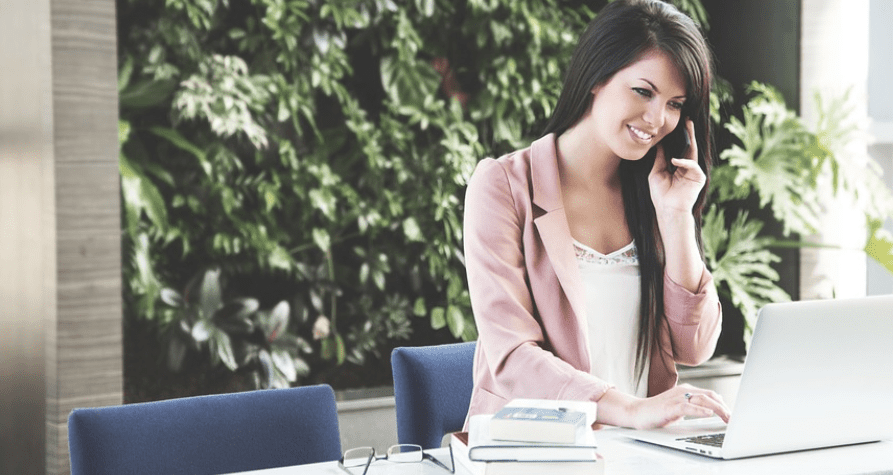 15 People Share Their ‘Fake It Until They Made It’ Stories

It’s an old adage that is 100% true. No matter what the situation (work, school, sports, life in general, etc.), you gotta fake it until you make it. That’s the way to see what you’re made of (and in my experience, it usually works out for the best).

AskReddit users shared their experiences, and we can all learn a lot from them. So pay attention!

“Went to grad school for applied math, got my first job working in banking.

There are still at least 100 acronyms I don’t know, but I learned how to say things like “the trick is just finding that balance” until the meeting is over and I get to go back to my nerd stuff.”

“In 90 days I faked knowing how to do my job as a temp and was hired on full time.”

3. Turn that frown upside down

“I used to be a high school teacher. There was a 12 year old who was one of the least likable children I had ever worked with. He had neither charm nor looks, personality nor intelligence. He was sullen, resentful, belligerent, disruptive, and permanently sour-faced. When he entered the room, my heart would sink.

Then I remembered how my mother told me that when me and my sisters were little and life was very busy, she would get up early to get some chores done. Only sometimes we would wake up too. She said that when she heard our feet on the stairs, her heart would sink, because she knew she wouldn’t get her chores all done now. But she had made a promise to herself, that none of her children would ever be made to feel unwanted. So when we put our head round the kitchen door, we were always greeted with a smile and a cheerful “Good morning!”

It occurred to me that in this lad’s life, no one was ever pleased to see him. Not his mother nor his father, not his teachers nor his siblings, and he had not much by way of friends. He was nothing but a nuisance – a pest and an annoyance – to everyone who knew him. And that was heartbreaking. So from then on, whenever he came into my classroom, I greeting him cheerfully and asked how he was doing. Believe me, that smile was faked. I didn’t feel it at all. Until one day I did. I actually began to care for him. And sometimes I even got a half-smile back.”

“Currently faking my job being harder than it is. My boss has been super impressed with my work so I see no reason to work harder since I’m at a set pay. So I spend about 6 hours a day on Reddit and my boss tells me I’m the best worker on the project.”

“I faked feeling comfortable in a new culture and forced myself to speak the language even though I was very bad at it and felt like an idiot (also had a bit of social anxiety, but I needed to learn somehow!). It took about a year till I was fluent and reasonably integrated.”

“Had horrible postpartum depression after one of my sons was born. I was not bonded with the baby at all. I was protective of him, but didn’t feel like he was my son. It was awful.

I told my mom about it when he was about 1. She said “take every opportunity to call him ‘my son’. Tell him you love him. Act as if you are bonded, and it will happen.”

By the time he was 3, I was head over heels in love with him. It absolutely worked. It took some time, but it worked.

To anyone out there going through something similar, it’s ok. It’s unfortunately more common than you think. But because you feel that way now doesn’t mean you will always.”

“Cold calling. I was terrified to pick up the phone and call complete strangers to get information out of them. So to compensate I literally puffed out my chest and forced myself to speak loudly. After the first 30-40 phone calls I became much more comfortable and eventually got pretty good.”

“Knowing how to code. Took me about a year before it felt like I knew what I was doing.”

“Faking through my anxiety has helped me get to the other side of a lot of it. I didn’t want my kids to grow up with fears based on my anxiety, so I just power through stuff when I am in front of them.

Faking confidence in front of my kids has given me confidence as well.”

“I had no experience operating equipment so nobody would hire me. So I lied and said I had lots of experience and gave the name of a small contractor for a reference. I got hired to run a line skidder.

Two hours later I was fired, but I learned how to start the skidder and untangle the winch line I snarled up. (in my defense it was an old Timberjack that had so many levers you had to be an octopus to run it). The next job I had I used the first company and the last one for references and almost made it to the end of the day before I got fired.

On my third try I told the owner that I had some experience but had a long way to go before I could say I was good at running the machine. He hired me and put me to work beside and old pro and I never looked back.”

“I once tricked my coworkers in a removal company into thinking I’m a supervisor so I could sit idly and order them around instead of working myself. All it really took was a different colored company shirt and a keychain with an ‘ID card’ (just a random white card). The owner of the company caught me and promoted me to supervisor because “you already know what to do”. I tell this story all the time and people tend to not believe me but it’s true.”

“Bullied through grade school. Grade 9 was good though. I started lifting weights in grade 10, got really big in a year, and acted like “don’t mess with that guy” guy. No one messed with me, at school, outside of school, it was pretty awesome to have such a deterrent.

I actually have a huge heart, pretty gentle person, but the front worked. Probably still works to this day. Just from being physically fit, I also developed good posture, developed good eye contact and communication skills.”

Found a job which was a perfect fit for me, other than it required being proficient in MATLAB. I decided I knew C and JAVA so I was sure I could figure it out. Every task that required MATLAB I just worked feverishly, hacking together what I could from pre-existing code and online help, and then went home and Googled what I needed to know on my own time. I took one of Mathworks online training classes.

In about 3 months, I was suddenly the most proficient MATLAB user on the team. Turns out, most of the team was terrible at MATLAB, and basically just wrote Fortran code, not using any of the advanced features available.”

“My confidence. As soon as I started faking being confident I just was. Same goes with any quality you want.

Impatient? Fake being patient and you’ll become a patient person

Angry? Fake being a calm person and you’ll become calm

But don’t fake it like you’re trying with half-ssed effort. You really got to try. Obviously this doesn’t work if you’ve got a biological condition that isn’t caused by what you’ve done with your own free will.”

“Just about everything when I was a new nurse. I wasn’t even allowed to place an IV or draw blood as a student. Soooo much of what you do is a first experience. You learn quickly that telling people you’re new doesn’t exactly inspire confidence. You have to have good enough judgement to know when to ask for help versus a non dangerous situation that can be figured out on your own.”