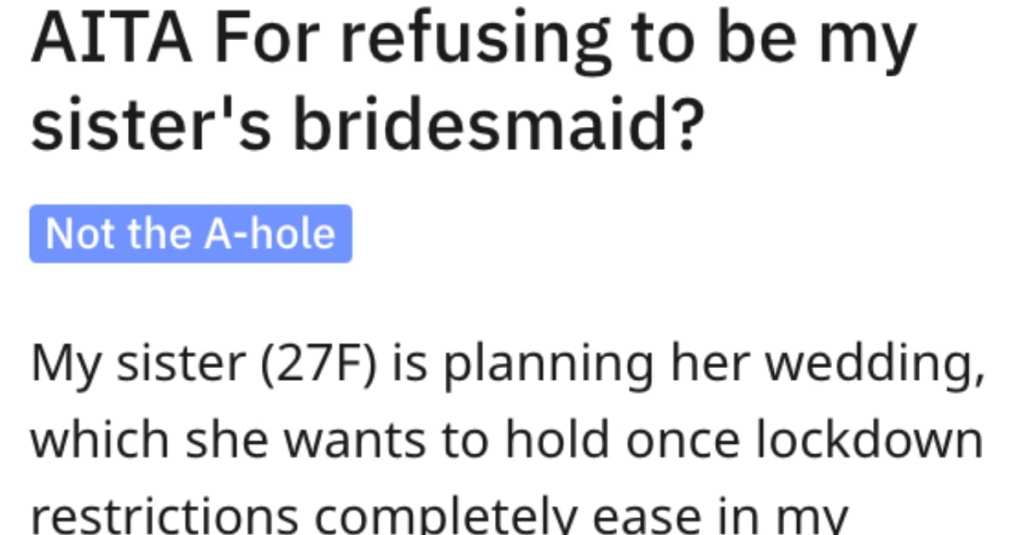 It doesn’t happen ALL THE TIME, but it seems like a lot of crazy things and family drama starts to go down when people decide to get married.

And we got a hot one comin’ right at ya!

A transgender female-to-male person asked if they were a jerk for refusing to be their sister’s bridesmaid.

Let’s see what happened in this story from Reddit’s “Am I the *sshole?” page.

AITA for refusing to be my sister’s bridesmaid?

“My sister (27F) is planning her wedding, which she wants to hold once lockdown restrictions completely ease in my country.

The two of us have always been close so naturally I was expecting her to come to me if she needed any help. What I wasn’t expecting was for her to ask me to be her bridesmaid.

I came out to her as transgender (FTM) eight years ago, she has continued to use my dead name and she/her pronouns when addressing me, and I always figured it was to avoid outing me to any of our more conservative relatives (of which there are many). As it turns out, she just simply doesn’t see me as being “really trans” even eight years on from the time I initially came out.

So yes, she called me up a few days ago in an excellent mood and breaks the news to me that she wants me to be her bridesmaid. I’m shocked and a bit hurt, and I wind up basically calling her a b*tch for even suggesting that to me. She says she has always wanted to have her sister as a bridesmaid and I have to remind her that she does not, in fact, have a sister.

She hasn’t called me since, even though she usually calls me daily, and I’m worried that I may have gone too far in expressing my anger at her, this is her big day after all and I may have dampened her mood. I don’t know whether I should be the one to reach out first and apologize for snapping, or if I should wait for her to call first.

Here’s how people responded to this story.

This reader pointed out the obvious: the person’s sister is definitely transphobic. 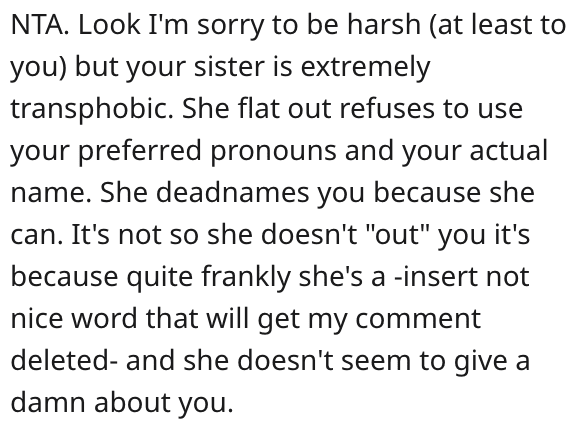 Another Reddit user said that the person’s sister has had literally years to get used the new identity and that there’s no excuse for her behavior. 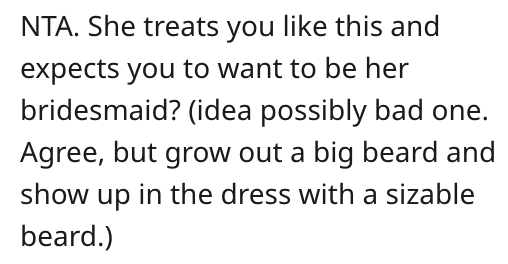 Another reader said that this person has every right to be angry about their sister’s behavior, and they are speaking from experience. 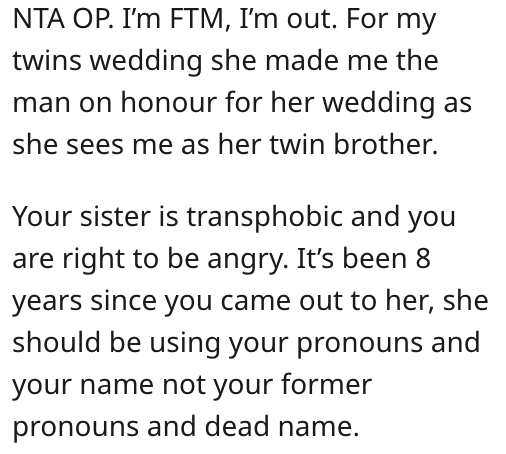 Lastly, this reader made it pretty simple: the person’s sister can either accept for the way that they are or they can’t. Period. 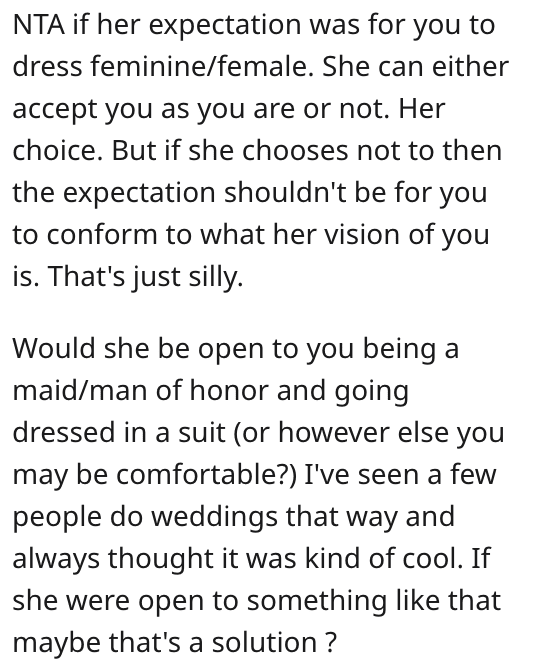 Should this woman be her sister’s bridesmaid or not?

Talk to us in the comments and let us know your thoughts!