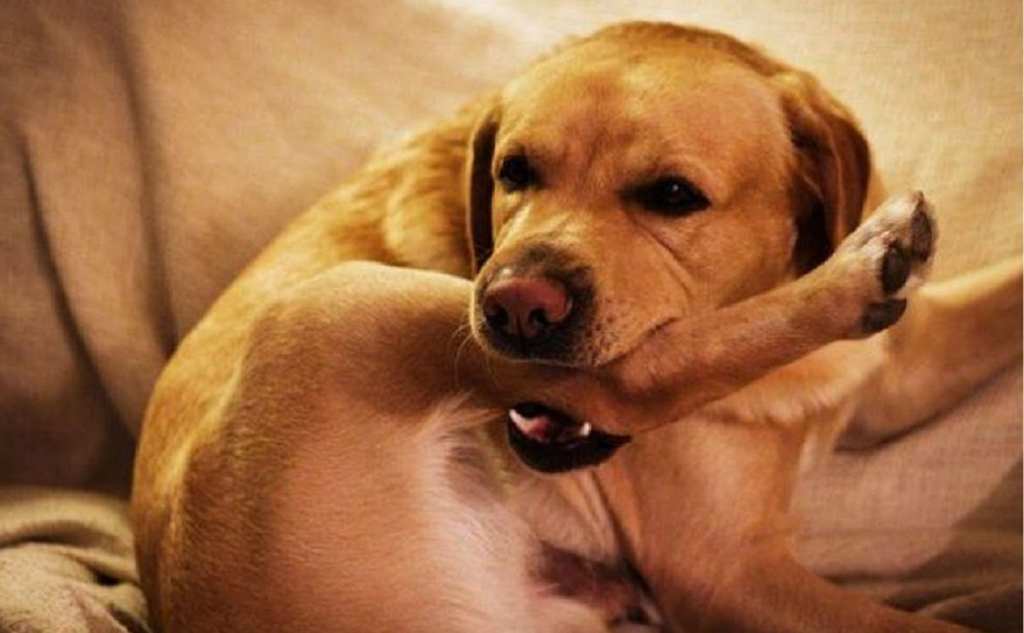 Pet Owners Recall the Dumbest Things Their Animals Ever Did

We all love our pets dearly…buuuuuut, they’re kind of dummies.

I know we like to brag about how smart our dogs and cats are, but the reality is, they’re wild animals that we’re allowing to live in our houses. They’re gonna do a bunch of stupid stuff that we’ll have to clean up/fix.

Took my pup to a buddy’s house and went fishing off of the dock. The pup thought that the lily pads were grass and he could walk on it. Not so much.

We have the world’s stupidest dachshund. One time he sneezed next to a kitchen cabinet and hit his head on the door. He barked at the cabinet for hitting him.

We have a long hair cat that absolutely loves water. Like turns the faucet on to lay and play in the water. we were gone for a long weekend and left a neighbor in charge of watching the house. On Sunday morning they called and asked “Hey, how good is your home owners because its raining in your kitchen”

Turns out the cat turned on the faucet, laid in the sink until their hair clogged the drain then ran for drier pastures. From the looks of it the water ran for somewhere around 24-30 hours. Flooding the upstairs bathroom and going through the floor into our kitchen. In our 115 year old house.

I was feeding my snake (live mice) and the mice dodged his attacked. He ended up biting himself and tried to eat himself. I had to pry his mouth open with a butter knife to get himself off himself.

My English bulldog managed to eat a roll of paper towels. I ended up having to hold him with my left arm as I pulled poop covered paper towels out of his butt like pulling some of those Clorox bleach wipes out of the cylinder. The noise he made, almost howling, haunts my dreams to this day.

When I was little I had a fox terrier that loved to jump up and catch bees with his mouth. The bees then would proceed to sting the dog in his tongue and die. My dog would spend an hour with an inflamed tongue and gasping. Then he would do it all over again.

The worst part is that he actually taught my other dog, a German Shepherd, how to do this. So you would see the two morons with their tongues out gasping for hours. Dumb.

Cat was playing around in a shopping bag and tried to exit the bag through the handle, which got stuck around her neck. She then freaked out and raced around the house thinking the bag was after her, because the bag was attached to her around her neck. When I found her she was hiding in a corner of the house, bag still attached, pee all over the cat and in the bag.

I have a Basset Hound. His name is Hollis. He’s overweight (as Basset are wont to be), and really likes people food. We never let him have it–on purpose.

One time, we heard him yelping in the kitchen, so we went to see what was happening. He’d gotten into some wasabi from the trash can. He was eating it and crying at the same time.

My dog ate a bunch of kitty litter followed by a ton of water. She had to have surgery.

My dog digging up a wasp’s nest under the deck, then fleeing back to the house in a wasp-nado. We weren’t able to find the nest afterward.

The next day (after having a couple of stings), she decided that she was going to show those wasps some canine justice. She went under the deck, started digging with determination, and then fled with the equivalent of “OMG HALLLLLLP!!!!!” She ran back to the house, swarmed with wasps yet again.

When my dog was a pup he jumped out the window of a moving car to chase a deer. When he hit the ground he rolled like 5 times, then got up and ran until he calmed down.

My cat liked to catch bees. Being a cat, she also liked to bring me her “kills”. There’s nothing like waking up in the morning to your cat dropping a pissed-off injured bee on your face.

Picked up an upside down frisbee. Started running. Wind pushed the frisbee up, over his eyes. Ran full pelt into a tree. Still loves frisbees.

Linus boldly charges out of the apartment front door, only to realize he is terrified of anything past that doorway. But instead of walking back inside, he flops over on his side, and does a sideways shuffle/self-dragging motion to get himself back in. The one time he was seemingly brave enough to do further exploration, we brought him down to the mailbox late at night when there were no other people around. Nope. Not okay. Pee everywhere.