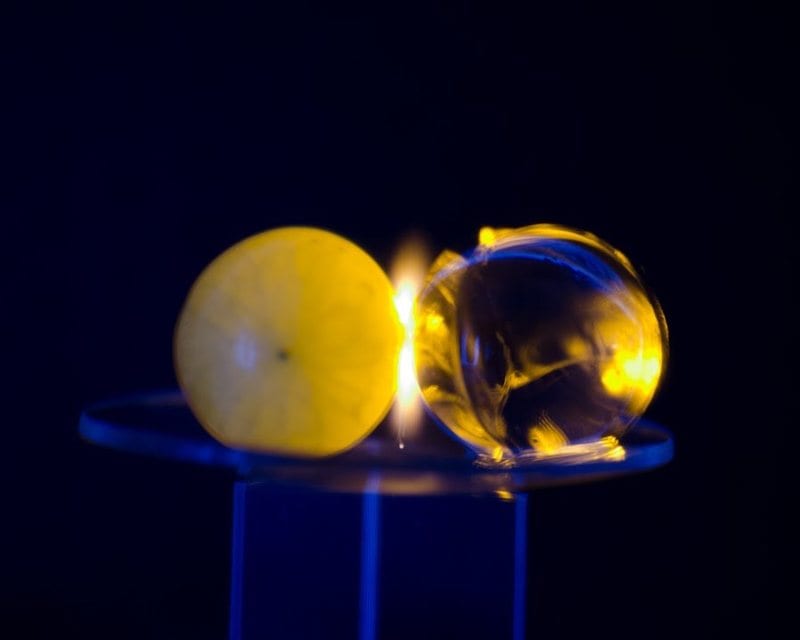 In “weird science” news, scientists have finally figured out why grapes explode into flames in the microwave.

Most folks have never had a reason to microwave a grape, because why would you. But if you did cut a grape into half and plop it into the microwave, it would spark and begin to spit out bright plasma.  It’s a strange, mysterious phenomenon, and sciences have finally figured out why it happens. 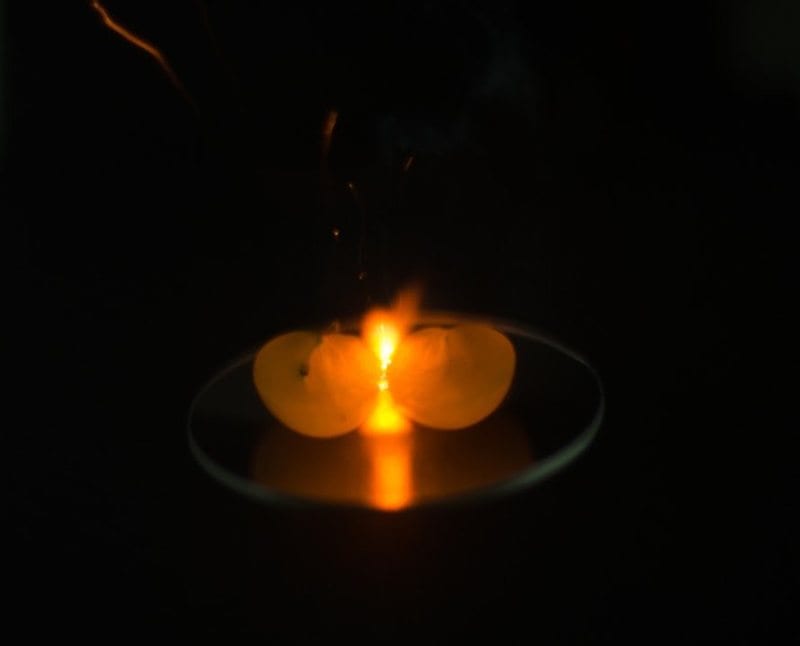 Physicists at Concordia University experimented with microwaving a variety of grapes, as well as other round grape-like objects like hydrogel bead, cherry tomatoes, and water-filled quail eggs. They proved that any of these objects behave the same way in the microwave. The grapes don’t even have to be cut for it to work – two peeled grapes side-by-side will also ignite.

Several years and 12 dead microwaves later, the team settled on a theory. Grapes are made mostly of water, which reduces the wavelengths of microwaves. The microwaves become so small that they’re smaller than the grape. 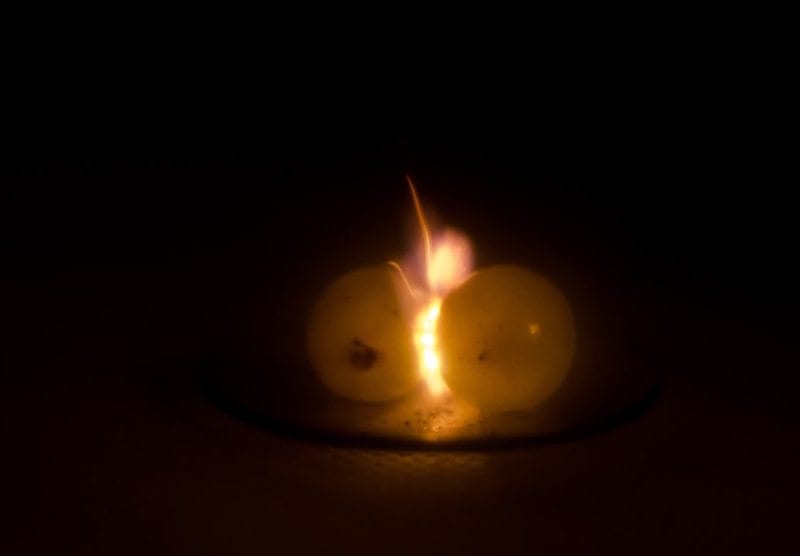 “Microwaves can get trapped inside the grape,” study author Pablo Bianucci explained. And when two peeled grapes are side-by-side, the waves “hop” from one to the other.

“This hopping results in a very strong electromagnetic field in between the grapes,” he said. That field ionizes the sodium and potassium ions in the grapes… and boom – fireworks.